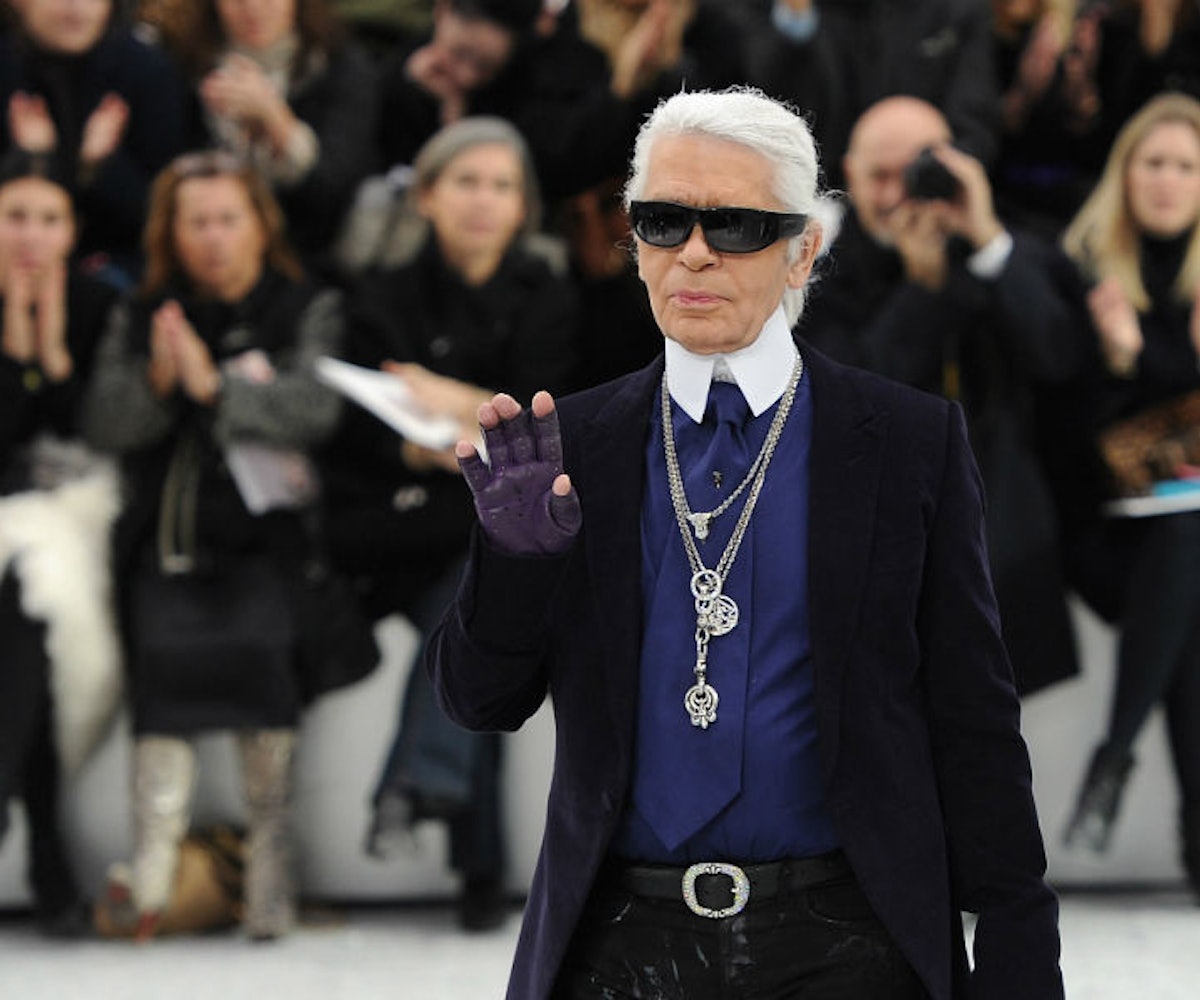 According to reports, fashion designer Karl Lagerfeld has died at the age of 85. The news followed rumors of Lagerfeld's declining health after he failed to bow at the finale of Chanel's couture show in January.

"It is with deep sadness that the house of Chanel announces the passing of Karl Lagerfeld," read a statement provided by the fashion house to WWD. It added: "A prolific creative mind with endless imagination, Karl Lagerfeld explored many artistic horizons, including photography and short films. The house of Chanel benefited from his talent for all the branding campaigns related to fashion since 1987. Finally, one cannot refer to Karl Lagerfeld without mentioning his innate sense of repartee and self-mockery."

Lagerfeld has acted as the creative director of Chanel since 1983 and Fendi since 1965, as well as his own eponymous label. Over his six-decade career, he was renowned for being one of the most creative, influential, and hardworking designers of his time. According to WWD, he worked up until the end, "giving instructions to his teams for the Fendi fall ready-to-wear collection due to take place in Milan on Thursday."

Virginie Viard, the director of Chanel's fashion creation studio will take over the creative work for the collections.