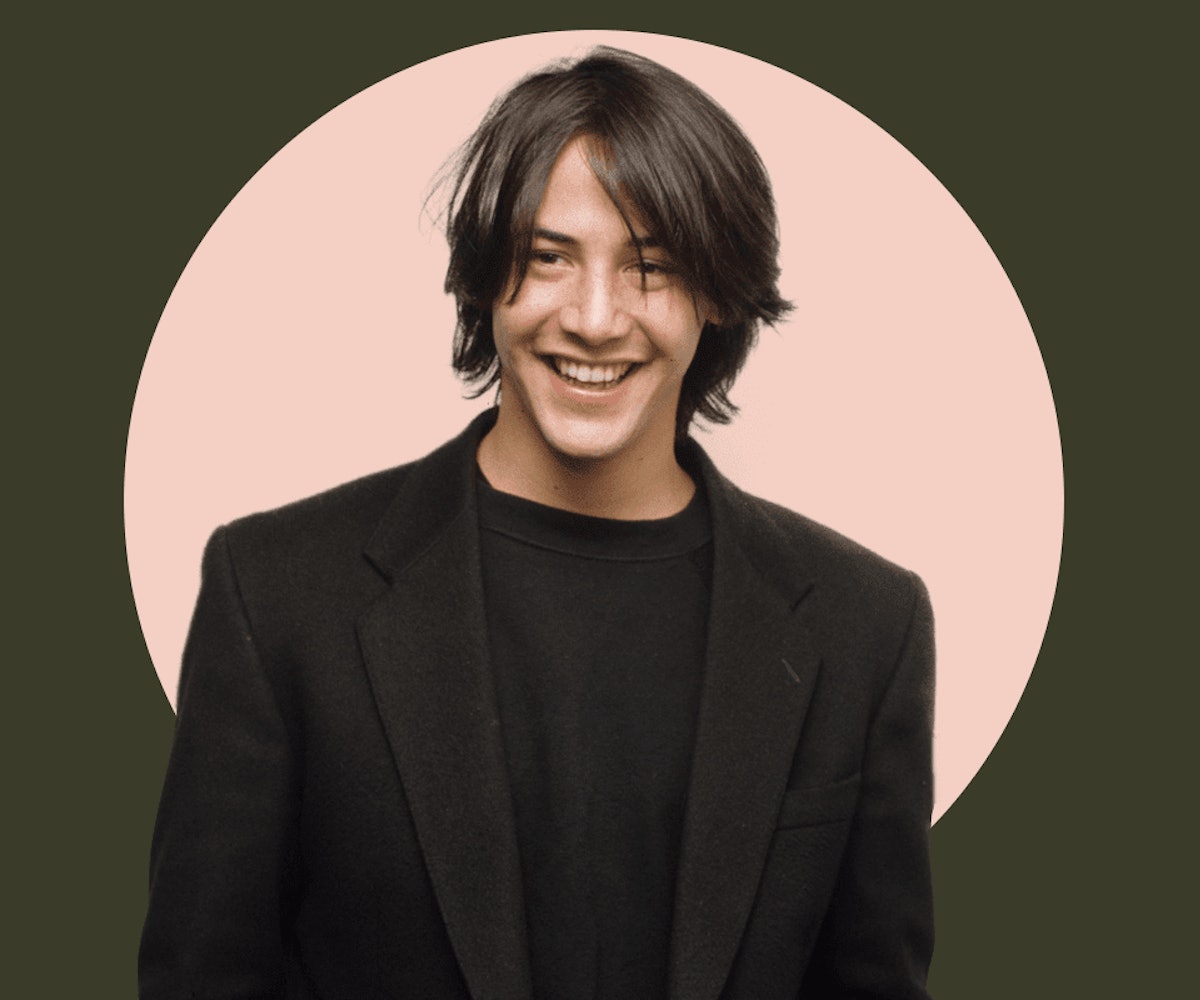 Pop quiz, hotshot: Who is the coolest action star of the past 25 years? The answer: Keanu Reeves.

True, the 54-year-old doesn't seem like a worthy candidate. Sure, less than a quarter of his starring roles are action movies. And the genre has traditionally relied on muscular meatheads, whereas Reeves? He's a skinny punk; a surfer-type who earnestly calls people "dude." He's zen. He played late-'90s rock on The Tonight Show. His name literally means "the breeze."

By May 17, none of that will matter with the release of John Wick: Chapter 3 — Parabellum. In the latest sequel, Reeves returns as the super-assassin with a $14 million price tag on his head. The trailer alone has motorcycle chases, sword fights, and Reeves on horseback. And you thought Reeves wasn't an action superstar? No. Way.

While Wick's story may or may not be coming to a close, this is the perfect time to look at how Bill's best bud Ted became the action star, or, more fittingly, "the one." This month, The Matrix celebrated its 20th anniversary. In June, Speed turns 25 years old. Both featured smaller-than-average production budgets, lack of confidence from studios, and pre-production headaches. Once released, both movies were massive box office hits, cementing Reeves' status as an action icon. Today, Reeves has aged gracefully and still stands atop the genre.

Early in his career, no one would have predicted Reeves' success as an action star. Though he had a minor action hit with 1991's Point Break, the actor was cast as the typical pretty boy in movies like Bill & Ted's Excellent Adventure and Bram Stoker's Dracula. By 1994, Reeves' status changed when Speed became his biggest box office hit, making $350 million worldwide, easily recouping its paltry $30 million budget.

Speed remains a breathtaking roller coaster that piles on action sequences. Reeves plays Jack Traven, a Santa Monica cop tasked with saving passengers on a bomb-strapped bus that can't go below 50 mph or it'll blow. Through two hours of nonstop thrills, Reeves remains calm, never letting obstacles get in his way. He shrugs off shooting his partner in order to get a clear shot of the maniacal villain, played by Dennis Hopper. And, of course, he guides Sandra Bullock to jump the bus over a missing highway section. Who could stay composed in that situation? Keanu, that's who—but don't just take it from me. In his four-star review, Roger Ebert remarked that Reeves had been previously cast as "dreamy, sensitive characters. That's why it's sort of amazing to see him so cool and focused here."

As much of a success as Speed was, Twentieth Century Fox had little faith. Director Jan de Bont cast Reeves because the actor was more vulnerable than someone like Sylvester Stallone. With a then-unknown Bullock cast opposite Reeves, Fox didn't have the need for Speed, and money ran out before the movie was completed. But then, after first previews ran with animated storyboards to show its final scenes, studio reaction was so positive that Fox rushed to give de Bont the funds needed to complete the movie. After more positive test screenings, Fox bumped up the release date to the beginning of summer, a risk that paid off, propelling de Bont, Bullock, and Reeves to A-list status.

Then, even as more generic action movies were released, things were about to change dramatically as Reeves and The Matrix re-energized the genre in March 1999. Here, Reeves stars as Thomas Anderson, a bored computer hacker who discovers "the real world" then becomes Neo, a superhero who battles machine-like "agents." Like Speed, studio heads didn't think much of The Matrix until it made bank.

An idea directors-screenwriters Lana and Lilly Wachowski had been working on for years, The Matrix was greenlit by Warner Brothers late into pre-production after artists Steve Skroce and Geof Darrow created a 600-page storyboard/comic book of the film. Further production headaches came when Carrie Anne-Moss (Trinity) and Hugo Weaving (Agent Smith) suffered injuries on set. Reeves was also training in a neck brace as he recovered from a herniated disc. Stunt coordinator Woo-Ping Yuen initially refused to work on the film, but then agreed after the Wachowskis met his rigorous training demands.

Though it went over its schedule and budget, The Matrix would gross more than $463 million worldwide, nearly seven times more than its estimated $63 million budget. Domestically, the movie remained in the top 10 at the box office for three months.The average movie runs for a month. Critics said the movie raised the bar for sci-fi/action movies. By 2000, The Matrix had won four Oscars. By 2012, The Matrix was selected for preservation in the National Film Registry by the Library of Congress as a work of "enduring importance to American culture," alongside titles such as Breakfast at Tiffany's, The Times of Harvey Milk, and 1957's 3:10 to Yuma.

Key to the success of The Matrix is Reeves, who remains grounded as he learns Kung fu in five seconds, as he tries to jump buildings, and as he shakes the dust off to face Agent Smith. Reeves' typical response to all of it is "whoa." No matter if he's taunting Laurence Fishburne's Morpheus during a fighting simulation or dodging bullets, Reeves plays it cool.

After The Matrix trilogy concluded in 2003, Reeves had a billion-dollar franchise to his name. He then carved out a career of underappreciated gems (Constantine, A Scanner Darkly, Thumbsucker), big-budget flops (47 Ronin, a remake of The Day the Earth Stood Still), and passion projects (Man of Tai Chi, Generation Um…). After all the non-hits, perhaps he knew what fans had known all along: His best work was as the suave action dude who, in the face of insurmountable odds, always comes out on top.

By 2014, Reeves announced, "I'm thinkin' I'm back," in the pulp action flick John Wick. By quadrupling its $20 million budget, Reeves resurrected his action star status. In 2017, Reeves returned with John Wick: Chapter 2, a bigger financial and critical success than its predecessor. In a nod to his past, Chapter 2 reunited Reeves with Matrix co-star Fishburne.

As the newest Wick opens in May, it's bittersweet to think that Parabellum might be the end of another action chapter for Reeves. However, looking back on his career, seeing how he's repeatedly returned to the top of the genre with the odds stacked against him, one thing is certain: It'd be silly to bet against "the breeze."