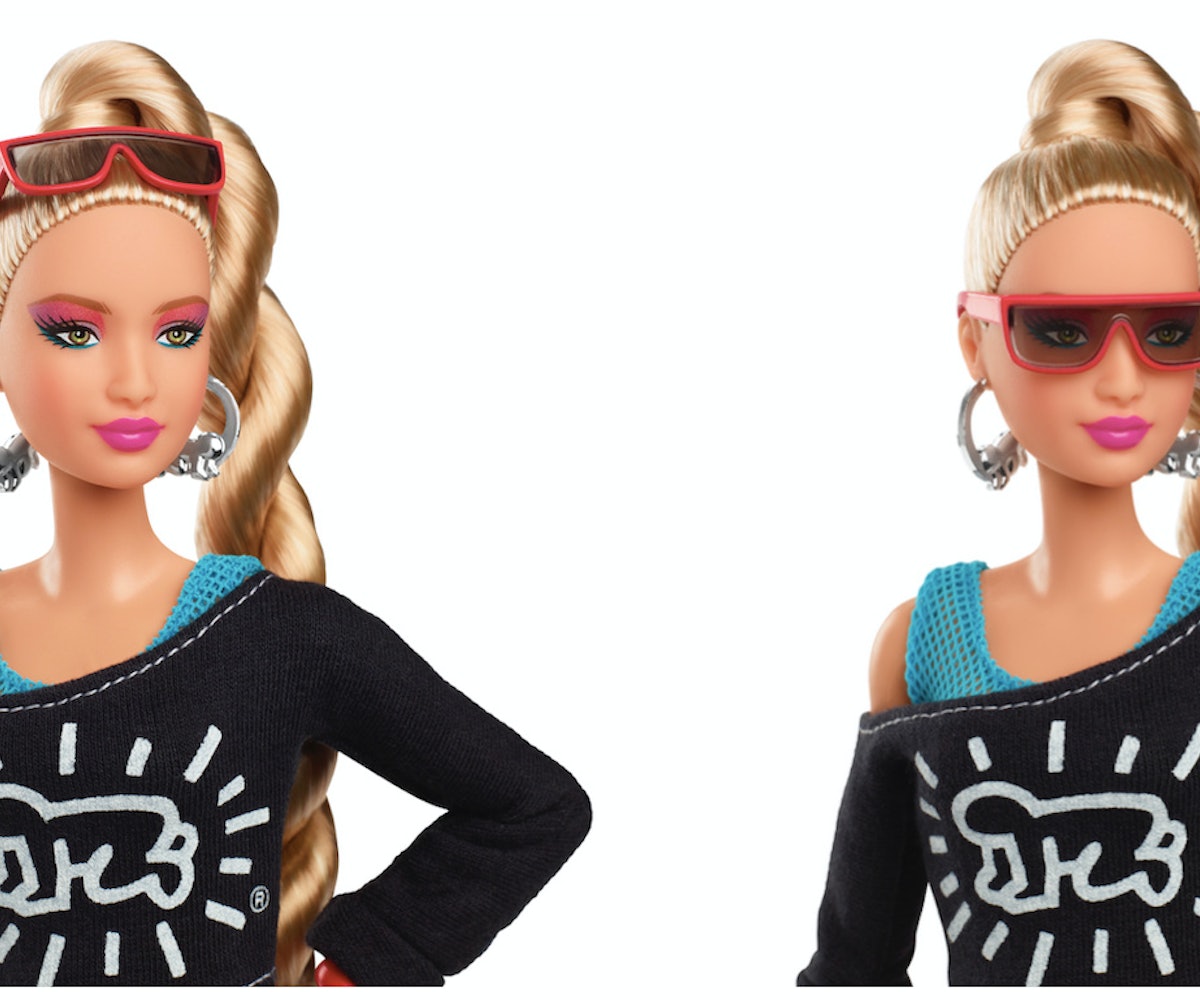 Turns out Barbie is just as into Keith Haring as we are. It was announced today that the iconic doll is getting a revamp courtesy of a Haring-inspired outfit, and the only bad news is that it doesn't look like these clothes come in adult sizes.

Haring, who died in 1990, is best known for his pop art style and graphic dancing figures, though his work was also concerned with social issues, especially AIDS and queer acceptance. In the last several decades, Haring's work has been incorporated into collaborations with brands like Coach and Alice + Olivia, so it's only fitting that Barbie would come next.

Barbie's Haring-inspired outfit features the artist's "Radiant Baby" drawing on her off-the-shoulder shirt and earrings, and his dancing figures on her hot-pink pants and white ankle boots. To top it off, Barbie's carrying a metallic bag with a Haring illustration of a boom box, and trendy red sunglasses.

Naturally, the entire outfit has a very '80s vibe, and, just as naturally, we're into it. Have we mentioned yet that we really need those boots in our closet? Because we do.

The doll is now available for $50 in retailers across the U.S.