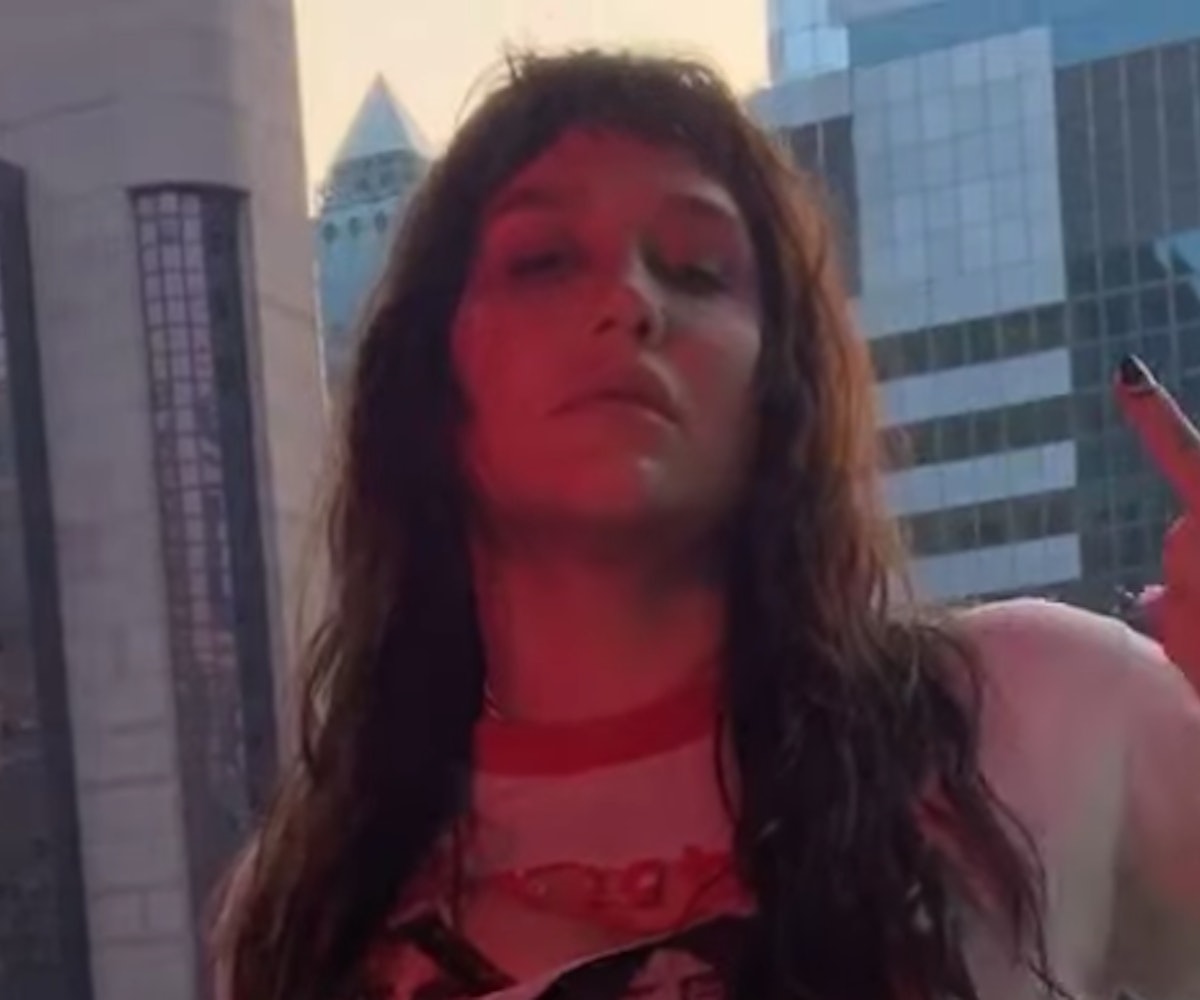 Kesha released a new song which basically just lists out all of the ways the world would be better if it wasn't ruled by rich, white, straight men—and it's my new favorite song.

The three-minute song points out that it would be logical if our country had things like universal health care, free college, and equal pay—and didn't have things like borders and laws that let religious store owners discriminate against gay people. And what if, Kesha asks, "You were a lady"? "Then you own your lady parts/ Just like a man goes to a dealership/ And then he owns a car," she responds. Sounds like common sense, but yet, it isn't right now.

The chorus of the song repeats the chant, "What if rich, white straight men didn't rule the world anymore?" followed by a maniacal laugh. If we are to believe Kesha's lyrics (which we do), everyone who isn't a rich, white, straight man would be better off for it. And, considering our government has been run by a bunch of people who fit that description and who have been stripping rights from people who don't look like them, we definitely think they should stop being put in charge of everything.

Listen to "Rich, White, Straight, Men" while watching Kesha repeatedly flip them off, below.