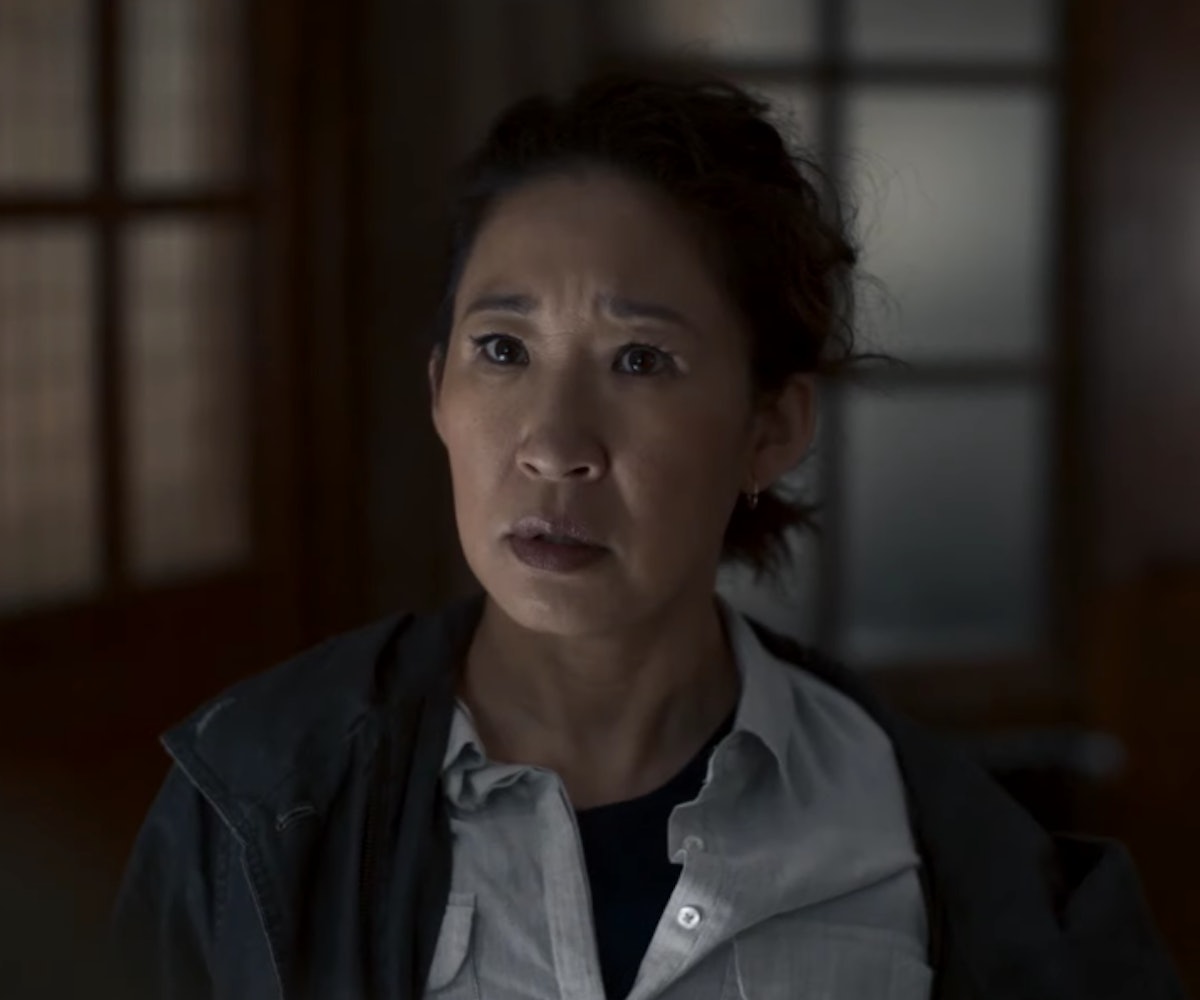 BBC America just released a new trailer for Killing Eve, and it looks like Eve isn't doing so well not knowing where Villanelle is. Long distance relationships are hard, after all.

Set to the tune of a cover of Björk's "Quiet," Eve (Sandra Oh) and Villanelle (Jodie Comer) keep up their cat-and-mouse game, which seems to be giving Eve a headache. "It feels like I'm losing my mind a little bit," she says, after clips show her laughing maniacally and loading up on sweets to fuel her search for Villanelle. Meanwhile, Villanelle rocks at least half a dozen disguises in this one-minute clip alone, which is having me excited for the myriad of looks that she'll pull off throughout the upcoming second season.

The new trailer also shows us that Eve's former boss Carolyn (Fiona Shaw) has taken her back on, and renewed her task of finding Villanelle—that is, "if she's alive." Of course, it seems like nothing could kill Villanelle at this point, after she somehow survived a gnarly knife stab from Eve at the end of the last season. She's healed and back up to her usual schemes: attacking an unsuspecting businessman, plotting ways to show her love to Eve, and just ruining the lives of anyone she comes into contact with. (Case in point: She tells a fashion influencer who wants to capture her amazing outfit to "get a real life." I'm living!)

Season 2 of Killing Eve premieres on BBC America on April 7. Watch the first trailer, below.