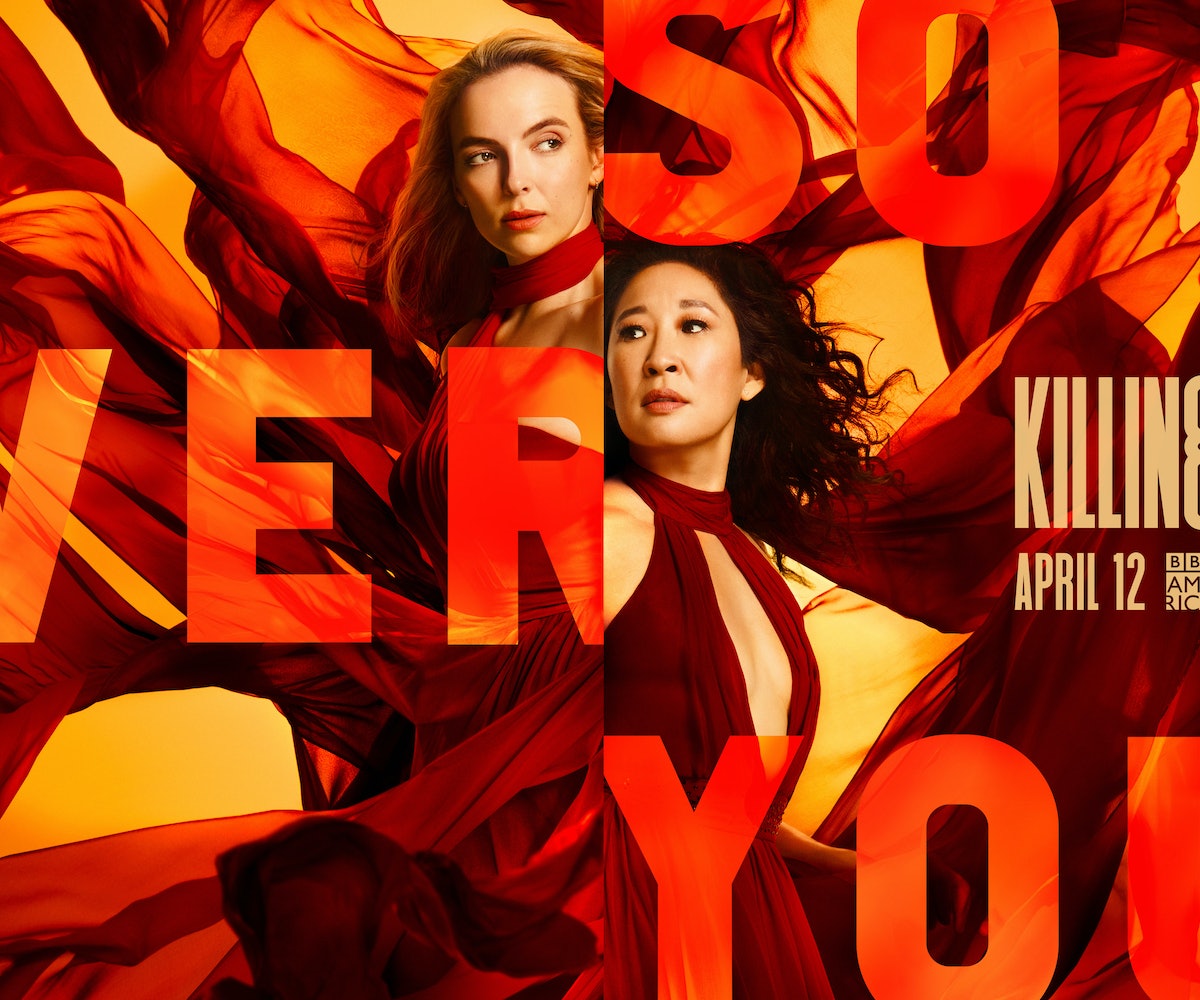 There's some truly glorious news for viewers who couldn't wait a second longer for more Killing Eve. AMC Network has announced that the Killing Eve season three premiere date has been moved up by two weeks. Previously scheduled to return to BBC America and AMC on April 26, season three will now begin on April 12.

AMC Network confirmed news of the earlier than expected launch in a press release, Deadlinereports. In a statement, Sarah Barnett, president of AMC Networks Entertainment Group and AMC Studios, acknowledged that current events helped spur the decision. "We know how adored this series is and we know how keen people are for great content right now," Barnett said. "This season of Killing Eve digs deep psychologically, and with actors like Sandra Oh, Jodie Comer and Fiona Shaw the results are nothing short of astonishing. We literally couldn't wait for fans to see it."

According to the network, this third season will see the return of Villanelle (Jodie Comer) and Eve (Sandra Oh). Although details regarding the new episodes remain sparse for now, a description of the season does promise that "all seems fine until a shocking and personal death sets them on a collision course yet again. The journey back to each other will cost both of them friends, family, and allegiances…and perhaps a share of their souls."

Along with Oh and Comer reprising their roles, this third season sees the addition of some new faces including Dame Harriet Walter (Succession), Danny Sapani (Harlots), and Gemma Whelan (Game of Thrones) among others.

Season three will officially premiere on April 12 at 9/8 central time. Episodes will be simulcast on BBC America and AMC. To get in the mood for the premiere, watch the latest trailer for season three, below.