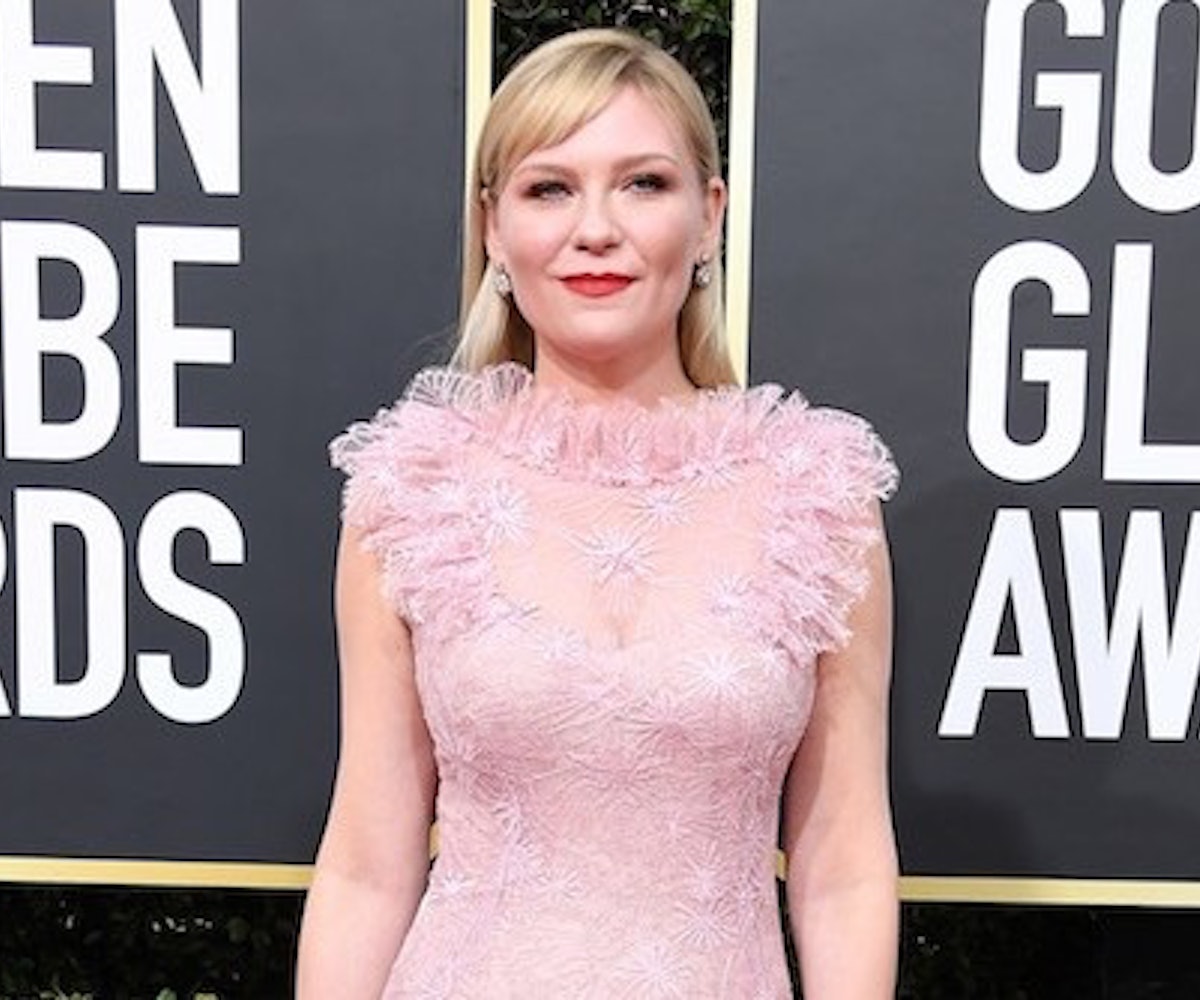 It's been four years since Kirsten Dunst last graced the Golden Globes red carpet, and the actress returned with a sartorial bang on Sunday. Nominated for the Best Performance by an Actress in a Television Series award for her role in the Showtime series On Becoming a God in Central Florida, Dunst arrived at the 2020 Golden Globes dressed in Rodarte. Styled by Liat Baruch, her pink embroidered gown keeps her cemented as a Rodarte muse. According to an interview with E!, Dunst picked out the lace herself with designers Laura and Kate Mulleavy.

Dunst previously attended the awards show back in 2016 for her work in Fargo, which garnered her a nomination for Best Performance by an Actress in a Limited Series or Motion Picture Made for Television. (Before that, she was nominated for Best Supporting Actress in a Motion Picture in 1994 for playing Claudia in Interview With a Vampire at 11 years old.) During an appearance on Sirius XM's "In-Depth With Larry Flick" from August 2019, Dunst expressed her concern over her lack of award recognition throughout her career. "I feel like a lot of things I do people like later. I've never been recognized in my own industry. I've never been nominated for anything. Maybe like twice for a Golden Globe when I was little and one for 'Fargo.' Maybe they just think I'm the girl from 'Bring It On,'" she said. "I just feel like, 'What did I do?' I am so chill. Maybe I don't play the game enough."

Here's to hoping she nabs an award on Sunday night. We already know she's always a winner when it comes to the red carpet.

See more of Dunst's red carpet look from the 2020 Golden Globes, below.