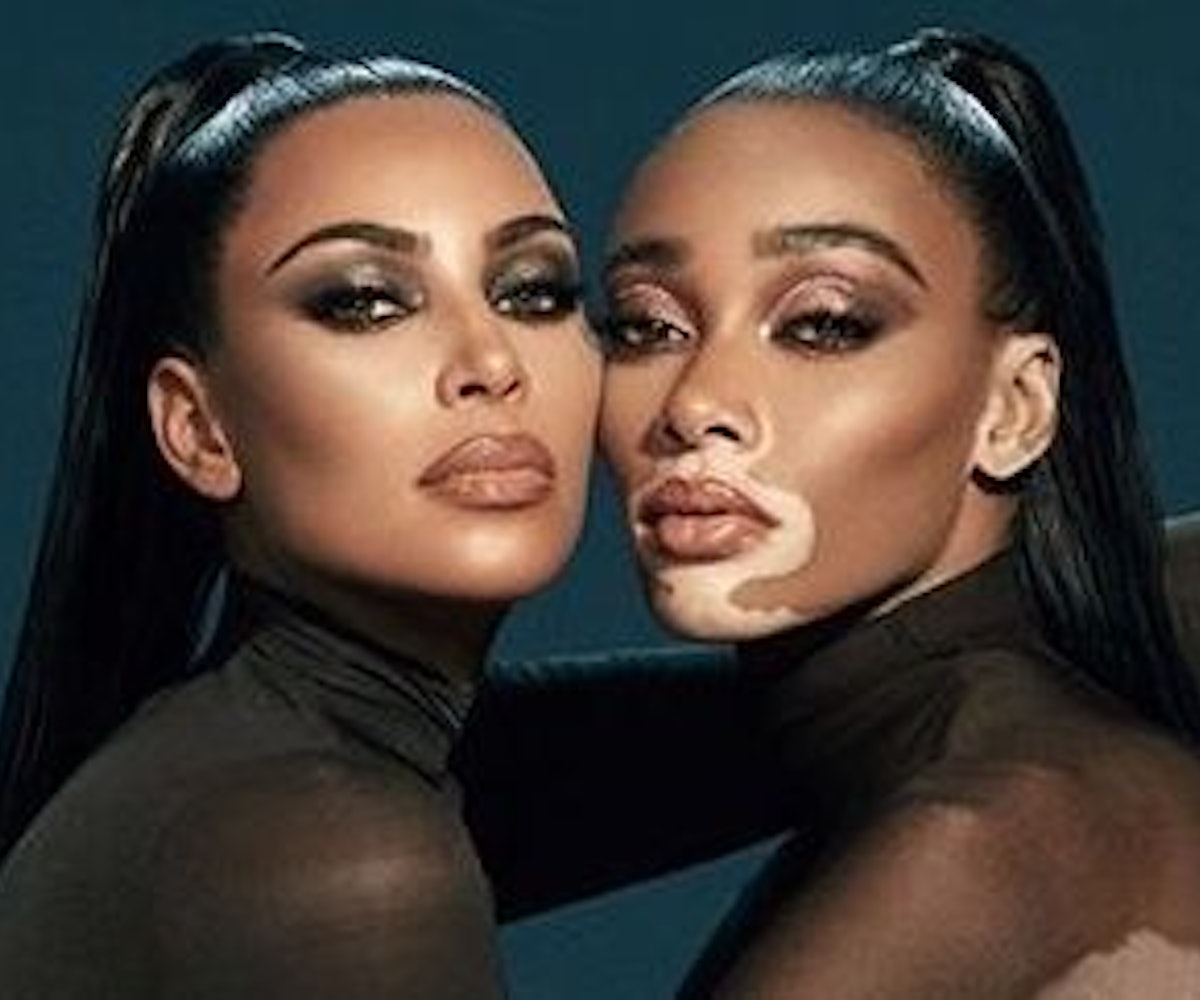 Another beauty collab is coming, and this time, it's from KKW Beauty and Canadian model Winnie Harlow. Brand founder Kim Kardashian West took to Instagram yesterday to announce the collaboration in an Instagram post, along with campaign photos where the pair looked eerily similar with sky-high ponytails and matching eyeshadow looks. While some are excited for the collab, many people aren't thrilled.

"I'm so excited to announce my new KKW x WINNIE Collab!" West shared in the caption, adding that model is the "definition of a true beauty," and someone she respects and admires. The coming collab—set to launch on September 13—will feature a 12-pan eyeshadow palette ($49), a highlighter duo ($26) and three glosses ($18 each or $42 for the set).

The bulk of criticism beneath West's post focused on Harlow—who came under fire in the past, most notably for her disparaging comments about Duckie Thot and shading Tyra Banks. "Thought I was the only who was not a Winne fan until I read the comments," wrote one commenter. "But people change and grow and evolve. So maybe her attitude is better but she won't get my money." Users also compared the launch to "fancier Colourpop." The palette also drew comparison to the Lunar Beauty Greek Goddess Color Palette, which launched late last year.

It seems people are generally unimpressed by the news, but only time (and reviews) will tell if this collab is any good.