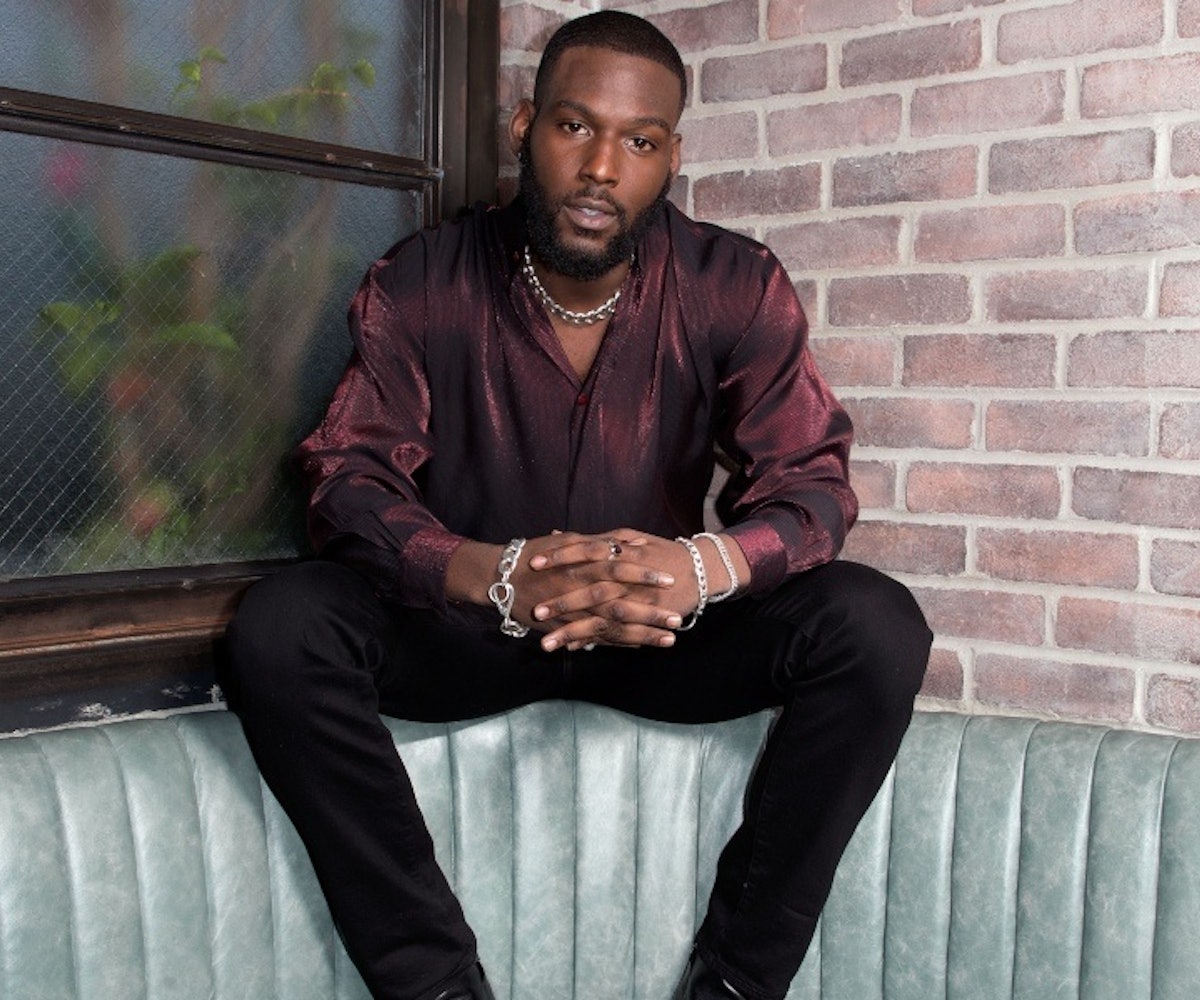 Let's just get the obvious out of the way now, Kofi Siriboe is very nice to look at. I'm not mentioning his alluring package for purely superficial reasons: Siriboe's looks are part of the reason why he's been tapped to appear in so many projects meant to attract female audiences. His looks are why Girls Trip producers thought he'd be the right person to play love interest to Jada Pinkett Smith, speculating that audiences would salivate at the thought of Pinkett Smith needing to use not one but two grapefruits on Siriboe for a now-infamous sex trick. And it's Siriboe's looks that make it as hard as it is to turn our backs on his imperfect Queen Sugar character, Ralph Angel, despite the character's occasional bouts of immaturity and selfishness.

But Siriboe is, of course, much more than meets the eye. The spiritually conscious 25-year-old starts his mornings with a daily devotional and uses words like "higher self" and "frequency" to describe his own humanity, and that of his characters; he speaks of Ralph's need to become a better man, telling me: "When we first met him, he was just so raw and at that place in life where he had a decision to be his higher self or continue to operate in his lower frequency. Whether it was through choice or circumstance, he realized that his son and his own true, emotional freedom, he had to really take the strides to actualize."

Siriboe, too, is clearly on a journey of his own, one that involves a lot of learning to come—something that became evident to me when our conversation stumbled into the current state of things between Black men and Black women. He was eager to talk to me about this topic—even as we walked to the elevator while saying goodbye, and even once he'd understood that we had completely different feelings on the topic. Reflecting on our conversation now, I still want to slip Siriboe a copy of a bell hooks text.

Below, Siriboe and I talk about the dynamic between Black men and women, as well as Queen Sugar, the concept of hot boy summers, and, yes, his skin-care secrets.

You act on a show where you're surrounded by women all the time; did you grow up with a lot of women?

I never grew up with a lot of women. I have two brothers, and my mom was the only woman in the household. I think that that polarized her. I kind of paid more attention to my mom, because she was like the unicorn in the house. And somehow she was the one who kept it all together. Through that, I feel like I've always been so curious about women. It started when I was young and so innocent, before I knew anything about anything. It was just as simple as, I want to know more. They were magical, mystical creatures. Not to say that allure is gone, but a bit of it had to leave for me to respect them for what they actually are, which is human.

Culturally, we're in a moment where we're once again digging into the relationship between Black men and Black women. How do you feel about that?

There are so many different types of women, who are from different types of places, with different types of experiences. And same with men. So, it's like we need common spaces where we can connect and feel welcome to share and fellowship. We need spaces where men and women are intentionally designing a conversation to heal the disconnect, and, I guess, a lot of the deception. I think a lot of deception comes in through the lack of conversation. We don't talk to each other. And when we have music, and movies, and all these things that dictate how we feel about each other, what we see, what we consider the culture... That's a small percentage of people projecting their fantasy of reality. So I think we just got to take the narrative back.

Yeah, I know you've got some thoughts on that. I want to know.

It's interesting because we could be saying the exact same thing, but have two different meanings. For me, when I think about taking back a narrative about relationships, for example, I think that maybe we need to have more conversations about domestic violence or how income inequality and education levels impact who people end up with.

I guess that's the basis of what I'm saying.

The second leading cause of death for Black women under a certain age is homicide, and the majority of those homicides happen at the hands of an intimate partner.

So then, my question to that statistic is, how do you reach those people on the other side of the statistic, and how do we go into the micro to make actual strides and create functional responses? It's like we could talk about it all day and throw statistics around, but that's emotional trauma that the men are also experiencing to put that back on women... As somebody who's been a victim of traumas in this world, a lot of the time, it's due to me not being in the right place at the right time. Not always, because a victim is a victim. You can't always change your whatever, but I do know you can see signs. You can be like, This isn't good for me. This isn't where I need to be hanging out. I shouldn't be hanging out with dudes like this. This is the fourth dude that's put hands on me. Why I didn't stop dealing with dudes like this after three times? There's something there to talk about, to think about. That's a conversation. To me, those are all factors.

Switching topics, I'm curious about how you relate to the notion of being a "heartthrob" or "sex symbol"?

It's been a journey. I feel like it never ends. Even though you want to lighten up the conversation, I think it goes right back to identity, being in tune with the truth. At the end of the day, I'm aware that the outside, the shell, is just—it is what it is. But I'm also responsible for it. I know what I'm doing. I understand this world. I get it. So, I don't identify with those words or concepts, but I'm also not opposed to them or repulsed to them. I'm very clear on what I am. I'm a human being. I'm a spirit. I'm a human experience. But if your heart throbs when you see me, it's all good.

So, is that helping you have a hot boy summer?

Personally, I've got a hot boy life. So, it just stays hot over here. I just got off work, so my summer's just starting, too. It doesn't really dictate too much of what I do in my personal life, but I can't ignore it because many people are always coming up to tell me about my effect on them or how they've experienced me in the world. Honestly, sometimes it brings me down because there's so much that I do feel, think, have, etc. that I haven't showed, that I still keep for myself just because I need that to survive. But you know, sometimes people treat you according to how you're making them feel, and when it's the celebrity-public relationship, it just gets very tricky. People don't always see everything that's being done in the back and how many cooks are in the kitchen. They just see you as the front person and all of that. They treat you accordingly. So, I've had to learn not to dictate my personal time or space or happiness based off people's response to me or idea of me. But at the same time, who doesn't care what people think? I'm still human, but I do plan on growing out of that more and more every day. But like I said, it's hot boy all the time, and I got a lot to show people.

Finally, please tell me your skin-care and beard routine?

Natural. Tea tree oil, but it's like a tea tree soap. They put it in the soap. Yeah, so it's like for everything: beard, skin. And it works for me because the tea tree is anti-bacterial. So, it's like, I just realized I'm going to be on set wearing makeup all day and shit—not gonna, like, knock Neutrogena, but it don't get all the shit off. But some tea tree, I'll go get a cotton swab, there's no trace of makeup. And it's natural. I went back home to Africa—2016, that was my first time—and I was looking around at all the beautiful people's skin. I'm like, I know you ain't got no dermatologist. I know you don't give a damn about no SPF or none of that. At home, everybody's skin is flawless. No dermatologist, no Neutrogena. Water and soap, literally. Plus, they don't be stressed. You could be broke, but not stressed.