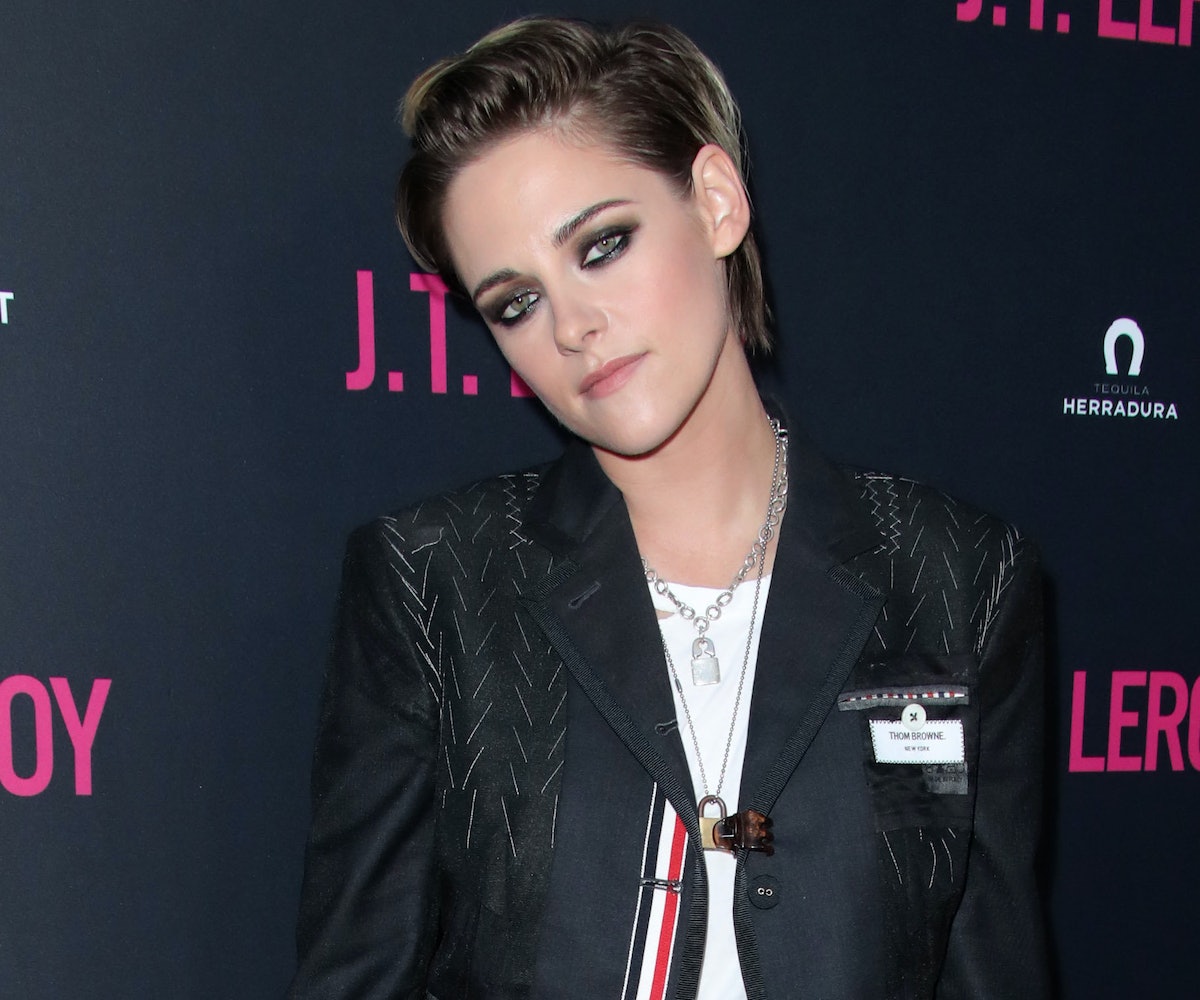 Kristen Stewart was asked about whether she believes in ghosts for aVanity Fair profile, and, it turns out, not only does she believe in them, but they won't leave her alone.

Apparently, Stewart would love for ghosts to let her be, because each time she meets one (usually, according to her, when she's filming), they drain her emotionally. "I talk to them," she says. "If I'm in a weird, small town, making a movie, and I'm in a strange apartment, I will literally be like, 'No, please, I cannot deal. Anyone else, but it cannot be me.'"

The energy that ghosts apparently fill rooms with, Stewart says, really affects her. But it's not just ghostly vibes that she picks up on, it's human ones, too. "Who knows what ghosts are, but there is an energy that I'm really sensitive to," she notes. "Not just with ghosts, but with people. People stain rooms all the time."

So, it sounds like Stewart is slightly clairvoyant, and definitely shouldn't be visiting any small towns unless she's emotionally up for it. But, if she were feeling particularly strong emotionally, her film travels would definitely make for some great episodes of Ghost Hunters.