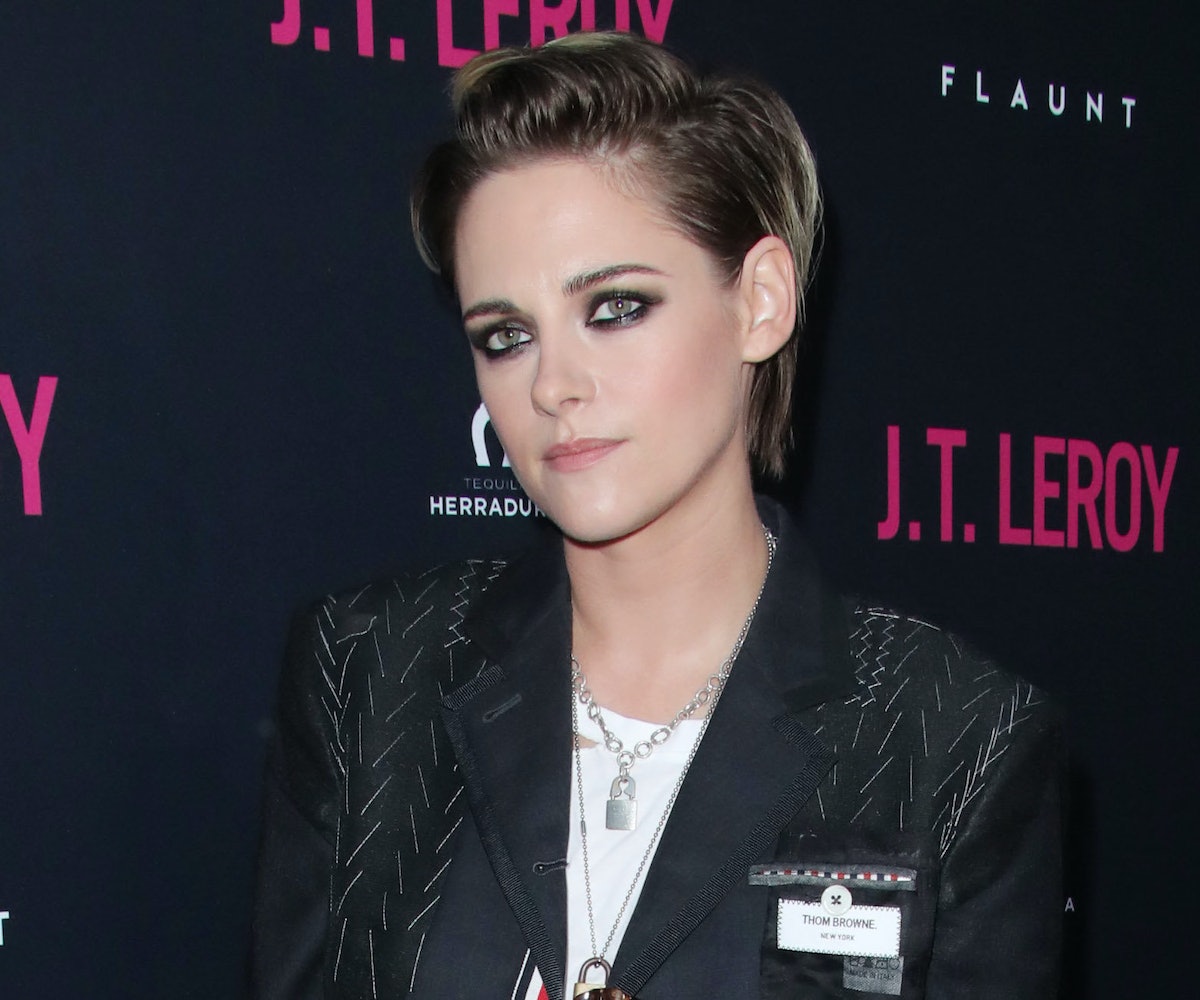 Over the weekend, Kristen Stewart made out with Stella Maxwell on a yacht wearing just a bikini and a captain's hat, effectively making the captain's hat the summer's hottest accessory of the summer. (Bucket hats, it was nice knowing you, but we're ready for what's next!)

Stewart and Maxwell—who broke up late last year, but are apparently on-again—were spotted in Italy drinking wine and making out on a yacht, as one does. This is great and everything, but Stewart's captain's hat is the most important part of their recent reunion, because it recontextualizes the maligned accessory, making it super sexy. Stewart's appearance in it is also genuinely making me wonder if I too can pull one off, too. (Maybe?!)

Stewart's power here is pure Big Dyke Energy. And while we already knew that Stewart basically pulls trends out of thin air every timeshe leaves her house, this one feels special. Why? Because it's really accessible, meaning, we're sure that the next time we're at a lesbian bar, all the hottest girls will be wearing captain's hats, which is exactly what we want to see for the rest of the summer. And, like, for the rest of our lives.