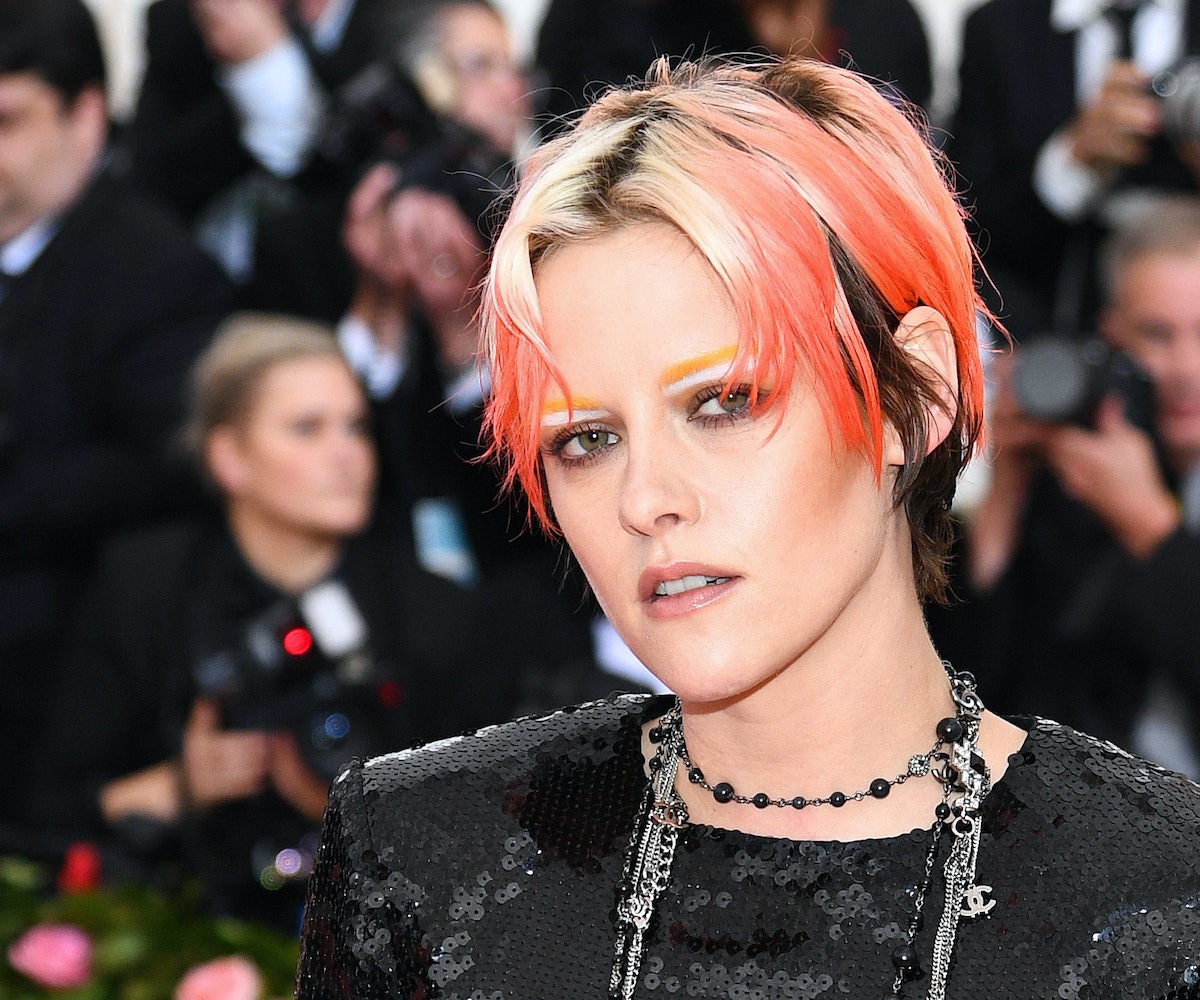 Apparently, not all of Kristen Stewart's Met Gala look was just for that one red carpet. The actress was photographed at a Chanel event on Tuesday, and though her fiery red hair is gone, she's still sporting the bleached eyebrows. Leave it to Stewart to make a risky trend look effortless.

The actress showed up at Chanel Metiers d'Art runway show in South Korea wearing a full look from the brand, including thigh-high boots, leather shorts, and an artfully buttoned sheer blouse. Stewart wore two eye makeup looks, one bright green and another smokey, both of which drew even more attention to the fact that her eyebrows were nowhere to be seen.

Stewart wore her hair two different ways too—appearing in one photo with it tousled, and in another wearing it straight and parted down the middle. Her hairstylist Adir Abergel confirmed that the two looks meant to complement her statement brows.

As the ambassador for the luxury brand, it seems like Stewart takes her job seriously, and saves her best looks for Chanel events; let us not forget her incredible elevated sleepwear onesie or the debut of this incredible pompadour at shows past.