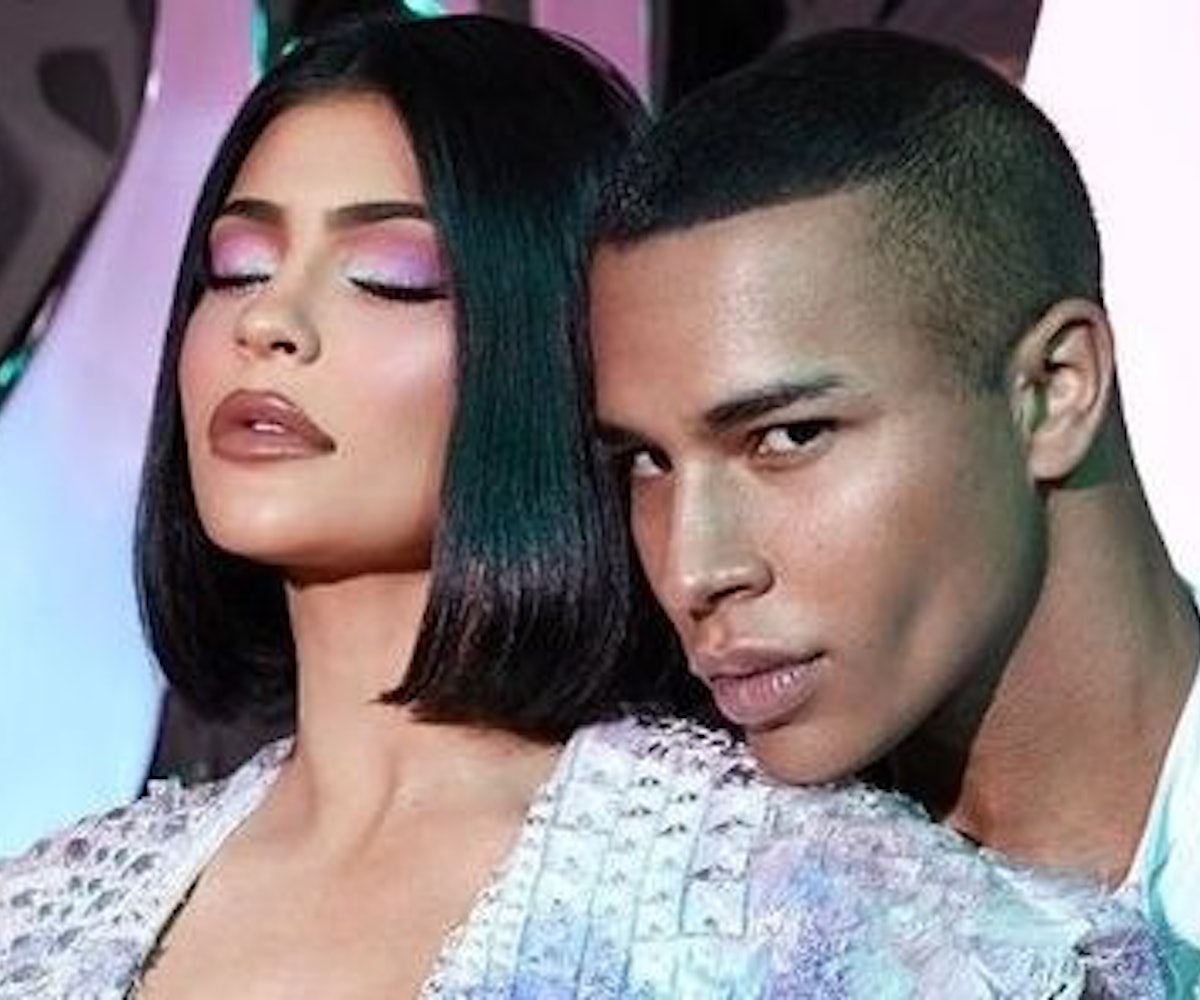 Kylie Cosmetics has a new collaboration on the way, and this time it's with Balmain. The launch coincides with the fashion brand's runway show for Paris Fashion Week, where Kylie Jenner will serve as the artistic director of makeup for the show.

"It's quite incredible working with Kylie, because she has a very clear vision of what she wants and she's very committed to the job," creative director Olivier Rousteing said of the collaboration in an interview with WWD. As for the looks that'll appear on the runway, Rousteing says each one will be unique to the model's skin tone and clothing, but there will be a "definite look."

The collection launches this Friday exclusively on KylieCosmetics.com and will include an eyeshadow palette ($42), lip gloss ($16) and lip kit ($29). "The inspiration really came from Look 26 [the pastel pink couture jumpsuit she wore to the 61st annual Grammy awards] and we went from there." Jenner told WWD.

This isn't Balmain's first foray into makeup—the brand previously collaborated with L'Oréal Paris—but it is the first time the brand has collaborated with a newer brand. "Usually, people work with cosmetics giants, but we're doing it on a more intimate scale, because it's based on friendship," says Rousteing.

Kylie also took to Instagram to announce the collab. The photo, captioned "Paris is always a good idea," featured an image of the duo in complementary iridescent shades.

You can grab the full collection September 27 at 8am on KylieCosmetics.com.