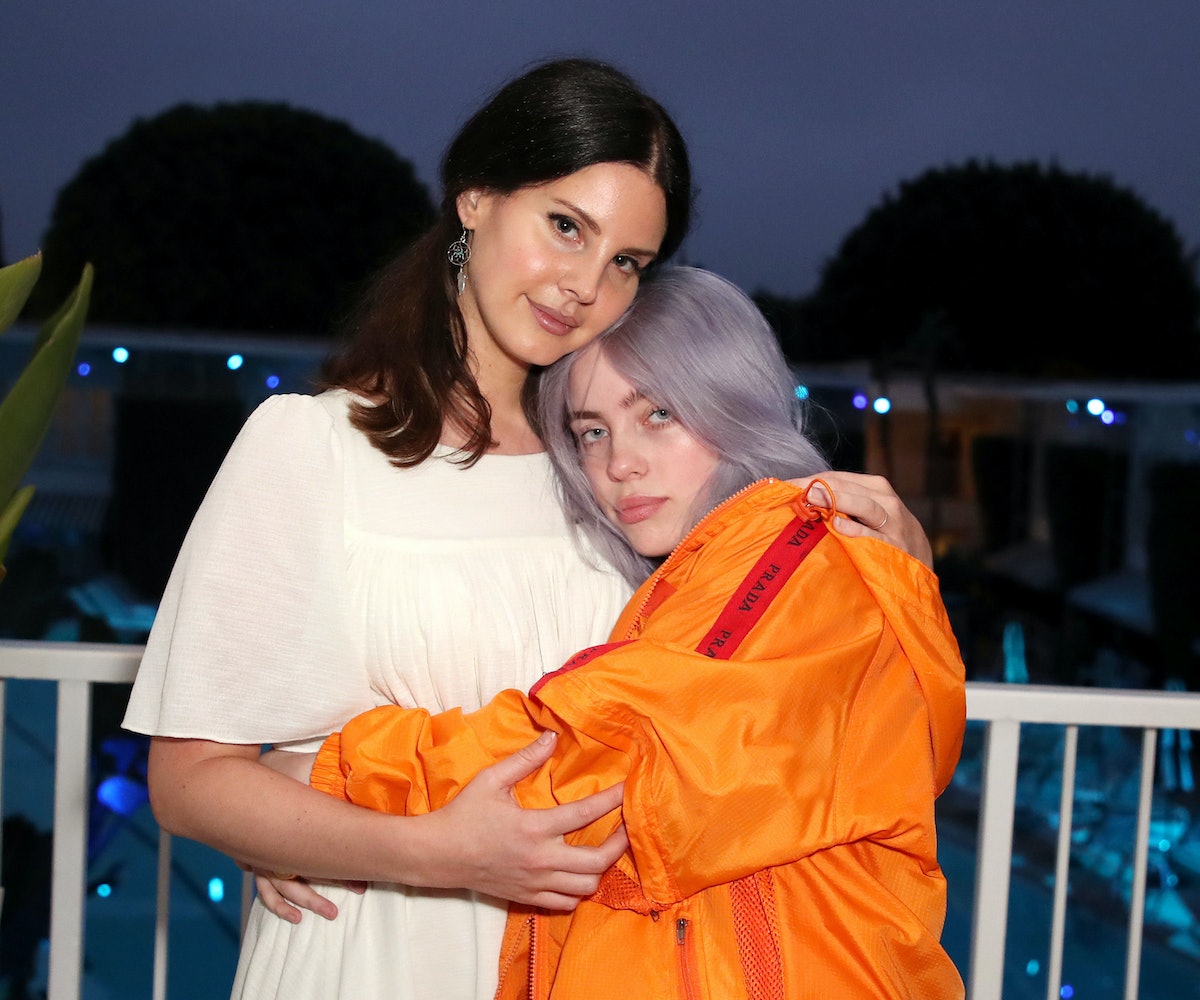 In an interview for the New York Times, Lana Del Rey sang the praises of Billie Eilish when asked about what she thought of mainstream pop music.

Del Rey said in the interview that she doesn't necessarily stay on top of the charts, but she does listen to the radio and often looks up songs when artists promote them on Instagram. She said she's a huge fan of mumble rappers and Ariana Grande's "choices of intonation," which she said are good even though "it might not be traditional." It's Eilish's music, though, that she really stans.

Though she only talked about other artists for a sentence or two, Del Rey spent the rest of the answer talking about the "Bad Guy" singer, who she describes as "prodigious." "I love Billie Eilish, and I feel like I've been waiting for this time in pop-music culture," she said. "I personally am very discerning. I can tell if a female pop singer, for instance, has a generosity of spirit or a playful fire in her heart. With Billie, she's prodigious. I needed to hear one line of one melody and I just know."

That's quite the endorsement. It sounds like Del Rey herself wouldn't be too stressed about being compared to the singer.