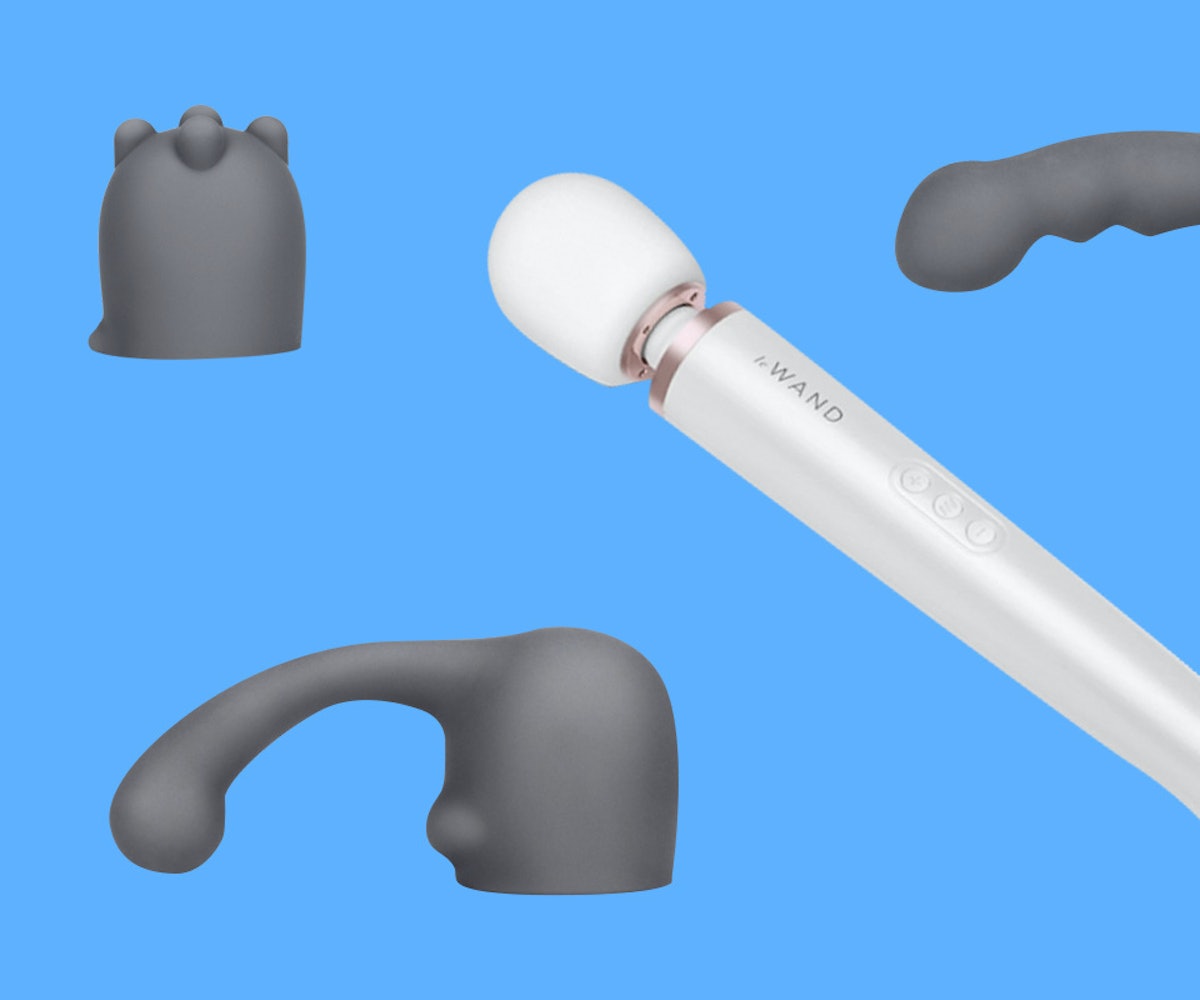 But then, I was introduced to the attachments, which give it a handful of alternate purposes, and an already amazing toy got so much better. Basically, Le Wand can be whatever you want it to be.

And while I don't personally have any need for it, it's worth noting that it also comes with an attachment made for penises. Finding this out made me love the brand even more, since not only is it versatile, but it also works for every body. Seeing as most sex toys are only marketed to one sex, it's great that this product can be used by anyone, regardless of what you have down there.

When I got into the G-spot stimulator attachments, I really learned what I had been missing. They're angled perfectly and made all the more effective when you try one of the different vibration modes that the product allows. Even better, there's a hump on the attachment that hits the clitoris when you angle it right—and I already knew that the vibrations were perfect for there. With these attachments, all my bases were covered, which made them the most rewarding of the offerings that Le Wand has.

While it's definitely not a bad thing to have more than one vibrator—actually, I'd suggest it—if you want to Konmari your sex toy drawer, this overachiever will definitely make the cut, sparking joy (and orgasms!) along the way.