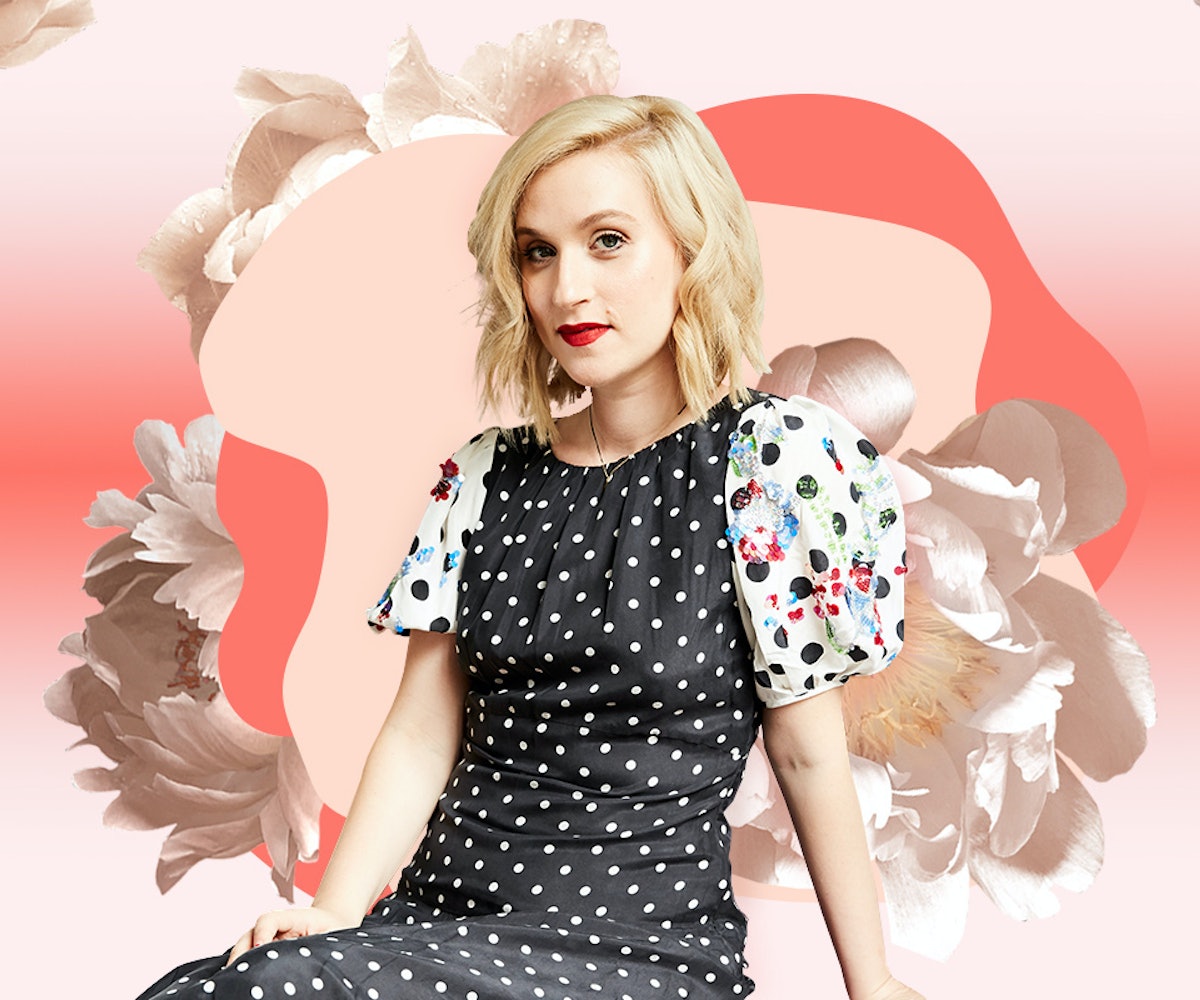 In 2014, when I was 25, I was offered the opportunity of a lifetime: to join NYLON's editorial team as a senior editor. Like many purple-haired adults who had been suburban teens in the early aughts, I fucking loved NYLON. I grew up with it.

I came to fashion in an extremely roundabout way. I'd been an activist for most of my 20s; I studied queer and feminist theory in college. When I started working in the fashion/beauty media space, I thought of myself as a feminist infiltrator, changing the system from the inside. As a beauty editor at Refinery29 in 2013, I'd written largely about reclaiming beauty from the heteronormative systems that dictated its boundaries. When I came to NYLON, one of my first stories for digital was an interview with a young woman organizing protests in Ferguson, where it had just been announced that the police officer who shot and killed unarmed teenager Michael Brown would not be indicted by a grand jury. One of my first stories for the magazine was an interview with Laverne Cox in which we talked about dismantling patriarchy. I went on to write about periods, and queerness, and witchcraft, as well as racism and homophobia within pop culture.

Before Trump was elected, it was hard to convince people that politically charged content belonged in a women's lifestyle magazine, but I've somehow always been lucky enough to have editors that let me try it anyway. And online, that was the stuff that performed the best; as we grew the digital presence, it became clear that our readers wanted cultural context and identity politics with their fashion, beauty, and entertainment. It was thrilling to watch, and for me, totally validating. This is what I had wanted to be doing all along, and now it was justified. Eventually, I became the digital director, and changed the way we did news and features altogether, making sure our uniquely progressive point of view was apparent in every story chosen, every sentence written—while also making stories that were sexy, funny, irreverent, and cool.

And so that's what I was doing in 2017 when the magazine was folded, and in the wake of that news, I was promoted to editor-in-chief. Being charged with keeping editorial afloat without the anchor of a beloved publication was scary, but it was also an absolute honor to get the title, one that I didn't take lightly. Eventually, I got an office, too, with a pink velvet couch and actual windows.

My first task as EIC was to look at the entire editorial strategy and figure out what would and wouldn't work in our new, all-digital realty. I wanted to do magazine-quality editorial customized for mobile and social, meeting readers where they were, without compromising the quality they expected. And as a lesbian, I was very aware that my success would not have been possible in a previous era, and I felt an obligation to make sure that other queer people knew I was at the helm, making content not just safe for them, but welcoming and celebratory.

No one does something like that alone, though. I built an incredible team of women and queer people, and together we reinvigorated an already special brand by rigorously covering emerging culture while being queer-encompassing, actively anti-racist, body-positive, engaging, gorgeous, and different from all the other noise. I am infinitely grateful to my coworkers for their endless creativity and passion, and I truly feel so lucky to have gotten to work with each and every one of them. And I'm so, so grateful to everyone who read and shared the stories we made over the past few years—without you, there'd be no point to any of it.

Because of the work my team created, and the legacy of work we were building upon, NYLON was recently acquired by Bustle Digital Group. That's pretty major for a little indie company. I have no doubt that the team will continue to create industry-shifting stories, and I will continue to be their number one fan.

By now you've probably guessed where I'm going with this. I've weighed my options carefully, and the company's acquisition feels like a natural conclusion to what has been a life-changing five years. This is one of the biggest choices I have ever made. But as I've learned over the past few years, there are no right or wrong choices, just different ones, that lead to different paths.

This month is, quite fittingly, the Choice issue. Check back throughout August to read about other major choices made by women, including, of course, the right to choose abortion. After this month's cover (out August 5), September's and October's covers will be the last ones I've had a hand in. I can't wait for you to see them.

In the immediate future, I've got a book coming out in June 2020 called Everybody (Else) Is Perfect. It's a memoir in essays. And then... For the first time in a long time, I don't know exactly what's next for me. I'm 30; my Saturn is mid-return, and I'm so ready for what's on the other side. I'm excited to pursue other projects, and to see who else out there is interested in working with someone like me: a feminist infiltrator, and a perpetual media optimist who still believes storytelling has the power to change the world, and that absolutely everyone has a right to tell their own story.

This isn't really goodbye. In solidarity, and onwards.