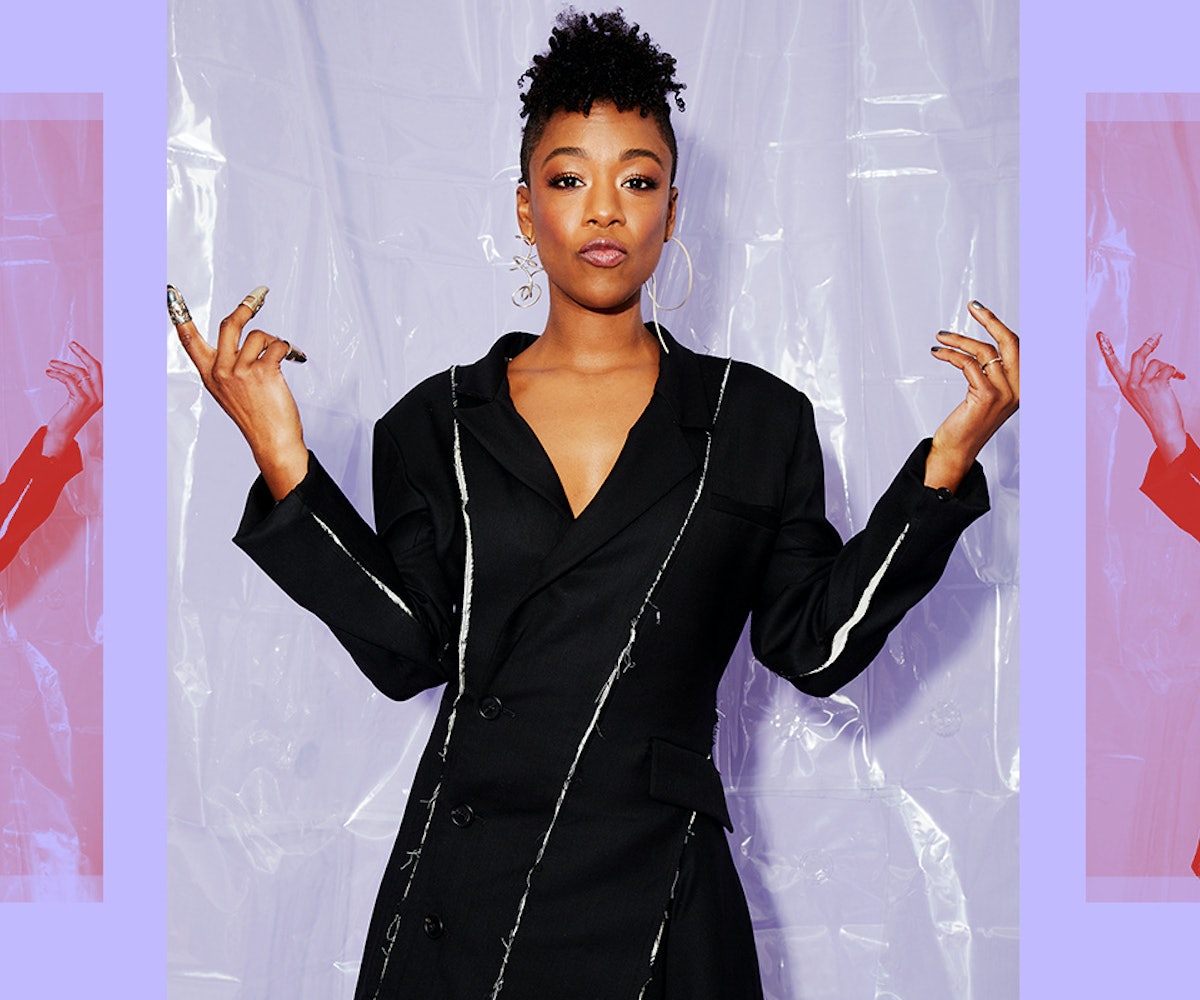 I came out as a lesbian three weeks after my 19th birthday. It was May of 2008; Katy Perry's "I Kissed A Girl" had just debuted and, as I told my close friends about my new girlfriend, many of them responded immediately with: "Did you taste her cherry chapstick?" The only other queer pop culture I had access to was a dusty box set of The L Word Season 2 on DVD.

It wasn't that long ago, but it wasn't necessarily a great time to be a baby gay searching for representation, either. George W. Bush was still president, and he hadn't supported anti-discrimination laws that included sexual orientation. Homophobia felt, in many ways, like the culturally acceptable position to take. Still though, I was shocked to find that the thing that had made me happiest—realizing I was gay—would also inspire more street harassment than I'd ever experienced.

Shortly thereafter, I'd attend my first gay Pride parade. I remember it was raining; I wore a long floral dress and cried under my umbrella. Somehow, I'd had literally no idea that there were so many gay people out there, nor that they were all so beautiful.

I imagine that coming out in 2019 is a very different experience, on a number of levels. Pop culture has evolved very quickly over the past decade. The majority of TV shows I watch have some sort of queerness to them, to the point where it's no longer remarkable to see—fun and important, yes, but I think we've all come to expect new TV shows to represent LGBTQ characters alongside straight ones.

Meanwhile, despite the progress made under Obama, we no longer have a government that supports LGBT people, most notably trans people. FBI reports show that hate crimes against LGBT people are on the rise. The cultural tension between the hate our conservative government validates and the incredible media being produced by queer people and allies is wild. For example, last year, which we declared 20gayteen because of all the incredible queer people in the spotlight, was also the year that Trump signed the trans military ban and states passed religious exemption laws that codified homophobic actions as being protected.

It is, then, more important than ever that media companies like ours continue to make content safe, welcoming, and celebratory for our LGBTQ readers, during Pride month but also all year round. Pride is so much more than a rainbow on a T-shirt; it's about our right to be safe, happy, and visible. And that right needs to exist every day, not just in the month of June.

For all these reasons and more, Samira Wiley is pretty much a dream June cover. We first fell in love with her as Poussey on Orange Is the New Black, and have since been passionately worrying about her character Moira on The Handmaid's Tale, which returns for a third season on Hulu this week. As writer Moira Donegan observes in the story, it's impossible to look away from Samira—and we don't plan to.

Also this month we'll be rolling out a video series featuring queer people from different generations in conversation with each other, starting with our own video editor talking to her 100-year-old lesbian aunt (I'm already crying). Plus, a profile of Sasha Velour, a powerful essay on how tarot helped one woman come out and leave her church, and so much more.

See you next month,

NEXT UP
Life
Marissa & Alex’s Relationship On The O.C. Deserved More
Entertainment
Marzz On Coming Out: "Put Yourself First And Be Selfish"
Entertainment
Muna Saves The Summer
Life
The First Squid Game Season 2 Trailer Is Here