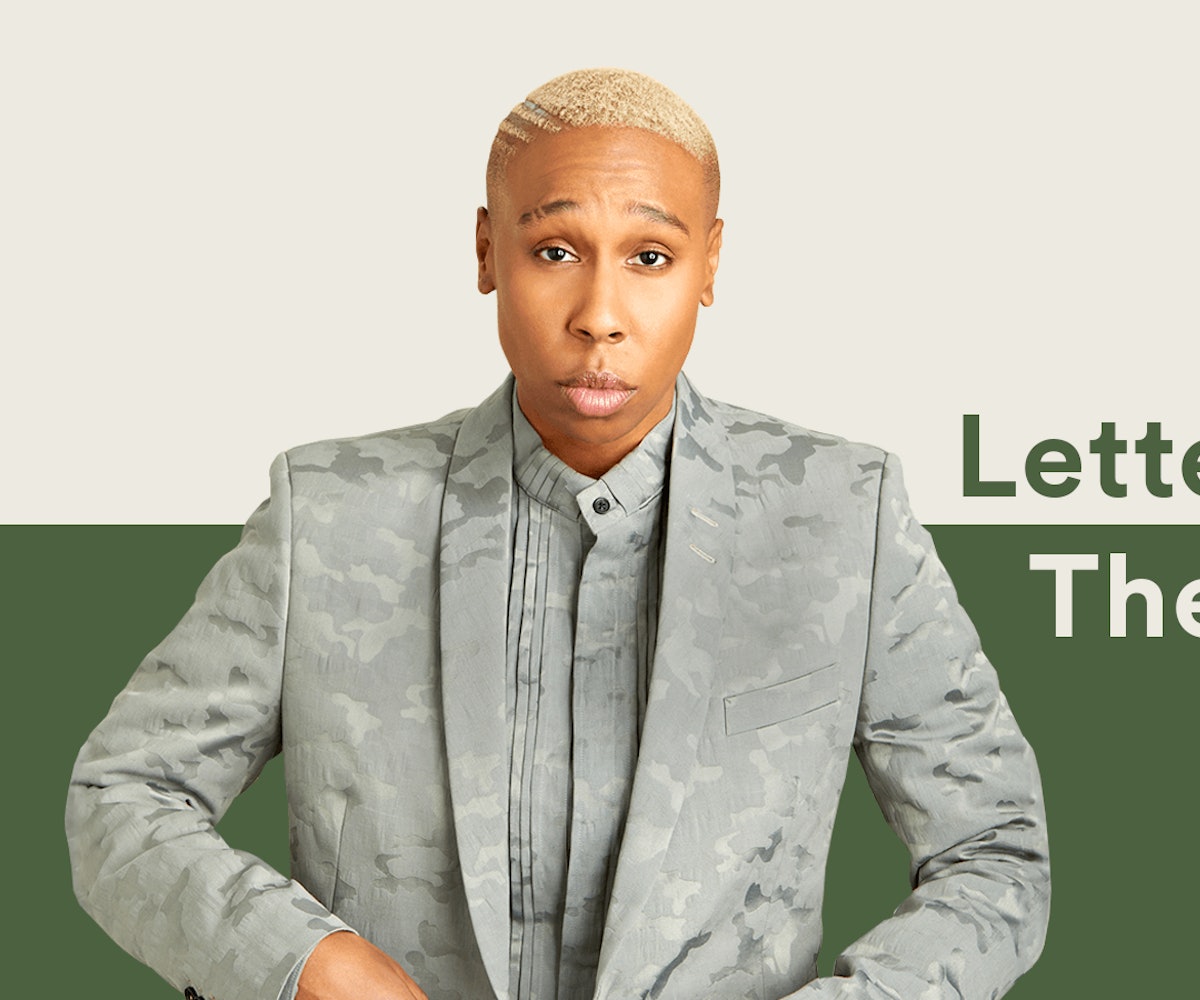 One of the first things that Lena Waithe said to me when we met for this shoot was, "Did you love when Jaden Smith gave you a shout-out in that song?" And then she flashed me that disarming smile of hers.

" Loved," I said. I had been, admittedly, nervous to meet her; these days, I'm not usually starstruck, but there is something about Lena's combination of swagger, wisdom, and talent that feel larger-than-life. So I was pleasantly surprised to find that, IRL, she's so warm and down-to-earth that I instantly knew she was a Taurus (I Googled it to fact-check my intuition—May 17).

At the end of our cover shoot, when we were all hugging and saying goodbye, Lena thanked me and said, "NYLON is the culture." I think, in response, I just blushed, because honestly what else could I have done? What I should have said was, "No, you are." And truly, she is: With eight projects in the works while we created this shoot, Lena's influence is extending exponentially throughout the industry—and the industry as a whole is better for it.

Our March issue was originally supposed to be titled, simply, Women's History Month. But when we were planning, not just Lena's cover but all of our features for the month, what stood out to me wasn't a nod to history, but the future. The women we are covering this month are history in the making, from Aidy Bryant, who is starring in the hilarious new series Shrill, to Natalie Morales, playing the first-ever bisexual lead character in new sitcom Abby's, to Yetide Badaki, who plays Bilquis on American Gods, a character who's known for consuming men with her vagina. It would be more fitting, we ultimately decided, to have the theme of this month be Women and Power. Because really, that's what it takes to lay the groundwork for a more feminist future—power. We're lucky to be alive at a time when the power is shifting to women; and when people like Lena Waithe are in high demand to create content that represents a wider range of identities than we've ever seen on screen before.

And, as is now tradition, we'll be proudly participating in Muslim Women's Day on March 27, celebrating powerful Muslim women; we'll also be guiding you through the tricky territory of getting bangs if you have curly hair, offering an explainer for all things IUD, and celebrating the rebrand of The Horse Girl.

See you in the spring!