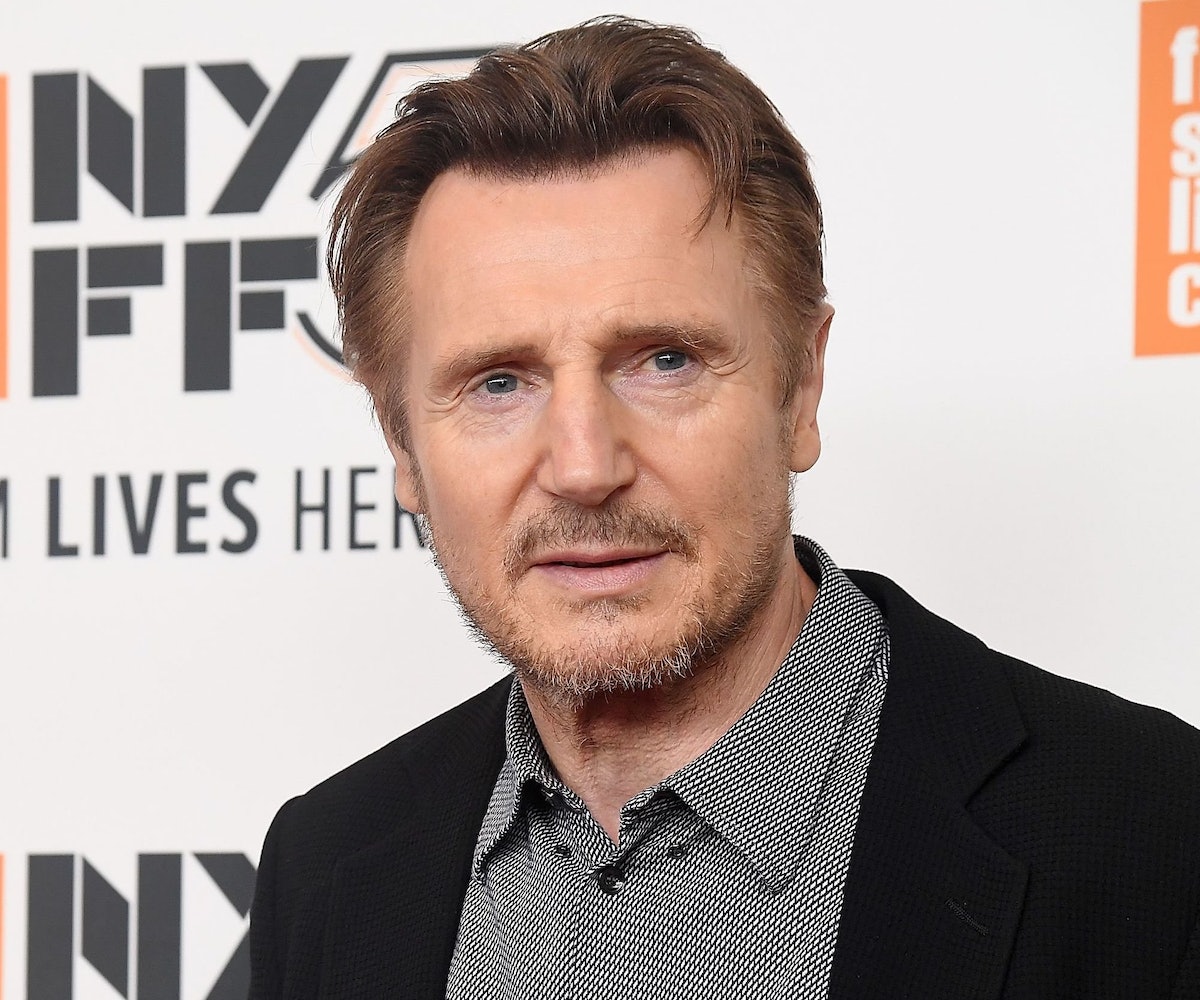 DISCLAIMER: This story contains reference to rape. If you or someone you know has been the victim of a crime of sexual assault, RAINN is a great resource.

In an interview promoting his new film Cold Pursuit, Liam Neeson admitted that he once had the impulse to carry out a murder after a friend told him that she was raped by a black man.

In a sound bite of an interview with The Independent, Neeson recounts a story where he felt the need to seek revenge for a friend's rape. "She handled the situation of the rape in the most extraordinary way," he said. "But my immediate reaction was, I asked, did she know who it was? No. What color were they? She said it was a black person."

He then details how he walked around town with a weapon looking for the attacker, yet knowing nothing about them other than their skin color. "I went up and down areas with a cosh, hoping I'd be approached by somebody—I'm ashamed to say that—and I did it for maybe a week, hoping some [making air quotes with his fingers] 'black bastard' would come out of a pub and have a go at me about something, you know? So that I could kill him."

He then admits that he feels bad about wanting to kill someone. "It's awful. But I did learn a lesson from it, when I eventually thought, 'What the fuck are you doing,' you know? he says. "I understand that need for revenge, but it just leads to more revenge, to more killing and more killing."

What's perhaps most troubling is that Neeson doesn't seem to understand the racist sentiment of his statement. He obviously regrets that he considered killing someone but shows no acknowledgment of how terrible it was that he went around a city hoping to identify his friend's rapist by the color of their skin.

Killing anyone is a heinous act, but identifying your target based on the color of their skin is equally horrifying. But, then again, this is the same man who called the #MeToo movement a "witch hunt," so he's proven that he's not a person to trust.