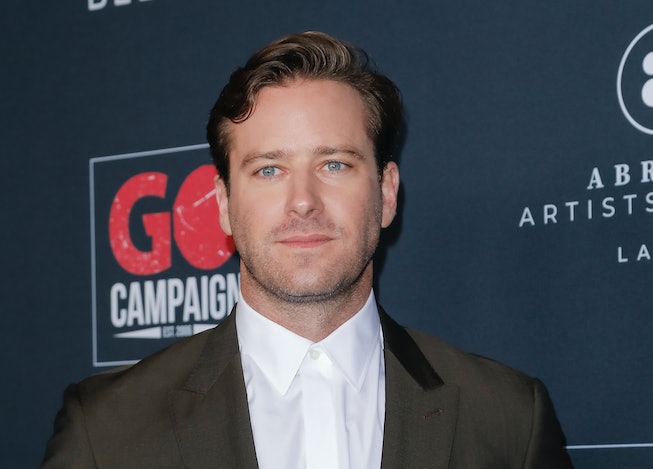 Armie Hammer has reportedly checked into rehab center outside of Orlando, Florida, as reported by Vanity Fair, in what is the latest news in a series of controversy surrounding the actor, who in recent months has been accused of emotional abuse, sexual violence, and rape.

According to Vanity Fair, Hammer has left the Cayman Islands, where he had been staying during the pandemic, and checked into the facility on May 31. Sources say he’s been in treatment for a week for “drug, alcohol, and sex issues.”

Among the accusations were allegations that Hammer had fantasies of sexual domination including rape and cannibalism. In February, he stepped away from a rom-com with Jennifer Lopez and a series about the making of the Godfather, and his agency and publicist dropped him. He denied the allegations, telling TMZ: “I’m not responding to these bullsh*t claims, but in light of the vicious and spurious online attacks against me, I cannot in good conscience now leave my children for four months to shoot a film in the Dominican Republic.”

In March, a woman named Effie held a news conference alongside lawyer Gloria Allred and accused Hammer of violently raping her in 2017. Hammer denied the allegations through his lawyer, and there is an ongoing investigation by the Los Angeles Police Department.

“Everyone looks at Armie thinking that he’s had some sort of privileged life — and that must mean there were no problems in his youth and everything was peachy keen,” a close friend of Hammer’s told Vanity Fair. “But that’s not necessarily the way things go. Just because you come from an upbringing where financial resources are plentiful doesn’t mean life isn’t without problems.” Vanity Fair also interviewed one of Hammer’s ex girlfriend’s, who said, “He’s addicted to drugs because he has so much trauma that he cannot deal with stillness, face himself, or sit alone with his sh*t.”

Hammer was apparently first spotted at the Grand Cayman airport by a witness, according to Vanity Fair, who posted the video to Instagram, writing that Hammer’s wife Elizabeth Chambers and their two children dropped him off and that it “seemed emotional.”