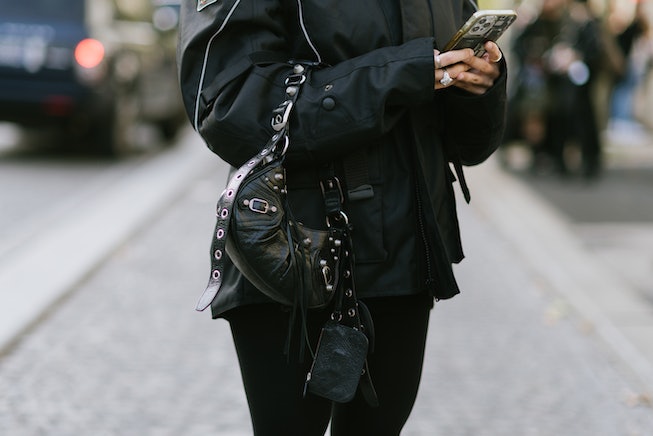 Balenciaga, fashion’s most-talked about brand of 2022, is ending the year with a scandal sure to cement their relevancy far into 2023, particularly because it now involves Kim Kardashian.

In a press release for its Home Objects campaign, Balenciaga announces new products ranging from homeware, petwear, and scents, which would be showcased in a campain called Balenciaga Gift Shop.

The press released teased the Balenciaga Gift Shop campaign, announcing it was photographed by Gabriele Galimberti, who they described as “a documentary photographer whose projects often make for expansive portraits of everyday eccentricities.”

“In [the campaign], dozens of Balenciaga products are staged around children dressed in the Balenciaga Kids line,” the press release reads. “The campaign iterates on the artist’s series Toy Stories, an exploration of what people collect and receive as gifts.” The campaign was then released during Paris Fashion Week.

GET THE NYLON DAILY NEWSLETTER

After almost immediate conspiracy fueled-chaos online that the brand was sending out pedophilic and satanic messages, Balenciaga pulled the campaign, apologizing for “offense our holiday campaign may have caused,” the company said in a statement. "Our plush bear bags should not have been featured with children in this campaign. We have immediately removed the campaign from all platforms."

The company also apologized for the inclusion of the Supreme Court documents in the campaign.

“We take this matter very seriously and are taking legal action against the parties responsible for creating the set and including unapproved items for our Spring 23 campaign photoshoot,” the statement read. “We strongly condemn abuse of children in any form. We stand for children’s safety and well-being.”

Galimberti spoke out to defend himself, issuing a statement that he didn’t have any creative control over Balenciaga’s shoot.

"I am not in a position to comment Balenciaga's choices, but I must stress that I was not entitled in whatsoever manner to neither chose the products, nor the models, nor the combination of the same," Galimberti wrote in the caption of an Instagram post. "As a photographer, I was only and solely requested to lit the given scene, and take the shots according to my signature style. As usual for a commercial shooting, the direction of the campaign and the choice of the objects displayed are not in the hands of the photographer."

Balenciaga filed a $25 million lawsuit against the North Six production company, as well as set designer Nicholas Des Jardins, over the campaign that include the Supreme Court documents.

According to court documents filed with the New York State Supreme Court for the County of New York on Friday, Balenciaga is seeking "redress for extensive damages defendants caused in connection with an advertising campaign Balenciaga hired them to produce.”

"Balenciaga believes that Defendants’ inexplicable acts and omissions were malevolent or, at the very least, extraordinarily reckless. As a result of Defendants' misconduct, members of the public, including the media, have falsely and horrifically associated Balenciaga with the repulsive and deeply disturbing subject of the court decision,” the court filing reads. “Defendants are liable to Balenciaga for all harm resulting from this false association.”

Kim Kardashian spoke out on Sunday via a Twitter thread to share that she’s “re-evaluating” her relationship with Balenciaga.

“As a mother of four, I have been shaken by the disturbing images. The safety of children must be held with the highest regard and any attempts to normalize child abuse of any kind should have no place in our society — period,” she wrote. “I appreciate Balenciaga’s removal of the campaigns and apology. In speaking with them, I believe they understand the seriousness of the issue and will take the necessary measures for this to never happen again.”

She continued: “I am currently re-evaluating my relationship with the brand, basing it off their willingness to accept accountability for something that should have never happened to begin with — & the actions I am expecting to see them take to protect children."

Kardashian’s thread comes less than a month after the fashion house cut ties with Ye, after several antisemitic posts.

Balenciaga posted its lengthiest apology yet on Instagram on Monday writing: “We strongly condemn child abuse; it was never our intent to include it in our narrative. The two separate ad campaigns in question reflect a series of grievous errors for which Balenciaga takes responsibility." (Well, not entirely...they are suing, after all.)

“The first campaign, the Gift collection campaign, featured children with plush bear bags dressed in what some have labelled BDSM-inspired outfits. Our plush bear bags and the Gift collection should not have been featured with children. This was a wrong choice by Balenciaga, combined with our failure in assessing and validating images. The responsibility for this lies with Balenciaga alone.

“The second, separate campaign for Spring 2023, which was meant to replicate a business office environment, included a photo with a page in the background from a Supreme Court ruling 'United States v. Williams' 2008 which confirms as illegal and not protected by freedom of speech the promotion of child pornography. All the items included in this shooting were provided by third parties that confirmed in writing that these props were fake office documents. They turned out to be real legal papers most likely coming from the filming of a television drama.

“The inclusion of these unapproved documents was the result of reckless negligence for which Balenciaga has filed a complaint. We take full accountability for our lack of oversight and control of the documents in the background and we could have done things differently.”

Balenciaga creative director Demna Gvasalia posted a statement to Instagram apologizing for the “wrong artistic choice” that informed the campaign. The fashion house also confirmed that Gvsalia would remain on board as creative director despite the ongoing scandal.

I want to personally apologize for the wrong artistic choice of concept for the gifting campaign with the kids and I take my responsibility. It was inappropriate to have kids promote objects that had nothing to do with them.

As much as I would sometimes like to prove a thought through my work, I would NEVER have an intention to do that with such an awful subject as child abuse that I condemn. Period.

I need to learn from this, listen and engage with child protection organizations to know how I can contribute and help on this terrible subject,

I apologize to anyone offense by the visuals and Balenciaga has guaranteed the adequate measure will be taken now only to avoid similar mistakes in the future but also to take accountability in protecting child welfare in every way we can.

This article was originally published on November 28, 2022