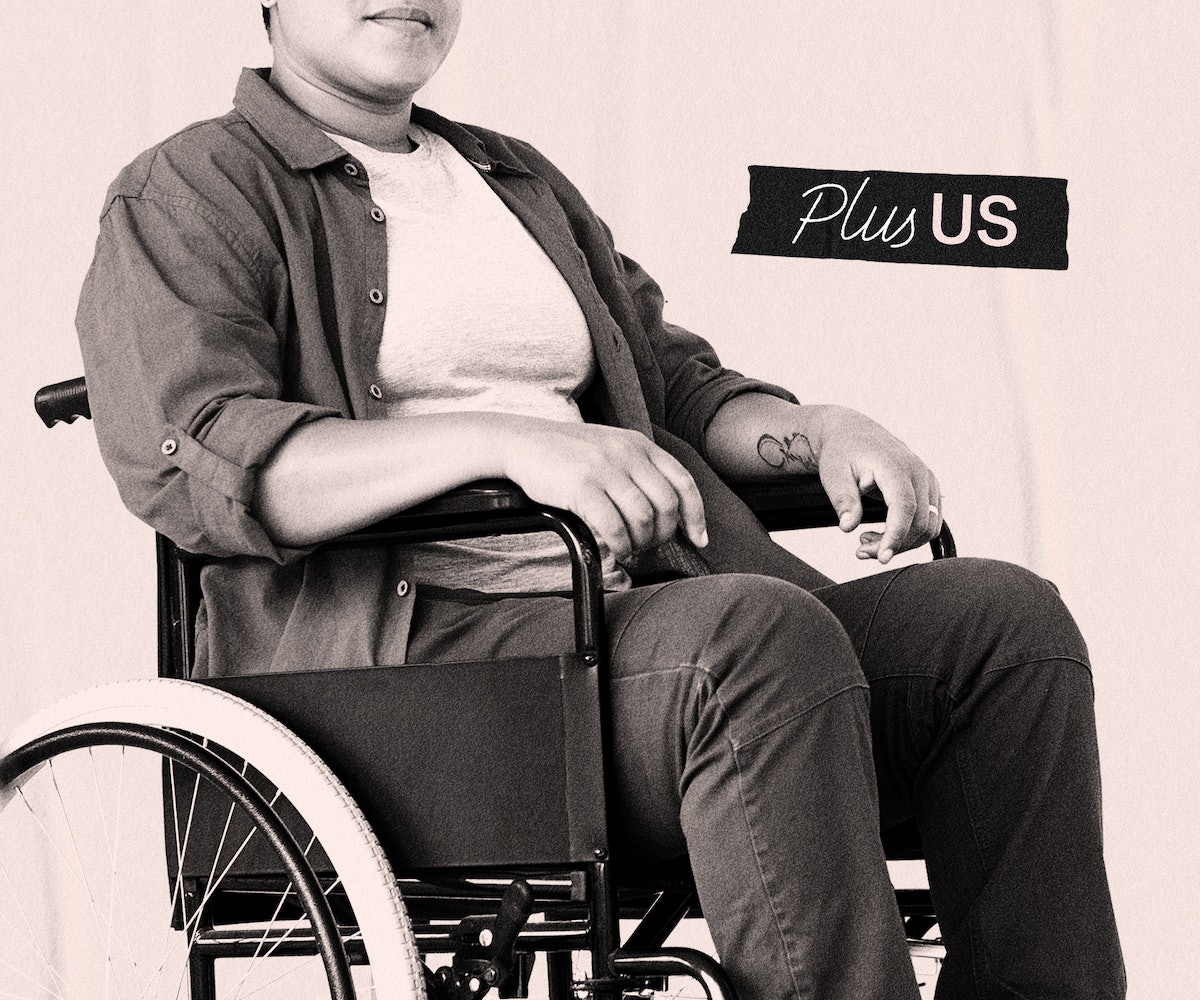 Conversations around what the body positivity movement lacks have increased over the years as it has become increasingly mainstream. What began as an offshoot of the fat acceptance movement in the 1960s has now, decades later, morphed into a feel-good, one-size-fits-all mantra. And while undeniably successful — just a few years ago, seeing an unretouched model on a magazine cover would have seemed like an impossibility — body positivity has begun to leave behind some of the people who spoke it into existence. Among them is the disabled community.

At one time, body positivity served as a way to preach the message that fat bodies are just as worthy of respect and equal treatment as their thin counterparts. Now, however, that worth has been largely attached to health. Sentiments like, “I’m fat, but still healthy!” or “You can be healthy at any size!” leave out those who, for a plethora of reasons, will never reach the pinnacle of health by society’s standards. Worth should not be determined by health standards, and the push to normalize that message both excludes and harms disabled folk.

“[With body positivity], there’s this underlying code of we're still normal, we're still like everybody else,” says activist Imani Barbarin. “We're fat, we're proud of it, and we still fit into this norm, and this usually leaves out disabled people because we don't really fit into this idea of like ‘we just come in different sizes.’”

Barbarin adds, “When you say, ‘I’m plus-size but still doing XYZ,’ it just adds to this sense of able-bodied-ness or normalcy that just does not exist for our bodies. We need to come to terms with the fact that it’s OK to exist outside of this binary of ‘healthy’ or not ‘healthy.’ We’re just existing.”

For Brena Jean, a lipedema advocate, body positivity presented some barriers as her disability journey started later in life. Before being diagnosed with lipedema — which is classified as “a condition that causes excess fat to accumulate in the lower part of the body” — she began questioning the ways in which her body was changing so rapidly. Yet at the time, Jean felt silenced, in a way, by the body positivity movement, which simply encouraged her to embrace every part of her body, to not view any of it as different or abnormal.

“I was being quieted; my voice wasn't being heard,” she says. “I wasn't given power or autonomy.”

Jean explains how the body positivity movement has placed an expectation on fat folk that they, too, can be just as able-bodied as thin people. Any deviation from that, however, feels like a betrayal to the movement. But for those with disabilities and various chronic diseases, it is an impossible pursuit. Why is strength still measured in ability, rather than perseverance?

“I feel like I’m having to relearn what it's like to be fat again as a disabled person,” says Georgina Grogan, who explains that while she has always been fat, her disability came later in life. “Everything I had overcome as a plus-size person — like dealing with people staring at me, knowing that I’m worthy to take up space — I’m now dealing with being disabled on top of that. It comes with so much more judgment, ableism, hate, and accessibility issues.”

She continues, “I used to argue back to any hate comments with ‘well actually I have no health issues at all,’ but after a car accident and some nerve damage, no matter my size, I will never be classified as healthy again. I didn’t realize at the time that by saying that, it reinforces the ableism that is already there with being an ‘acceptable’ fat person. An acceptable fat person is someone who is barely visibly plus-size, they can easily shop on the high street.”

Representation for the disabled community falls far beyond the push for body diversity, with most fashion brands and media entities failing to authentically reflect what this community both looks like and stands for. That’s especially true when intersectionality is involved: It’s one thing to see a disabled character or model featured. But disabled and fat? And Black? And dark-skinned?

As Sherrona J. Brown of the Black Youth Project writes, “Fatphobia and ableism are both tools of white supremacy which have been used to dehumanize and mistreat Black people for centuries while bolstering the white superiority mythos.” For these intersections to be ignored and excluded from the conversation around body positivity does the biggest disservice to those who created this movement from the ground up. Because until fat, disabled, people of color feel liberated, the work must continue.

“[Folks need to] undo this kind of this internalized ableism,” Barbarin says. She recommends listening more intently to disabled folks from within the fat community, and doing the utmost to understand the various ways in which this world was not made for bodies like theirs.

Grogan adds, ”We need to start listening, learning, sharing and shouting about disabled people more, sharing their words, their message, learning more about different conditions, accessibility, ableism. It’s not about the conversation necessarily being welcoming but that there’s a conversion in the first place with the disabled community.”

And that conversation, if done right, has the potential to actually welcome true change.

“This is evidence of progress,” Jean says. “This is evidence of evolution. Where we're saying, ‘Hey, we're still not including all bodies, and all abilities. And all these intersections that are being left out, they're not benefiting from the body positive movement.’ And now it's time to ask why.”