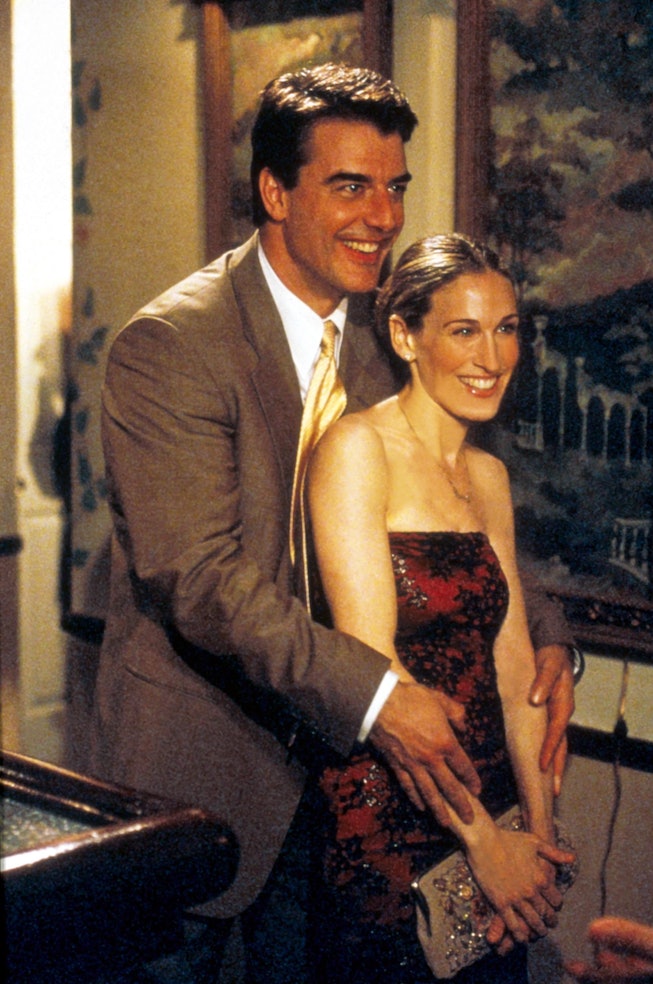 And just like that — the tale of everyone’s least favorite feud gets even sadder. Chris Noth aka the one and only Mr. Big weighed in on the feud that ended up costing us the character of Samantha in the HBO Max Sex and the City reboot And Just Like That, which premieres on December 9.

Noth spoke on the feud in a new interview with The Guardian to promote the series, where he seemed perplexed at Cattrall’s characterization of SJP, whom she’s described as “cruel.” According to a New York Post article, Parker started icing Cattrall out after her character was so popular in the first seasons of the show, a story that was confirmed by executive producer Michael Patrick King in 2018.

“I have to tell you, I have absolutely no idea what her thinking is or her emotions,” Noth told The Guardian. “I do know that I’m very close with SJ and [Cattrall’s] descriptions of her don’t even come close. I liked her, I thought she was marvelous in the show and some people move on for their own reasons. I don’t know what hers were. I just wish that whole thing had never happened because it was sad and uncomfortable.”

He added, “I just don’t like to see anyone talking down about SJ because she’s a target and people can be nasty. I feel very protective of her and I was not happy about that.”

The feud first became public back in 2016 when there was talk of the third Sex and the City movie, which ultimately, Cattrall did not agree to doing — saving all of us from having to experience another disastrous Sex and the City film. And it seems like we’re not the only ones eager to forget about the unwatchable Sex and the City 2; Noth says he doesn’t remember much about the films.

“I don’t remember [the films], to tell you the truth,” he said. “I just remember the series being a lot of fun. I saw the movies once at the premieres and that was it.” Good call!

Without Samantha, our hopes for And Just Like That are as subterranean as the subways the characters never ride. But in the meantime, you can rewatch the trailer here: