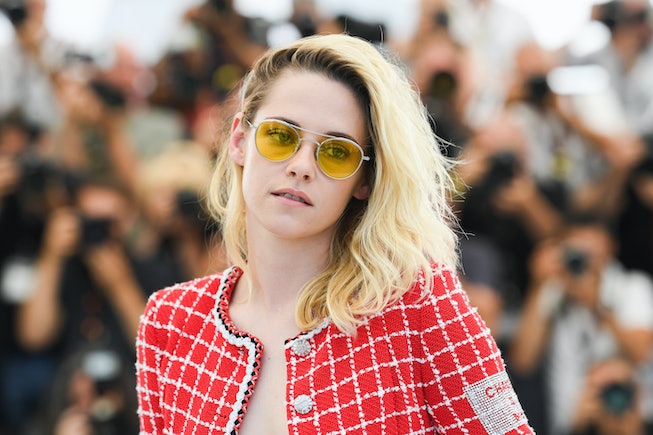 A return of the body horror genre in 2022 only makes sense. Seeing humans do physically and psychologically disturbing things to bodies is the kind of shock to the system that I, for one, am down to embrace after years of a pandemic that’s made us all too aware of our own bodies.

Crimes of the Future is the first film in eight years from David Cronenberg, the director with a penchant for body horror films that aren’t for the faint of heart, or stomach — including The Fly, A History of Violence and Dead Ringers.

In his newest film, which premiered at Cannes, the human species undergoes new mutations and transformations as it adapts to a new synthetic environment. (Hmmmm, a climate change allegory?) The logline continues: “With his partner Caprice (Léa Seydoux), Saul Tenser (Viggo Mortensen), celebrity performance artist, publicly showcases the metamorphosis of his organs in avant-garde performances. Timlin (Kristen Stewart), an investigator from the National Organ Registry, obsessively tracks their movements, which is when a mysterious group is revealed… Their mission – to use Saul’s notoriety to shed light on the next phase of human evolution.”

Watch the trailer, below, and read ahead for everything we know so far about Crimes of the Future.

As one of the most anticipated films of the film festival, Crimes of the Future was more than well-received. Not only did it not have any walkout, but it also received a whopping six-minute standing ovation. The film will have its U.S. premiere on June 3.

In the short teaser trailer, we see some nightmare-inducing images — which is just a taste of the grotesqueness to come. These include but are not limited to someone’s lips and eyes stitched shut, a metallic cylinder burrowing into someone’s stomach, and a child eating a plastic bathroom garbage can while Mortensen’s booming voice repeats: It is time to stop seeing. It is time to stop speaking. It is time to listen.” In the French cut of the trailer, there’s a sexual bent to the bodily pain, compelling Seydoux to say, “You fill me with the desire to cut my face open.” It also get to the more existential questions the film likely postits, like whether or not humans are becoming obsolete, to which Mortensen answers: “Maybe.” Chilling, tbh!

It has the same title as an early Cronenburg film, but no affiliation

Though Crimes of the Future shares a title with a 1970 Cronenburg film, it is not a remake, and has an entirely different story. The original film is about the director of a dermatological clinic called the House of Skin who searches for his insane dermatologist mentor, who has disappeared following a catastrophic plague, resulting from cosmetic products.

Cronenburg has been sitting on the script for 20 years

"I wrote this script 20 years ago, so it was almost like a script that somebody else wrote," Cronenberg told Document back in December. "Except for some of the roles that I cast in Athens, with Greek actors, I had never heard any of the dialogue spoken before. So to hear Kristen start to speak the lines of this character, it was a shock! I was like, ‘Oh, my God, this is a living creature—out of control, in the sense that it has its life–and it’s coming to life right in front of me.’"

He, too, is a Kristen Stewart stan

We trust anyone who is as big of a Kristen Stewart fan as we are. And in the same interview with Document, Cronenburg couldn’t say enough good things about the actor.

“As I told you, Kristen, you were a revelation to me. You can see an actor, and you can watch an actor, but you still don’t know what it’s like to be on the set with that actor. Sometimes it’s a difficult thing, because you’re not getting what you hoped you could get,” he said. “I don’t think I’ve said, ‘This was a real mistake, to cast this actor.’ But when you get a Ferrari instead of a Volkswagen, it’s pretty nice.”

Kristen Stewart loves the movie for its “deviant sexual stories”

In an interview with Deadline, Stewart tried to explain what about the film she enjoyed most — which is, by Cronenberg’s own admission, hard to explain. “I like deviant art,” she said. “I like marginal, deviant sexual stories where not everyone has the same sex. Everyone experiences their body differently, and finding eroticism in things that are not normally considered in that way sort of forces you to understand that maybe your first instinct is not your only one. I just think David really feels the walls of his body. He’s really trying to push himself out.”

A theme of the film comes from one of its memorable lines: “surgery is the new sex,” which speaks to ever-expanding, futuristic fetishes Cronenberg says are more present now. “I think there’s already so much on the internet and so on about alternate forms of sex, and sex that doesn’t involve intercourse,” he said, “and it’s a search for a different kind of eroticism that is maybe exotic or invented...[Sex] has always got the element of politics, of culture, of economics, of the environment. So, in short, I think that there will be new forms of sexuality that will establish themselves in the future.”

This article was originally published on April 14, 2022