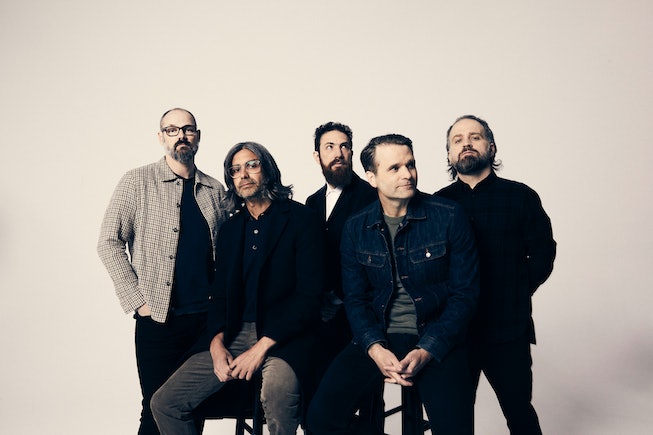 Ben Gibbard is getting the band(s) back together. It’s been 20 years since the genre-defining opening melody of The Postal Service’s “Such Great Heights” graced our ears. That was the year that not one, but two small bands out of Seattle released albums that would go on to define the indie rock sound of the era: Death Cab for Cutie and The Postal Service. Now, the bands are co-headlining a tour celebrating their two decade-old, massively influential albums: Give Up and Transatlanticism, with Gibbard performing back to back.

It will mark the first time The Postal Service have played together since a “final” show at Lollapalooza in 2013, though Death Cab toured with former Postal Service member Jenny Lewis in 2019 — allowing for a kind of mini reunion.

Death Cab, on the other hand, never really went anywhere. In fact, they’re currently on tour for the release of their LP Asphalt Meadows. But despite a persistent love for Death Cab, there is a palpable nostalgia for the band’s early work, and it’s a nostalgia Gibbard is willing to give into. After all, it sounds like he knows when his glory days were — and he’s determined to take people back to them.

“I know for a fact I will never have a year again like 2003,” Gibbard said in a press release. “The Postal Service record came out; Transatlanticism came out. These two records will be on my tombstone, and I’m totally fine with that. I’ve never had a more creatively inspired year.”

For everything else we know about attending The Postal Service and Death Cab for Cutie’s Give Up and Transatlanticism tour, including the full tour schedule, dates, and how to score tickets, read on. And while you eagerly wait for tickets, watch the trailer for the tour below.

Where is the Give Up and Transatlanticism tour playing?

10/4 Las Vegas, NV - The Chelsea Ballroom at the Cosmopolitan of Las Vegas

Who is opening for the Give Up and Transatlanticism tour?

There’s no word yet on who is opening for the tour, but fingers crossed they will bring back another stale of early 2000s Pacific Northwest indie rock. Perhaps Modest Mouse? The Decemeberists? Fleet Foxes?!

How to buy tickets to Give Up and Transatlanticism tour

Ticket pre-sales will begin December 14 at 10 am local time and will continue the following day. General public on-sale is on December 16. You can sign up for a pre-sale spot and see more details at giveuptransatlanticismtour.com.