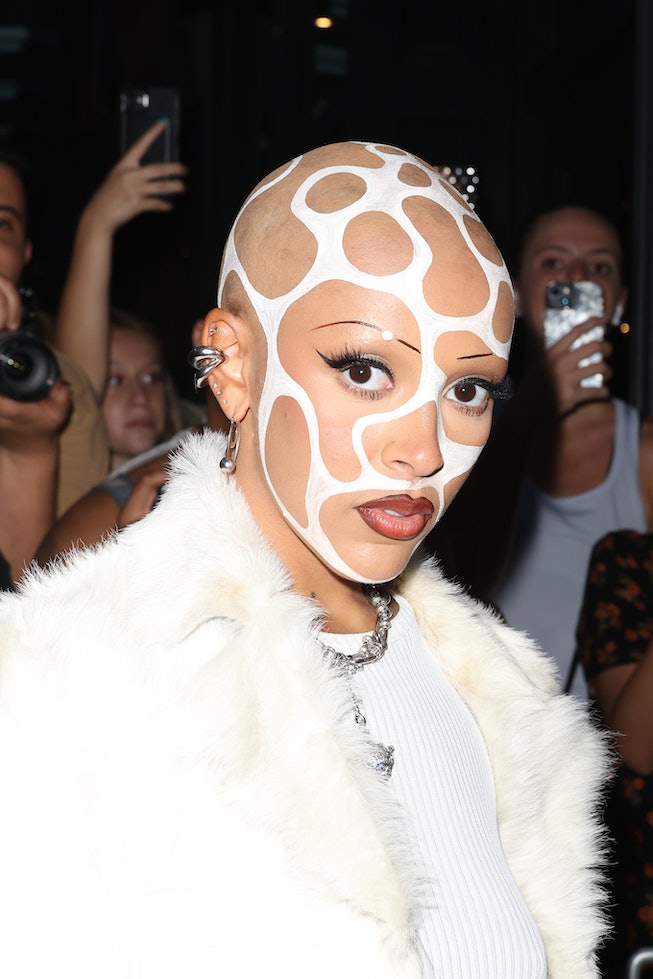 While Drake and Beyonce are capitalizing on house music, Doja Cat has her eyes set on something a little more Berghain than Chicago.

Doja Cat’s next album is inspired by 90s German rave music, the artist shared in an interview with CR Fashion Book. In conversation with designer Matthew M. Williams, Doja Cat hinted she’s taking cues from ’90s German rave music to follow up to 2021’s Planet Her.

“We just have so many ideas and making those ideas consistent is the challenge right now,” she said. “I can’t really tell much. I just know there’s a lot going on. I’m very into this ’90s German rave kind of vibe right now and it’s really fun.”

Looks can kill but they can also inspire, and for Doja Cat, her shaved head and brows, which she often dyes, were as crucial to her revisiting her love for ’90s Germany and rave culture, as that music itself.

“I know [dance music] is kind of the trend at the moment, but I loved that stuff as a kid,” Doja said. “Now that I can express it (obviously, I couldn’t buzz my head and wear a furry bra and have a belly button piercing back then), I’m sort of embracing that.”

In addition to maintaining that she is not just following a trend, Doja Cat wants to make it clear that her album is not house music in the way of RENAISSANCE or Honestly, Nevermind, but is more specific to rave culture — and not necessarily the PLUR-Ring Pops-furry-adjacent costuming of 2000s rave culture, but the faux fur coat, mesh tops, leather harnesses, and blue eyebrows of 1990s Euro raves. (Aka how nearly every attendee of last week’s Marc Jacob’s Heaven party, at which Doja performed, dressed.) “That’s kind of a hint to the album,” Doja said. “Rave culture, not house.”

In the interview, Doja Cat also shared her creative process, which, contrary to the communal experience of rave music, she prefers to embark on solo.

“My process has always been, I don’t work with people,” she said. “I’m never in the studio with people. I think I’m getting better at being open to that idea but I like things being sent to me and then being in my own place of tranquility and doing it on my own.”