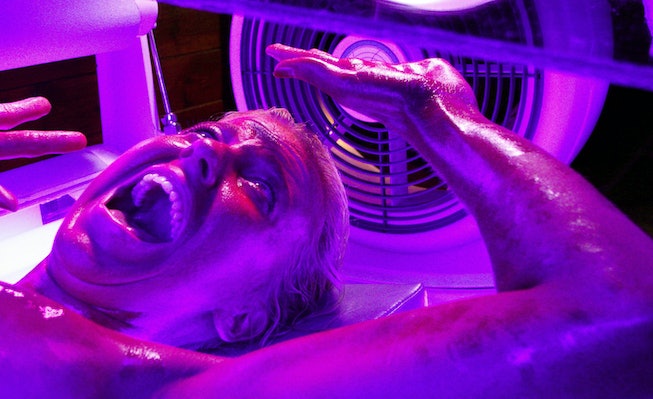 A firehose of reboots and sequels keep coming and no matter how badly we want it to end, the stream will never stop. While reboots are typically entertaining fan fiction at best and massively uncomfortable at worst (see the four words: “Hey, it’s Che Diaz” on Twitter), a constant need for networks, studios, and streaming services to one up each other in the behemoth that is entertainment in 2022, have all bug guaranteed that we’re bound to see more unoriginal content in varying degrees of original ways.

The world feels ripe for a Final Destination return. Any five-minute clip from any of the movies would go viral on Twitter now — from the time someone burned alive in a tanning bed to the time someone got their arm cut off in a garbage disposal. And even though I’m no longer a high school stoner, the tiny mechanisms that propel these characters’ certain deaths feel just as mesmerizing as ever, especially when we as a world are thinking a lot more about death from larger forces, say, a pandemic. Anyway! Fortunately, weed is legal in more places than it was 10 years ago for any high schoolers wanting to binge the films and ponder the nature of fate and “how every single thing leads you to another thing,” and other high thoughts.

Here’s everything we know about Final Destination 6 so far.

Fresh off hanging out with Zendaya after directing the box office record-breaking Spider-Man: No Way Home, Jon Watts will produce the reboot, after writing its treatment. Writing the screenplay is Lori Evans Taylor, who directed Bed Rest, a thriller about a pregnant woman who doesn’t know if her house is haunted or if it’s all in her head, and Guy Busick, who worked on the forthcoming Scream film . Watts’ wife Dianne is also set to produce, alongside original Final Destination producers Craig Perry and Sheila Hanahan Taylor.

It turns out Watts is a longtime fan of the franchise. “Both Dianne and I have been massive fans of Final Destination from the very beginning,” Watts said in a statement. “So to be able to have a hand in crafting a new story with the original team and New Line is going to be both fun and exciting.”

This Isn’t the Franchise’s First Time Considering A Reboot

New Line tried to restart the franchise in 2019, hiring the Saw writers — but that reboot ultimately fell through. It makes sense that they’re trying again. The franchise was wildly lucrative for the company, earning it $700 million, only beaten by the Conjuring universe and the It movies.