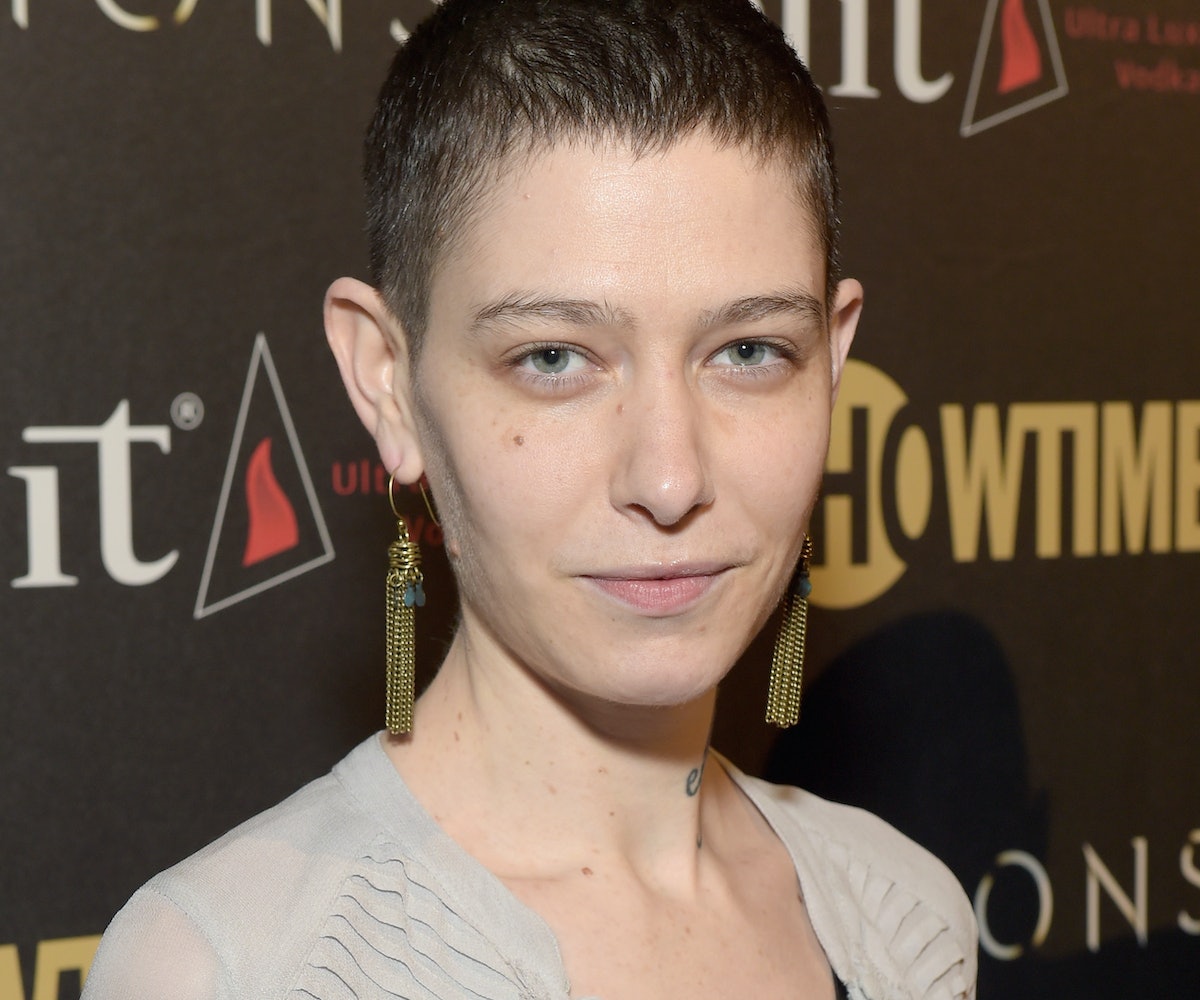 Non-binary actor Asia Kate Dillon is making history by playing the first-ever non-binary character on TV. Dillon is non-binary, using the pronouns "they, their, and them," and so does their character Taylor Mason on Showtime's Billions.

The show, starring Paul Giamatti and Damian Lewis, is loosely based on the real-life story of federal prosecutor Preet Bharara and his legal battles with hedge fund manager Steve Cohen. Dillon's character Taylor first appeared in the show's second season, which premiered earlier this month. Taylor's an intern at Axe Capital, where they caught the attention of Bobby "Axe" Axelrod with their hedge fund knowledge. As the season progresses, so does Taylor's role in the company.

This is the first time that any character on television has identified as gender neutral, which is huge for non-binary visibility. While they weren't specifically looking for a non-binary actor, it just happened to work out that Dillon identifies that way as well.

"While they were writing the character of Taylor, before I was cast, they auditioned people from the entire LGBTQ spectrum," Dillon told The Hollywood Reporter. "They spoke with non-binary people. They really wanted to make sure that they had an understanding about something that—as [showrunners] Brian [Koppelman] and David [Levien] like to say—they self-identify as white, cisgender, straight men, so this was unfamiliar territory for them. And so I really credit them and respect them for reaching outside of their comfort zones to investigate non-binary-gender issues and gender-identity stuff in general."

Occasionally scripts would include incorrect pronouns and Dillon would need to correct them. "It was a really collaborative experience," they said. "I find that often when I tell people what pronoun I use, I don’t get a lot of backlash. I’m really lucky in that respect. That’s a credit to the visibility that we’re seeing and the conversations that are happening around the topic."

The groundbreaking role is already having a positive impact worldwide. "I’m getting messages from strangers all over the world—mostly young people saying how much it means to them as a non-binary person to see non-binary representation in the media," Dillon said. "Those messages just mean everything to me. That’s really what it’s all about—the media having the ability to reach places in the world where there may be someone who is isolated from anyone else who is having a similar experience. That’s the power that art can have, and I’m really proud to be a part of a piece of art that is reaching people. Particularly at a time like this."