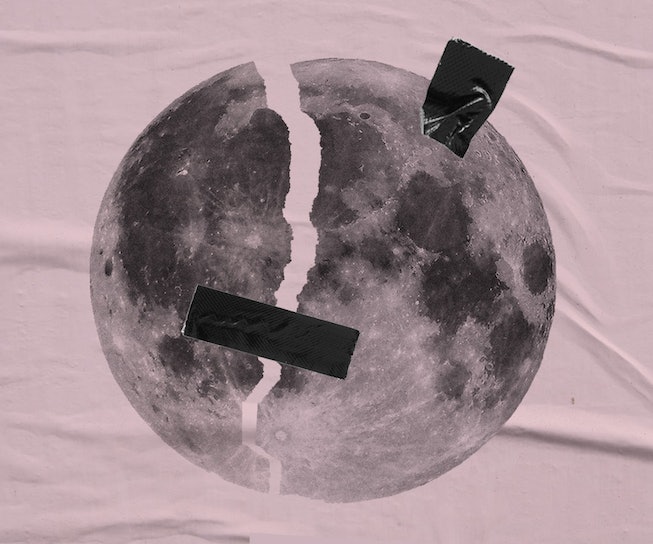 It's not uncommon for an astrologer to describe a moment, or a series of moments, when astrology became "real" for them — something beyond a passing interest that was sparked in one's youth when a quest for meaning felt like a hero's journey. For me, one such moment occurred when I was twenty-one and dating a Virgo. Now, I'd dated Virgos before and it's easy to date the same Sun signs since most people have access to that information. But until I started seeing this woman, I'd never asked people's moon signs. I saved profiles on astro.com and considered these texts of friends and lovers like little archives of a past and present life. What came to me upon pulling her natal chart, like a bolt of wonder, was that her moon was in Aquarius. And so, I came to find, this was the moon of the woman I'd been seeing before her… as was the moon of the woman who'd been my lover between the two. The three of them were different Sun signs: Aries, Cancer, and Virgo, in that order. It was the Aquarius moon that lay secretly between them, revealing a pattern for me.

Aquarians are like that, you know: they store potent emotional information for a long time, refining it to a crystalline state which can be true from any angle, and then they give it to you. Often with very little instruction, often with a note of farewell.

These three women were a kind of moon cycle for me, a formative moment where love was reinvented as a looping path away from conventional structures and towards something beyond ourselves. We were each other's muses and soothsayers. We catalyzed each other's art. We taught each other how to collect energy in our hands and use it for healing, how to recognize the significance of a dream crow, how to un-possess someone. When I think about the full moon in Aquarius in the sky on Monday, filled with the light of a heavenly body she will never touch, I know she rises with the same power they had: the power to make an entirely new way for yourself no matter the constraints, the power to recognize the manipulations of those around you and still treat them with compassion, the power to break ancestral patterns of trauma for the sake of the collective dream.

There's no doubt in my mind that the square our full moon makes to Uranus tonight was fated, not so much servile to some conception of time and space, as we imagine planets are. Our sideways Uranus, cold, and carting 27-ish Shakespearian moons. Our reckless force, our risk impulse, our chaos conduit. How do all Uranus' moons handle that kind of influence, and what do the moons of Uranus have to teach us and our moon? Perhaps, dear reader, you are in a moment of recovery. Perhaps you have recently made a difficult decision, a painful change. Inside every moment of mourning, of surrender, of withdrawal, is a kind of knowing. If you reach for it, it surfaces in response, often faint but on some occasions — as clear and loud as a town bell. A knowing that rises out of loss can serve as good company and it can be healing — at first. Like a language that existed in you before it was replaced by the languages of others.

On a full moon that craves emotional reprieve, that wants the parallax view, one can fall in love with the sort of knowledge that breeds distance. That wants us to believe that there are parts of ourselves completely unacceptable or incomprehensible to others. It's not wrong to believe such things, it can be a kind of protection. But, it's worth recognizing that we are trained to underestimate each other. That sometimes, an outside observer can see our power in a way that we can't, and can teach us how to turn our hidden self into our most potent public incarnation.

It is wise, then, to remember that inside every solar system is a mystery (if not many mysteries). It would be worth your time, reader, under a night sky so lit up by reflection, to remind yourself that whatever you've learned about yourself this month — about what's possible and what's better left alone — there’s still so much unknown to you about who you are, and what’s unknown is undefeatable. "Well shone, Moon," wrote Shakespeare. "Truly, the moon shines with a good grace."​