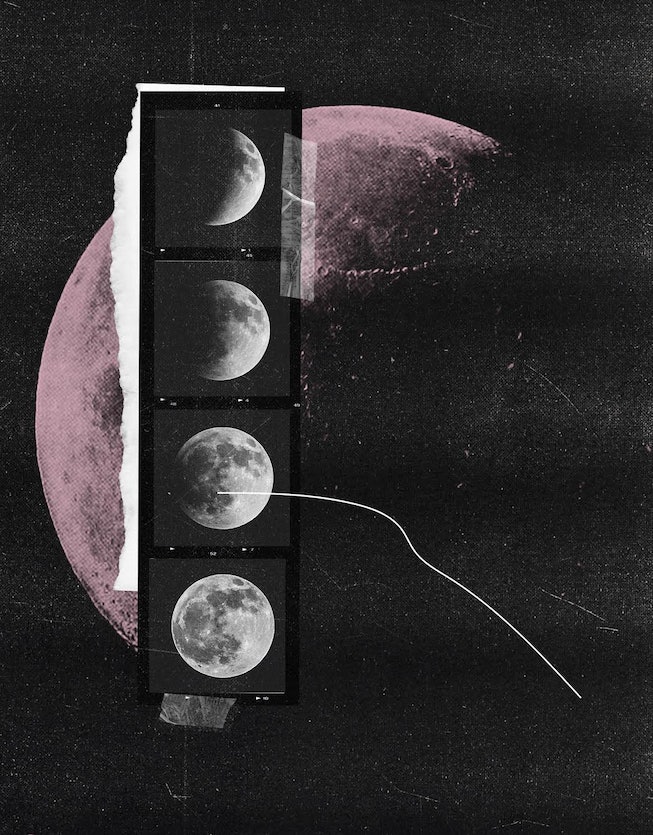 It would be natural to assume that, since Scorpios are often described as mysterious and secretive, a full moon in Scorpio would lend its energy to a collective peek behind the veil. It would be logical to try and anticipate what, if anything, could be revealed. To look askance at the skeletons in our own closets and wonder just how much we'd need to pile on top of them before they were hidden from view.

The trouble with logic is that Scorpios are troubled by it. The sign that rules dark water, Scorpios submit to the laws of the ocean which are mostly unknown to the human world. It is said we know more of our moon than we do our oceans. Approximately 95 percent of our oceans remain a general mystery to biologists, and since the ocean makes up about 71 percent of our Earth, it would stand that we know very little about the celestial body we float this universe on. In accordance, the only thing Scorpio loves more than learning secrets is keeping them. A proclivity born of their superpower to sense and probe weakness, charged by the gift of their many eyes, Scorpios are drawn toward cracks in the foundation, to points of leakage in a dam. Because full moons are the completion of a cycle, because they are emotional and evocative, our full moon in Scorpio on the morning of May 7th presides over our deepest and most guarded beliefs.

What we defend within ourselves at all costs, what we rarely share with others for fear of compromise, what we are ashamed to want for ourselves, what we regard as a gift and a burden within our character — these aspects of human nature that exist between the social self and the subconscious self are Scorpio's raison d'être. They are also the aspects of human nature that drive a lot of people to seek healing or, conversely, self-destructive behaviors. The phoenix needs to burn, after all, but whether it rises a better-off bird from the ash is not guaranteed. When the moon is full, it is hangs opposite the Sun in our sky and so, our heavy moon in Scorpio beckons the tides of mystery in direct opposition to the Sun in Taurus, who prefers the beauty and resonance of what is familiar and known. Here, we see a correspondence in our collective reality: we know the world is no longer the same, we feel like waves of grief washing over us, and yet to surrender to that knowing would be to accept change before we feel ready. Before we are sure we can swim.

The tension between what we've known and what is yet unknown, but readily felt, is strengthened by Mercury's opposition to the Moon. Mercury in Taurus wants to act in a way that is sure, wants to communicate sureness to others. It regards direct and firm responses. These responses arise in direct contradiction to our emotional reality which demands emotional respect. Citizens of the U.S. who haven't directly experienced the pandemic cry out in protest of the direct impact the closing of stores and public spaces has on their lives. They call into doubt what they can't see for themselves. Despite new coverage of NYC's field hospitals and corpse refrigeration trucks, or large outbreaks in rural areas like Dakota City, Nebraska where factory farming thrives, there are plenty among us who would rather demand what is familiar to them than face the very real fact of what needs to change.

Lucky for us, Mercury in Taurus is also sextile Neptune and Neptune forms a trine back to our Moon in Scorpio. This sextile between Mercury (our god of information) and Neptune (god of dreams and intuition) encourages a deeper relationship to our psychic knowing, an instinct to lean a little deeper into our gut feelings under we can parse fear-response from fact. Meanwhile Neptune's trine to Scorpio beckons our creative senses and creative solutions. Trines are a flowing energy that encourage movement; shifting, soft transformations that, in this case, reimagine what surrender can be in a time of crisis.

Under this full moon, dear reader, reflect on parts of your life right now when you can trust yourself to float rather than tread water. Try to sense out the larger forces at play. Is there something or a collection of someones you can trust to hold you if you should ever need to reach out? The ocean is mysterious and dark and full of devastation but, even with waved, it can hold us up. Under this full moon, waves of grief and fear of change dredge up old stories about who you are and how much you can't handle, place a hand to your heart and a hand to your sacral chakra (below your belly and near the pubic bone) and ask yourself: "Is that true? Is it still true? Was it ever true?"