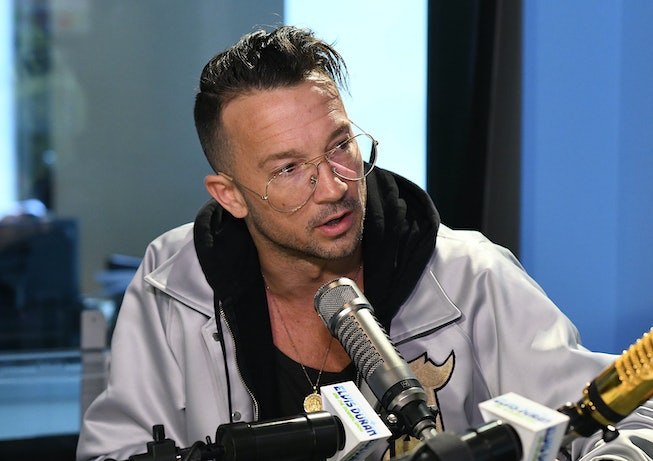 There are a lot of unanswered questions surrounding Hillsong, the nightlife-esque megachurch popularized by a celebrity congregation that includes Justin Bieber, Selena Gomez, and several Kardashians. The church has captured the criticism and fascination by the public for its secretive religious practices, homophobic beliefs, and abuse allegations. It wasn’t uncommon a couple of years ago for a celebrity you liked to be disappointingly outted as a Hillsong attendee, kind of like how celebrities are now outted for buying distasteful gorilla NFTs.

This murkiness of religious institutions combined with their unchecked power combined with a roster of celebrity worshippers who are famously off-kilter makes Hillsong the perfect topic for an investigative service documentary. Thankfully — we’re getting one as Discovery Plus unveiled the trailer for its three-part docuseries Hillsong: A Megachurch Exposed.

“The history of Hillsong is an incredibly compelling story we wanted to explore,” said Howard Lee, the president of TLC streaming and network originals, in a statement. “Hillsong: A Megachurch Exposed will take viewers on an eye-opening journey that will provide new insights into a controversy that continues to be examined.”

All three episodes will drop on March 24. In the meantime, catch up on everything to know so far about Hillsong: A Megachurch Exposed.

The docuseries will dive into the history of Hillsong

According to Variety, the series explores Hillsong’s rise in the 1980s, when it was first founded in Australia by Brian Houston as an offshoot of his father Frank’s Sydney-based Pentecostal church. It also tracks how Hillsong grew internationally, a process which included pastor Carl Lentz, who lead the New York City chapter and has been photographed with celeb attendees like Bieber — but was eventually fired for “moral failures.”

It doesn’t look like any celebrities are interviewed, but people who worked in the church are

Unfortunately, it doesn’t look like Biebs is talking. But other interviewees include: Hannah Frishberg, a New York Post reporter; Ben Kirby, an expert on megachurches who also started the PreachersNSneakers Instagram account and wrote PreachersNSneakers: Authenticity in an Age of For-Profit Faith and (Wannabe) Celebrities; and Jaclyn Hayes and Janice Lagata, who worked under Lentz as volunteers, who speak to the church’s cult-like nature.

Hillsong: A Megachurch Exposed will explore allegations of trauma, abuse, and exploitations

According to the docuseries’ logline, it will “profile numerous ex-members of the church who have come forward to share harrowing allegations of the trauma, abuse, financial and labor exploitation that created a culture of chaos within the church.” It will also talk about how the church was able to grow itself into a global brand, with murky lines between church, cult, and corporation.

The trailer gives a peek into the church’s seedy underbelly

Dramatic testimonials, paparazzi shots of Lentz and Bieber, and sweeping shots of ecstatic worshippers — the Hillsong: A Megachurch Exposed trailer has it all.