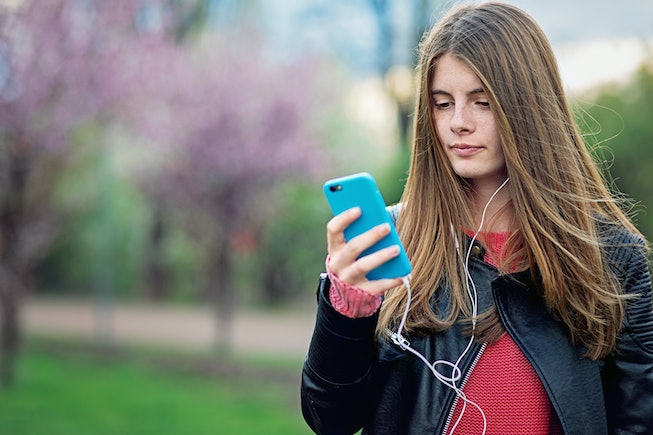 Our iPhones already know everything about us: whether or not our crush texted us back, how many TikTok videos about attachment theory we watched between the hours of 2 and 3am, our risky text drafts in the Notes app, the deepest ravines of our selfies, and the exact locations of us and our closest friends. But your iPhone may also soon be able to tell if you’re depressed. It probably has some idea based on your text messages, Google searches, and rapidly increasing screentime, but according to the Wall Street Journal, Apple is working on iPhone features that will help detect cognitive decline through things like facial expressions and typing metrics.

According to the article, Apple is working with UCLA and pharmaceutical company Biogen, where researchers are looking at data that includes mobility, physical activity, sleep patterns, typing behavior, how users speak, heart and breathing rates, the frequency of typos (don’t drag us!) and more, to identify signals that suss out where users are mentally. The data will be compared to questionnaires filled out by users in the study about how they feel, and researchers will collect their hair samples to measure levels of cortisol, the stress hormone. The Journal reports that Apple also has a third partnership with Duke, where they’re researching detecting childhood autism using iPhone camera to observe how kids focus.

The point of the study is presumably to be able to tell users they’re in cognitive decline, so they can seek help earlier. Obviously there are a lot of issues with an iPhone diagnosing you with depression, a dystopian can of worms nobody wants to open. Sources in the article said, however, the research won’t necessarily mean Apple will create new feature. After all, Apple was reportedly introducing a blood glucose monitoring feature in 2017 that’s yet to materialize, as noted by Gizmodo.

But it also feels naive to believe that this research will help us in any way. Besides the obvious irony that iPhones have made us all depressed in the first place, tech companies tend to only look out for tech companies, and any data they have about how depressed we are will likely only be used to sell us products to help fix the depression they contributed to in the first place.