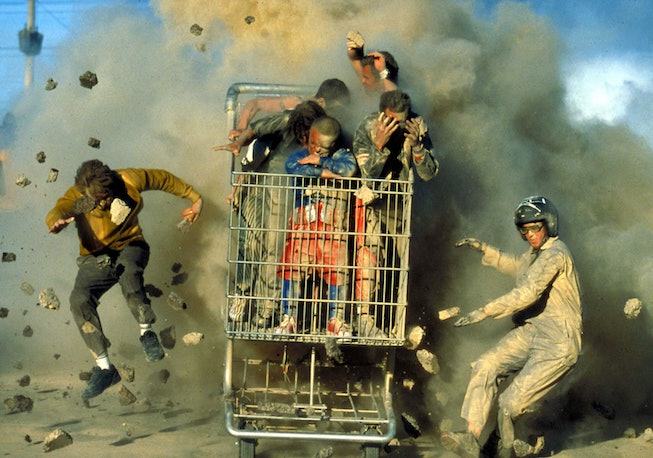 Obama was president when the last Jackass film came out. A lot has happened since 2013, and the world has grown arguably only more ripe to appreciate the wild stunts of Johnny Knoxville and crew. Thankfully, the trailer for the series’ newest installment Jackass Forever was released Tuesday.

The trailer, which has text that reads: “When was the last time you got together with old friends to laugh your asses off?” and is set to Johnny Cash’s “We’ll Meet Again,” promises a buffet of stunts including but not limited to pyrotechnics, large spiders, someone getting shot out of a cannon, coating someone in honey and salmon, then releasing a bear into the room. It also teases sone of the film’s guest stars, which will include Machine Gun Kelly, Eric Andre, Tony Hawk, Shaquille O’Neal and UFC Heavyweight Champion Francis Ngannou.

It’s been 20 years since Jackass was first released as an MTV show before being made into a film in 2002. Jackass Forever marks the first Jackass film since the tragic death of cast member Ryan Dunn in 2011 and the firing of Bam Margera from the film after he broke his promise to remain sober during filming. Knoxville has also said that it will be his last Jackass film.

“You can only take so many chances before something irreversible happens,” he told GQ earlier this year. “I feel like I've been extremely lucky to take the chances I've taken and still be walking around.”

Fans on Twitter reacted enthusiastically and emotionally to the trailer:

After being delayed due to Covid, the film will be in theaters on October 22, 2021.