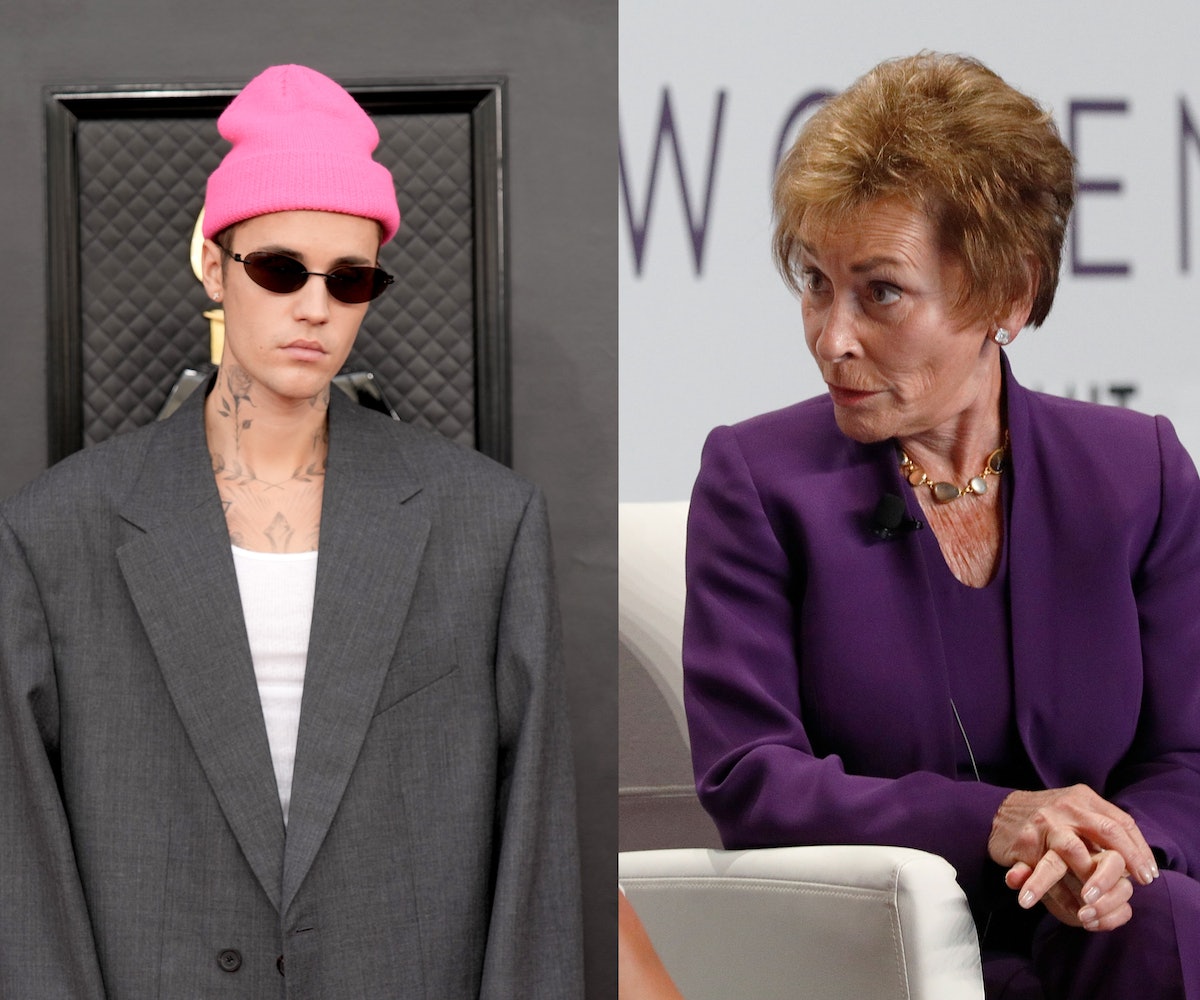 Stars are just like us, and sometimes that means having weird relationships with your neighbors. The City of Angels is only so big, and there are oh so many celebrities to fit in its limited zip codes, which means that a lot of them are going to end up being neighbors. Justin Bieber and Judge Judy, despite being two extremely different people, are two of these stars who were pushed together because of real estate — and apparently, it was awkward for everyone.

Judge Judy Sheindlin, who used to live beside Bieber, recently told Access Hollywood that he used to be terrified of her after she spoke publicly about his messy teen years, which included getting arrested for driving under the influence.

"He's scared to death of me," she said in the interview. "There was a period of time before he grew up — when he was foolish, and doing foolish things."

She’s talking about 2014, after Bieber was arrested for a DUI. "Being a celebrity is a gift," she said at the time. "You could either treat it reverently or you could make a fool out of yourself. And he's doing a very good job of making a fool out of himself."

But she didn’t stop there; she went on to insult not just his character, but his vocal chops: "I think it's sad. And nobody's going to remember that he was a marginal singer,” she said. “But they're going to remember a young kid who had a chance to have it all and who is blowing it by acting like a fool."

According to Sheindlin, after her comments, Bieber has his security inform him when she was outside so they wouldn’t cross paths.

"I must have said something about it, and then, I understood that he was paying the front door people to let them know when I was there, coming and going, so he wouldn't have to bump into me," she said.

It’s unclear how Bieber feels about cowering in fear over his then-septuagenarian neighbor, but you know what they say: If you can’t do the time, don’t do the crime!

At this point, Sheindlin has had such a long and consistent career on daytime TV that she will always be a star, but the Access Hollywood interview comes as part of her press tour for Season 2 of her Prime Video show Judy Justice, which premiered this week. You can watch the trailer below.