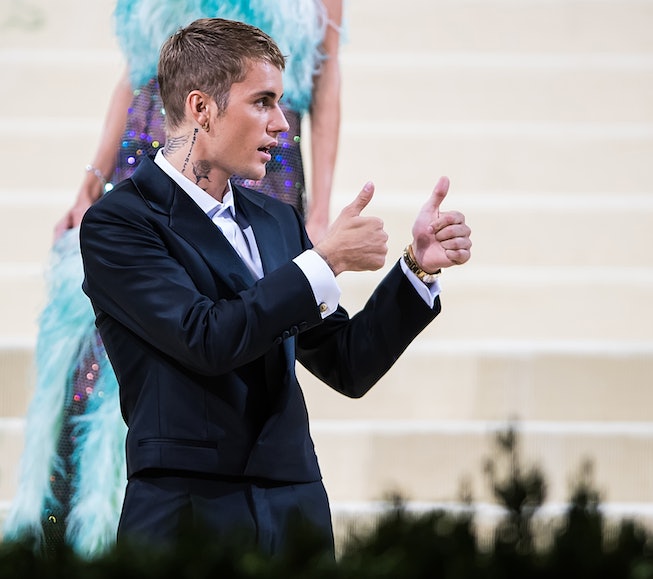 Your new weed dealer is Justin Bieber, who announced he’s getting into the cannabis biz, selling his own brand of pre-rolls with California weed company Palms. At least for those of us from the West Coast, long gone are the days when you had to text some guy named TJ for weed only to have him leave what was certainly not two ounces in your car drink holder because he didn’t have a plastic bag — but, now, five years after California legalized recreational weed, we can buy it from Biebs himself.

The singer’s first product is called “PEACHES Pre-Rolls,” after his semi-recent single where he told us he gets his “weed from California.” You can’t say the marketing isn’t smart! In press photos, the joints are styled poolside along with ripe potentially Georgian peaches and a deck of playing cards for a glimpse of celebrity leisure. At just .5 grams, they’re kind of baby joints, and Bieber isn’t exactly a generous dealer: They cost $50 to $60 for a pack of seven. But they do come with a matching Peaches lighter you’ll lose in a week!

“I'm a fan of Palms and what they are doing by making cannabis approachable and helping to destigmatize it – especially for the many people who find it helpful for their mental health,” Bieber said in a statement. “I wanted to make sure that I was doing something with them that felt genuine and Peaches felt like a good place to start.”

Bieber recently spoke with Vogue about his weed destigmatization journey: “Weed was something that I felt people tried to make me feel bad for enjoying,” he said. “But I’ve now found a place in my life for weed products that have been beneficial in my human experience.”

It will also be beneficial to his wallet! But as a white man in the cannabis industry, Biebs is also doing what should be the bare minimum: A portion of proceeds from the joints will go to Veterans Walk and Talk, which advocates for cannabis use as medicine, and Last Prisoner Project, which supports criminal justice reform around cannabis convictions.

Bieber joins a long list of other celebs who have lent their branding to pedal pot, including Seth Rogen (Houseplant), Jay-Z (Monogram), Snoop Dogg (Leafs by Snoop) and Melissa Etheridge (Etheridge Botanicals...it’s okay to laugh). But celebrities putting their names behind joints hasn’t become as ubiquitous as, say, perfume yet, but we’re looking forward to the day where we can buy weed from everyone from Biebs to Timothée Chalamet.

NEXT UP
Culture
On The List (With Melissa Rich): Is The Party Venue Recession Upon Us?
Culture
Aubrey Plaza Directorial Plans Involve Filling The “Female Tim Burton Spot”
Culture
An Exhaustive Breakdown Of The Balenciaga Controversy
Astrology
Get To Know Sagittarius, Astrology’s Wild Child