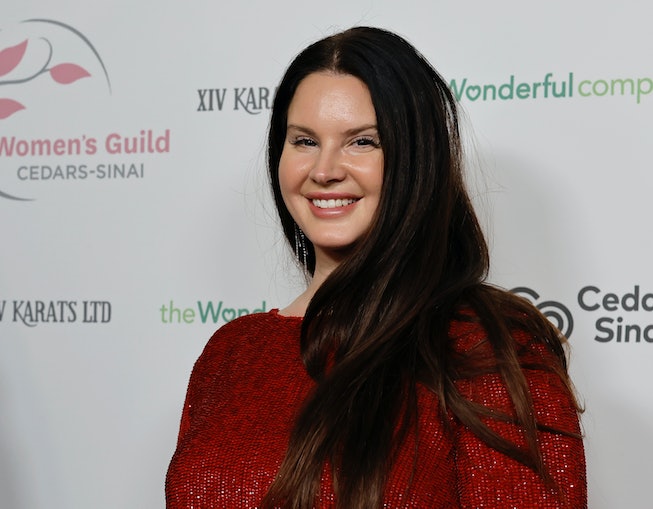 The thousands of Spotify users who recently learned they’re in the top one percent of Lana listeners at the end of 2022, myself included, are in luck: Lana Del Rey has confirmed she’s coming out with a new album. Did You know that there’s a tunnel under Ocean Blvd, the singer’s ninth studio album, is out in March.

It was previously announced that the album was was going to be released on March 10, 2023, but Del Rey posted on Instagram that the date had been pushed to March 24. “March 24 now thanks. Box set, and merch,” she said in the caption. She also shared a 16-song tracklist, merchandise items (including a lighter) and a NSFW alternative album art showing her partially topless, which she had to delete for being against Instagram’s guidelines.

And in a more perplexing, enthralling update, a Lana Del Rey fan account is reporting that Del Rey is taking some very Lana artistic leaps.

“According to a reliable insider, the interlude featuring Pastor Judah Smith is over 4 minutes long & is chaotic, strange, & random. It consists of the singer humming/giggling while the pastor shouts a sermon,” the fan account @LanaDelReyOnline reported earlier in January. “There are also 6 songs on the album that are 5 minutes or longer!”

So far, Lana has released the album’s title track last month to hold us over until Q2. “Did you know that there's a tunnel under Ocean Blvd” was posted to Lana’s official YouTube page today, featuring a gorgeous ballad about longing.

Though Lana didn’t come out with an album in 2022, Lana fans were treated to two albums in a calendar year in 2021. Her forthcoming album will be her first full-length release since Blue Banisters in October 2021, which came only five months after Chemtrails Over the Country Club, which was released in March 2021. We supposedly got to hear Lana on the track “Snow on the Beach” on Taylor Swift’s Midnights, but you’d be forgiven to wonder if she was actually even on the track. She also released the gorgeous “Watercolor Eyes,” which she recorded for Euphoria’s second season.

Del Rey hadn’t dropped hints about an album except for back in October, when she revealed she lost a laptop, cameras and hard drives containing music and a manuscript for her 200-page book after her car was broken into. To steal from a woman who gives us so much? Criminal! It’s unclear if this larceny affected the release date of the album.

Of course, some fans may have heard the new music. In the series of videos, which have now been deleted, Del Rey also pleaded with her fans to not listen to the new music.

“Please don’t listen to the music if you hear it because it’s not coming out yet,” Del Rey said. “And, in terms of the book, I loved the book that I lost with all of my heart and put a lot of passion into it. And in terms of the camcorders, we shall see what happens with that.”

However, now we do have permission to listen to “Did you know there’s a tunnel under Ocean Blvd.” Listen, ideally on repeat, below:

Here is the Did You know that there’s a tunnel under Ocean Blvd track list.

This article was originally published on Dec. 7, 2022