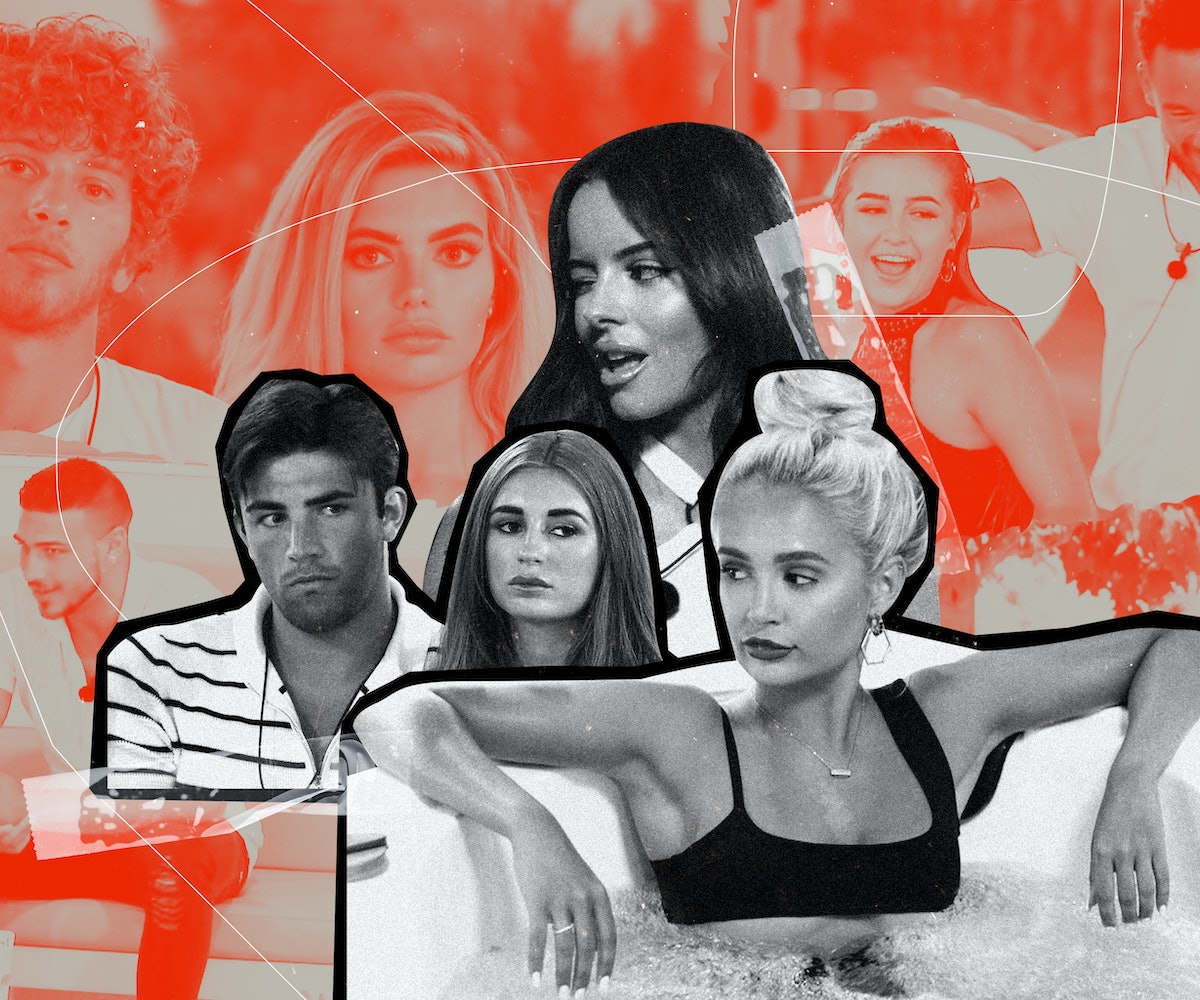 I miss my friends. Not my hometown friends who are getting married and having gorgeous babies with first names that sound like last names. Not my uber-successful college friends who knew what Zoom was before the pandemic. I’m not even talking about my New York City comedy friends, who have all decided to move to Los Angeles, a city that has actually been re-zoned as a big, big haunted house by the sea. I’m talking about my friends from the villa. I miss my islanders.

Not to unveil the understatement of the century, but something happened in 2020. That’s right, I dove into the seductive world of Love Island — a sweeping, spellbinding reality TV programme (OK, she’s getting British already!) that, much like another virus, has taken over every aspect of my life.

The premise is simple enough — a bunch of hot, hairless people who own infinite swimsuits spend the summer together in a mansion, famously referred to as “the villa.” To stay in the villa, or “on the island” as they call it, you must “couple up” with another contestant. Through a series of challenges and public voting ceremonies, islanders are eliminated until one couple remains. The winning couple gets £50,000, millions of Instagram followers, and often a Botox-fueled post-show makeover.

Before I proceed, it must be made clear that when I say, Love Island, I am exclusively referring to Love Island UK. Because people love to ruin a good thing, they did make an American version of the show, which unfortunately is full uncanny valley vibes — to use the Love Island lingo without the accents is unnerving, like hearing Simlish while not being 11 years old at the family computer. Did anyone else download The Sims last year to try and go back in time? It just hits different when you’re also stuck in a room of your own making.

Pre-pandemic, I wouldn’t have considered myself reality TV obsessed. I find The Bachelor, with its plotless 4-hour episodes, feels more like a looped car commercial for bodycon dresses than entertainment. So why did Love Island strike a chord?

Though my boyfriend and I would go days without seeing the sun and spent most of our time sprawled out on the couch whilst laboring to finish a massive batch of terrible turkey chili, we still connected with the show. We too felt like islanders trapped in the villa and wondered what our lives would be like back on the outside. We became obsessed and spoke in English accents for days on end — a bleak exercise in avoiding our own reality, which mainly involved frantically refreshing the news, washing KitKat bar wrappers in the sink, and going on slow, aimless walks while the other had therapy over the phone. Love Island is special because it was there for us when no one else was able to be. With Love Island, we weren’t cooped up. We were coupled up!

“Have you ever been pied or mugged off after grafting and bantering for hours with a fit bird? Or maybe you were fuming and felt like a right melt after a lad who seemed your type on paper was turned out to be just another egg in your basket? You get it.”

Unlike other dating shows, where it feels like contestants are only ever saying the phrase “right reasons” over and over again while bungee jumping off a cliff, Love Island gives you enough time with the contestants that you truly start to believe they are your best friends. Did I mention each season contains around 40 hour-long episodes? After giving 244 hours of my life to the islanders, I really felt like I knew them.

In one of my favorite Love Island exchanges, Megan from Season 4 tells Eyal that while they have great sexual chemistry, he’s not fun enough for her. “You’re not exactly Jim Carrey,” she says. “You’re not exactly Jim Carrey, either,” he spits back. These unreal figures became so real to me in that moment. Hey, I know about Jim Carrey, they know about Jim Carrey, that’s basically only three degrees of separation. They’re basically my best friends. And once the season ended, I still felt connected — there is no rush greater than looking up a Love Island contestant on Instagram after (and only after!) finishing their season to see what they’re up to now. (Mostly designing leggings and selling various creams.)

As my lover and I watched season after season, we coined the term “manning the ship” – the act of making sure at least one of us is watching the episode and paying attention while the other partner cooks or pees, or more likely, sits next to you but looks at their phone. During one low point last April, my boyfriend and I treated ourselves to a new sponge (what a rush!) and began referring to the clean sponge in the sink as our new islander. Life is a highway; I want to ride it all night long, etc.

Now in 2021, as we prepare for the premiere of Love Island Season 7, I wonder (please hold for me to take a Carrie Bradshaw drag of my cigarette), Will it be the same post-quarantine? Will I need my islanders now that I’m able to hang with people in real life? It’s both beautiful and bittersweet to think of my first experience following the show in real time while I resurrect my real life.

Now that I’m fully vaccinated, I’ve been eating finger foods indoors, I’m even flying on a plane, but knowing that Love Island is returning? That’s how I know life is starting to approach normal again. And as that happens, while I’ll worry less about getting sick and spreading a terrifying virus, I will be incredibly stressed trying to figure out how to watch the show in America. Please, someone reach out to my team and let me know how to do that. FYI, my team is me, my two therapists, my vibrator (clit only), and my unread copy of The Artist’s Way.

Love Island UK returns for the summer on June 28.