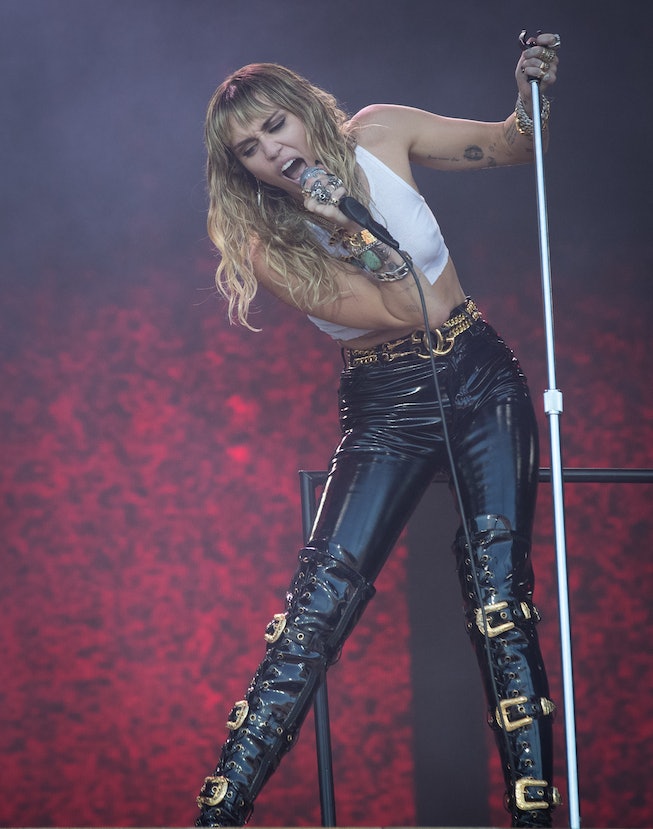 It’s been three years since Miley Cyrus graced us with Plastic Hearts, the glossy pop meets capital-R rock album that featured a track with Joan Jett herself, along with a cover of The Cranberries’ “Zombie,” that I’ll forever have on repeat. But a new year is soon upon us, and with a new year, we’re getting a new Miley — which hopefully means new music.

Cyrus started hinting at new music a couple weeks ago, when a series of vague, sensual posters started popping up in Los Angeles and New York, with the phrase “NEW YEAR, NEW MILEY.” It’s a phrase that’s now in Cyrus’ Spotify bio, in a teaser video on Instagram, and in the ultimate indicator: her Twitter bio. There’s even a countdown clock on her website Miley World — for just 3 days and 13 hours, which corresponds to New Year’s Eve, when she’ll host Miley’s New Year’s Eve Party special with her godmother Dolly Parton.

It’s unclear what exactly the “new Miley” means — fingers crossed it will harken back to the 2010s Bangerz, Miley Cyrus And Her Dead Petz era. Her recent appearance on The Tonight Show had her with quarter-inch rocker roots, a long black leather trench, black leather pants, and a light blue collared button down. Perhaps her new era will be something more pop punk, like in the way of Avril Lavigne and Demi Lovato?

There is at least one clue to back up a return to the neon funhouse of Cyrus’ Bangerz-era: Fans have been speculating that Cyrus could be once again working with Mike WiLL Made-It, who produced Bangerz, after the two of them were in a photo posted to Instagram by the hip-hop duo Rae Sremmurd, with the caption “EAR DRUMMERS & HEAD BANGERZ.” A girl can dream!

For your fix in the meantime, Cyrus did release her first live album this year: Attention: Miley Live, which featured two unreleased songs, along with 20 live versions of songs from across her career, along with covers of Madonna’s “Like a Prayer” and Sinéad O’Connor’s “Nothing Compares 2 U.”

Cyrus is also going to have a guest feature on Morrissey’s upcoming album Bonfire of Teenagers, which will be released in February 2023. And most importantly, starred in NBC’s Mountain Magic Christmas movie musical with Parton, which aired on December 1.