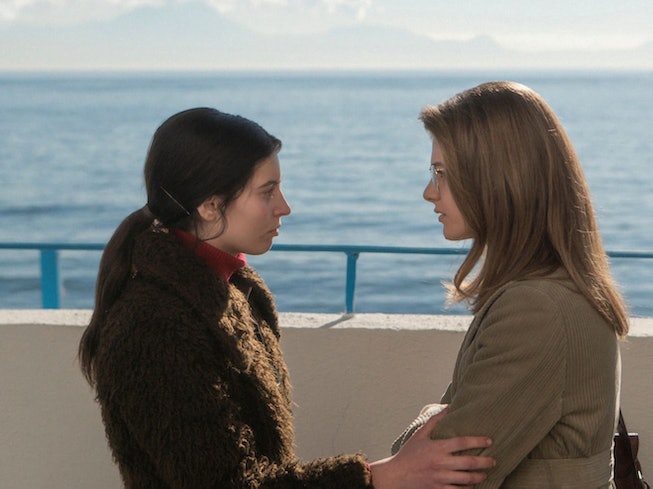 Congratulations to fans of devastating Italian coming-of-age dramas featuring strong female leads: My Brilliant Friend has been renewed for a fourth and final season.

This isn’t entirely a surprise; there are four books in Elena Ferrante’s brilliant My Brilliant Friend series, also known as the Neapolitan Novels, and each season has corresponded to a book. The last book in the series The Story of the Lost Child, closes the emotional, often violent story of a 60-year friendship between Elena and Lila, two girls coming-of-age in poverty-stricken post-war Naples.

“When we decided to bring Elena Ferrante’s masterpiece Neapolitan Novels to the screen, we knew Elena and Lila’s story had to be told in its entirety,” said Francesca Orsi, executive vice president of HBO programming. “It’s both thrilling and bittersweet to embark on this fourth and final season.”

With a book so beloved, you’d expect a show to not be received so well by audiences, but My Brilliant Friend is a flawless page to screen adaptation. Somehow the show conjures the exact images of 1940s Naples that Ferrante so expertly details in a New Wave-style that makes the settings as important to the emotional tone of the show as its storylines.

HBO is currently airing the show’s third season, based on the third book Those Who Leave and Those Who Stay, which follows Elena working as a thriving writer married to a professor and Lila working in a sausage factory after leaving the husband she was forced to marry at 19. It concludes on April 18.

Here’s everything we know so far about the fourth and final season of My Brilliant Friend.

The fourth and final season is based on Ferrante’s book The Story of the Lost Child, which follows Elena and Lila into their 60s. Without giving too much away...in the book, Elena has left her first husband and moved back to Naples with her daughters, where her life converges with Lila’s, who has never left.

There will be new actors playing Elena and Lila

For the last three seasons, the Italian series has starred Margherita Mazzucco and Gaia Girace, who were chosen among 9,000 Neapolitan non-professional actors to play the show’s leads. It was announced earlier this month that Italian A-lister Alba Rohrwacher will be playing an older Elena in Season 4. Rohrwacher has also been the voice of an older narrator Elena throughout the series.

It’s unclear who will be directing

While Seasons 1 and 2 were directed by Saverio Costanzo, the third installment was directed by Italian auteur Daniele Luchetti, whose heavily influenced by 1970s American films, specifically the works of John Cassavetes.