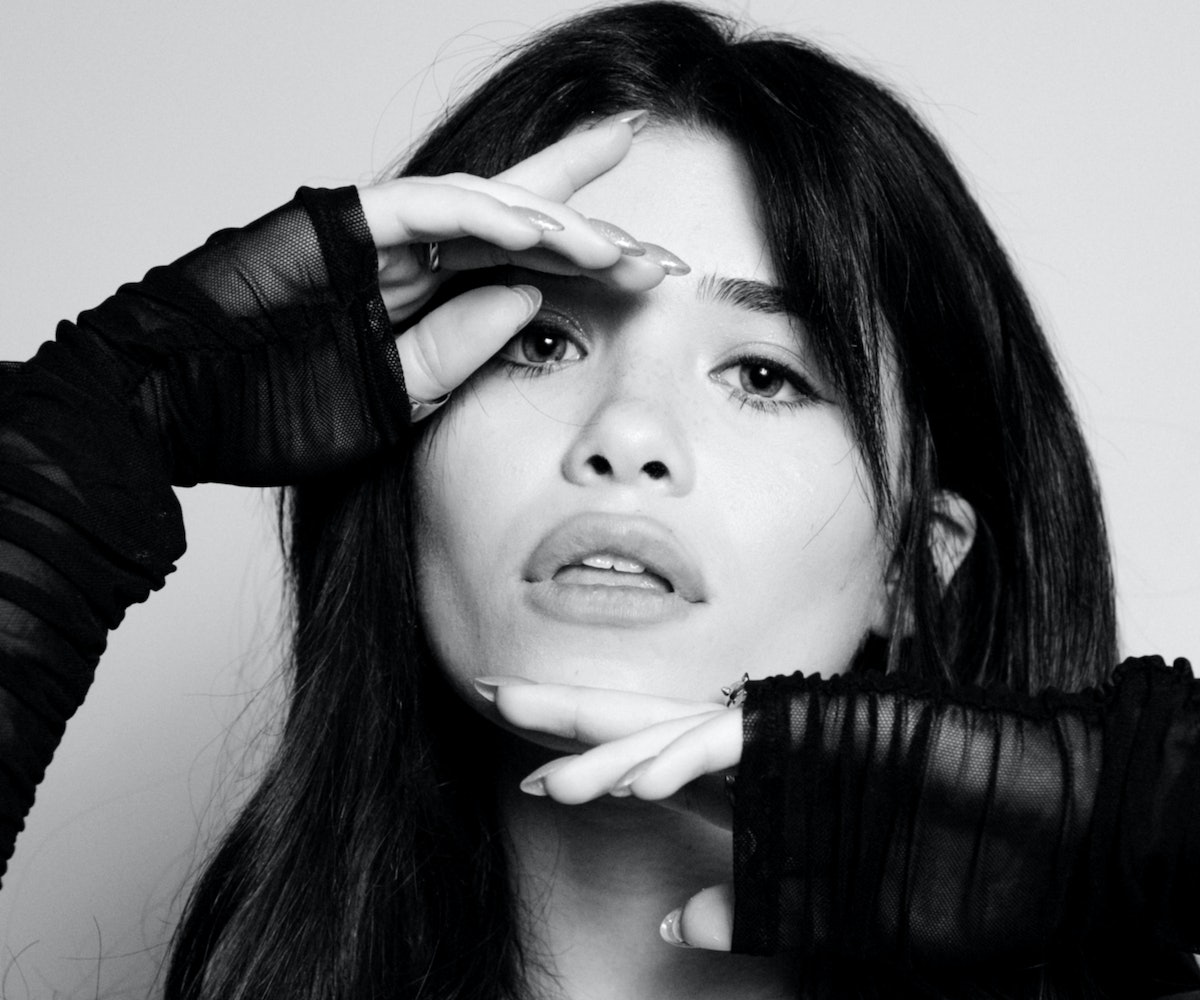 My eating disorder started when I was in middle school. Growing up, I moved around in New Jersey a lot, and had just enrolled at a new school. There, I was a growing 12 year old with new friends. I became very insecure and would constantly compare myself to them. In my diary, I drew myself as a blob and them as stick figures. I thought, "I want to look like them."

At first, I would have my mom pack my lunch, or I would be like, "Hey mom, I'm going to get lunch at school," and then not eat anything. Sometimes I would hide my dinner, or say that I was eating it in my room and flush it down the bathroom toilet. I would try to see how long I could go without eating any food. I developed such a negative relationship with food, which I used to love so much. I would go on Tumblr and look up pro-ana stuff that, as a young girl, is just so terrible to look at. But I was obsessed, and I didn't really know it was a problem. At 18, I was diagnosed with borderline personality disorder (BPD), and later learned that eating disorders can often occur alongside BPD.

As soon as I came out to Los Angeles and started my music career, my ED got bad again. At first I was going back and forth between home and LA, so I didn't really get the full LA experience; I wasn't dealing with hate comments at that time, or people judging what my body looked like. I was just so excited to be there and that I was doing something with my life. But as soon as I officially moved and I didn't have a guardian or anyone that cared or watched what I ate, I didn't eat anything. I didn't have bulimic tendencies until I came to LA.

Freedom can cause someone who deals with mental health issues to do so much. I could do whatever I wanted, whatever my brain told me to do, because no one else was telling me to do something else. My mom had always been big on trying to make me eat and making sure I was eating. Not having her around made it easy to do what I wanted, while also constantly comparing myself to everyone here. This was also the time where I started to see comments from people asking if I was pregnant, or saying, "Oh, she gained weight.” I have had comments from people really close to me about weight loss, and I also have heard (and have been hurt by) comments from people that I know about my weight gain at certain times. I've seen texts where someone has literally written someone else saying, "Nessa looks so fat right now." I know what people say about me.

I’ve never spoken about this before, but at that time I developed a substance abuse habit behind everyone's back. For probably six months, I was doing certain substances that make you uninterested in eating. And I loved it. When I started dating Jaden, he helped me quit. I got sober and that took a toll because I didn’t have a substance controlling my hunger anymore. Right now, I think my eating disorder is probably the worst it's ever been. I'm really good at keeping things to myself, especially when I'm embarrassed by it. This is the first time I've ever opened up about struggling with my eating disorder. I've been so vocal about all of my other mental health issues, but this one is different. But as I was just writing my album, I thought, "Why don't I write about this?" Because I'm dealing with it daily.

Every one of my writing sessions starts off with a therapy session. It's a hard process; putting your thoughts into lyrics that are going to be a part of a song is very hard for me to do sometimes, especially when we're talking about a topic that is extremely triggering and could be very sensitive. I don’t want to trigger other people going through something similar, because everyone deals with things differently. I wanted to be very careful. That was probably the hardest part about writing it, but unbeknownst to me, there was someone else in the session who had dealt with this, as well. Sometimes when you deal with something you're so close to it that you can't really see the big picture. Having another person was helpful. I think that we made a beautiful song and we were able to put a lot of meaning into something without it being too in your face or too triggering.

It's really scary to be releasing it. I fear the comments that are going to be, "Oh, you don't even look like you have an eating disorder” — especially when I have a music video that's coming out with it. I know how some people are going to judge me. I just have to remind myself that there's a reason why I wrote this song. There are so many people in the world that struggle with an eating disorder, that I feel this song could really help them. That's why I made it.

I’m still struggling. I have a lot of people around me who are very supportive and actually love and care about me, but I'm still struggling. I see so many versions of myself. I see the person that is online. I see the person that is actually me. And then I see the person in the mirror and they're so different and it's almost very hard for me to keep up with everything. My music is probably 70 percent of my time, and then the rest is just dealing with my mental health. It's a constant battle and it's a terrible game that I play with myself.. But I am in dialectical behavioral therapy right now, and we have started to focus on my eating disorder. It's helped a lot,and I feel like sometimes I'm doing everything I can to help myself. Because if I told anyone right now that I was ready for recovery, I'd be lying.

I hate that it's not really talked about enough. Most people who don't struggle with it have little knowledge about eating disorders, which causes so many harmful comments and judgments to those that struggle. It's so much more than someone telling me to just eat more. It is a mental game that slowly starts to morph itself into this monster inside of you. It's a mental illness, and we should treat it as such. I hope my song brings as much awareness as it can. When people listen to “dying on the inside,” I want to remind them that they're not alone. I want everyone to know that they are beautiful no matter what, and that it's unfair for them to put so much pressure on themselves. And that I know how hard that is.

As told to Lauren McCarthy.

Watch the music video for “dying on the inside” below.

NEXT UP
Beauty
Bella Hadid’s Clip-less Updo Is Going Viral On TikTok
Culture
The Cutest Couples At The 2023 Grammys
Fashion
Jenna Ortega Is The Face Of Adidas’ Newest Line
Culture
Phoebe Dynevor Will Not Return for Bridgerton Season 3
Style + Culture, delivered straight to your inbox.