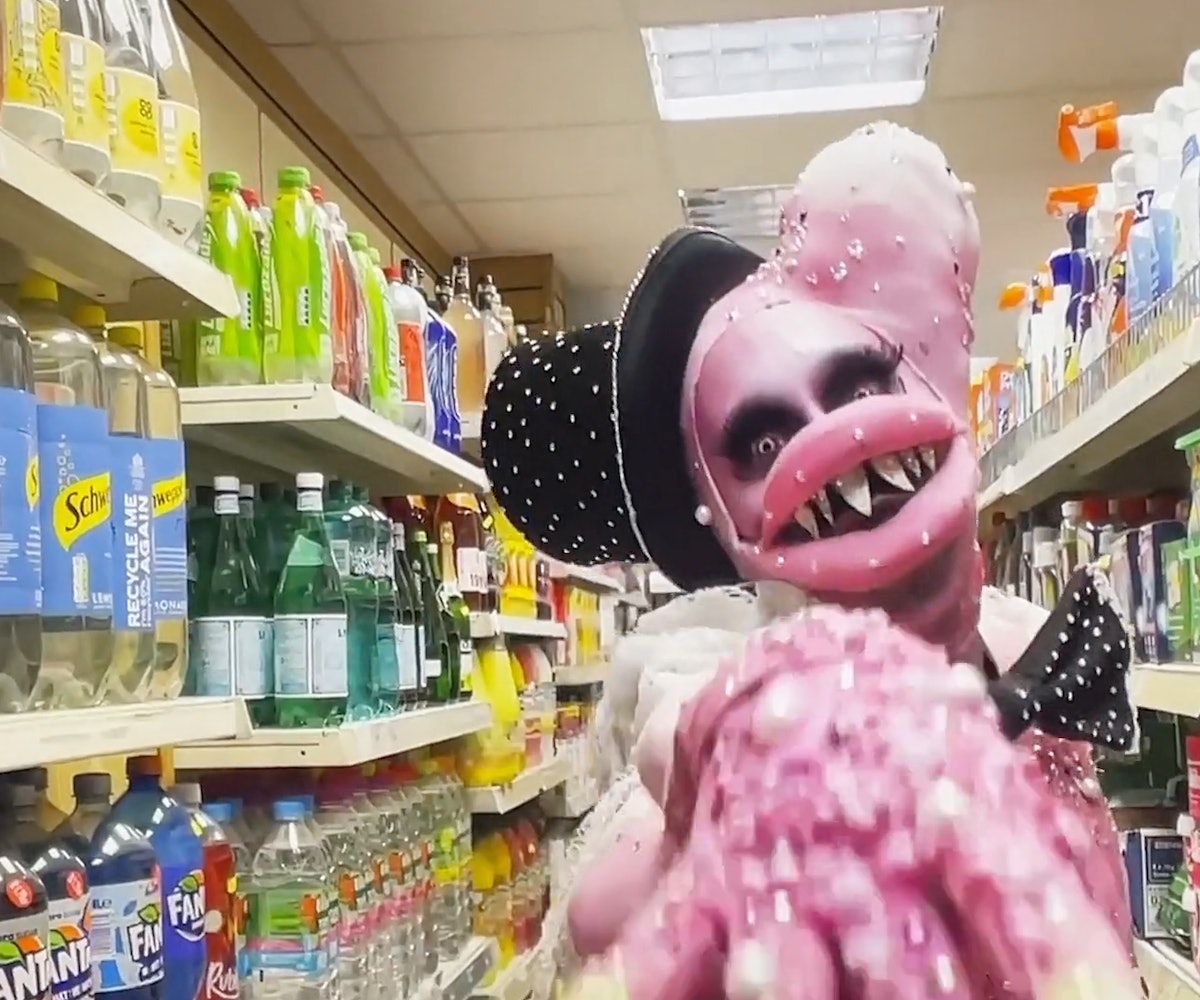 After a period of rest, Oliver Sim, formerly of The xx, is back with new music and new monsters to excavate.

He’s doing so literally in his first solo single “Romance With A Memory,” which was inspired by his love of horror films. Along with the single, he’s releasing a lyric video starring a number of RuPaul’s Drag Race and Dragula queens, including Charity Kase, HoSo Terra Toma, and Gena Marvin, lip syncing and dancing while dressed as the monsters who belong at the Met Gala.

The xx formed in 2005, intoxicating the world with their influential blend of indie rock and R&B. After the release of their 2017 LP I See You, the band took a hiatus. Sim, has been working on his own material since, but he teamed up with his brother Jamie xx, also formerly of The xx, to produce “Romance With A Memory.”

“I’m thrilled, excited, ecstatic, over-caffeinated and overjoyed to be sharing ‘Romance with a Memory’ with you all. Terrifyingly, this is the first song I’ve ever released under my own name, I really hope you all enjoy it,” Sim said in a release. “I’ve also made a compilation of some of my favorite monsters, killers, and queers getting down. I hope both the music and monsters make you feel as happy as they make me — I cannot tell you how much joy it brings me to watch a ghoul having a good time.”

Fans of the much-missed indie sleaze era will appreciate the track, which features a propulsive, head-nodding beat that perfectly scores the most glam monsters you’ve ever seen strutting the aisles of a corner store, frockling in the snow, riding the tube, or shimmying in a kitchen.

“The lack of a kiss did more than a thousand / It’s less about you than a romance with a memory/ Maybe it’s best that we never meet again/ So I’m let down by reality,” Sim sings in a spoke-sung stylized voice reminiscent of Cake or LCD Soundsystem, creating a kind of affirmation against the idea of romanticizing itself.

This isn’t the first time The xx have peeked their heads out from their hiatus. On Tuesday, the band announced their new monthly radio series for Apple Music 1. Interludes Radio will premiere March 10, with each episode hosted by a different member of the group. Sim’s episode is first up, who will debut a horror film-themed episode featuring Florence Welch, Elton John, Sampha, John Glacier, Romy, Jamie xx, and director Yann Gonzalez.

We can expect more releases from Sim soon, but in the meantime, you can watch the lyric video for “Romance With A Memory,” below.