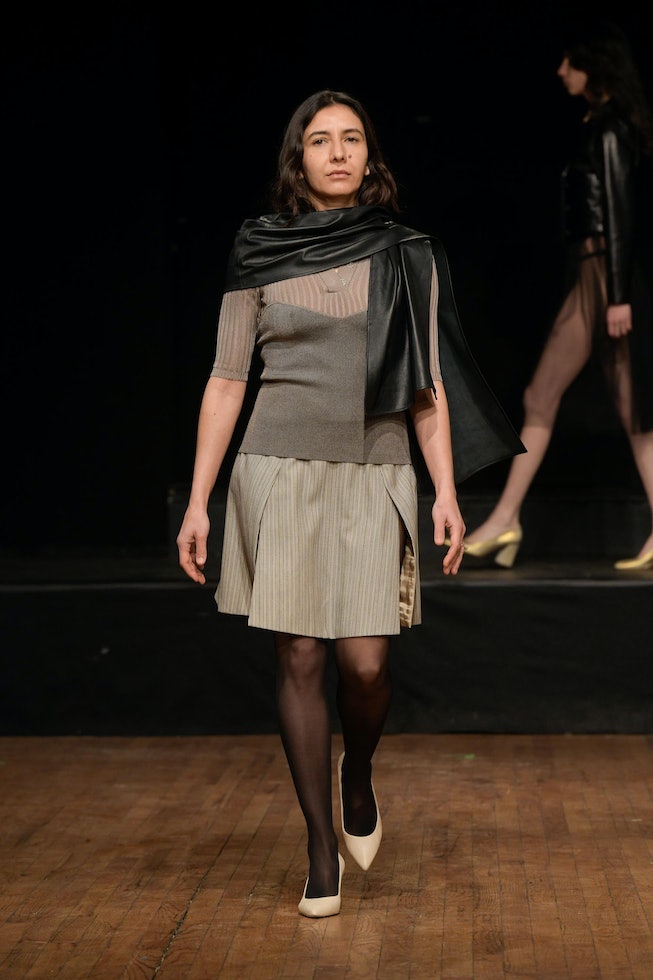 We love a lit girl whose also a little glam — take Marlowe Granados’ fabulous New York Magazine cover or Carrie Bradshaw falling on her face in front of Heidi Klum. Otessa Moshfegh, who wrote all your favorite books including My Year of Rest and Relaxation, is the latest writer to go full glam, walking the Maryam Nassir Zadeh’s FW 22 show during New York Fashion Week.

Even though Moshfegh famously has a sign on her window that reads “VANITY IS THE ENEMY,” it’s an on-brand move for a writer who feels so private, whose brain feels so on another planet than ours to casually walk in a fashion show, adding a little glitter to her air of untouchable genius and solidifying her position as a favorite of lit girls worldwide. Plus, there’s the cultural connection; bother Moshfegh and Nassir Zadeh share an Iranian background.

Moshfegh looked impossibly chic in a rib knit, slitted miniskirt with a black leather scarf. Vogue reviewed the show, writing that the novelist was a fitting choice for the unbothered, cool nature of the Lower East Side designer.

“Both women have a shared affinity for character building and quirk; nothing normal happens on an MNZ runway or in a Moshfegh novel,” Vogue said. “Or maybe both women are able to pick up on the very strange circumstances of a seemingly normal life. Zadeh’s garments are proudly of the anti-fashion movement—something Laird Borelli-Persson has been tracking the re-emergence of for months—and her garments are more about reflecting the vast interior lives of the people who wear them.”

It’s true; Moshfegh expertly writes about life if it was just off-center. Her tall, thin, and blonde gallery assistant narrator who needs to obsessively, constantly self-medicate in My Year of Rest and Relaxation could have easily just as been as model.

Whatever the reason is, we’re grateful for what else is in store for the press run for Moshfegh’s forthcoming novel Lapvona, which, according to the description goes places even Moshfegh hasn’t gone before: “In a village in a medieval fiefdom buffeted by natural disasters, a motherless shepherd boy finds himself the unlikely pivot in a power struggle that puts all manner of faith to a savage test.” We’re invested. Lapnova is out June 21. In the meantime, you can watch Moshfegh walk for MNZ, below.