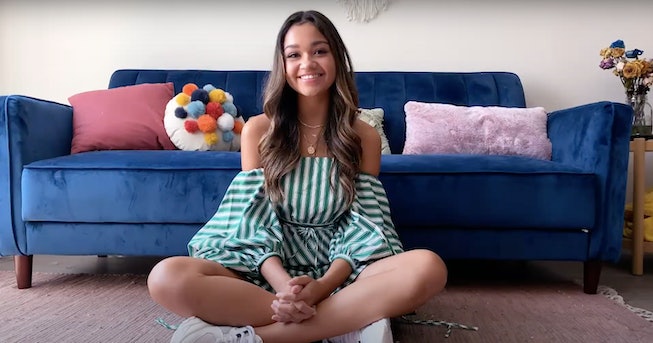 Debuting more than a year ago with episodes that featured Lana Condor and Awkwafina, Hi Anxiety has continued to use its platform to reach the more than 40 million people in the United States that suffer from an anxiety disorder. Along with an Instagram account that features daily encouraging messages, the series is centered on conversations with celebrities.

The featured conversations are honest and heartfelt, including one in which Hayley Kiyoko acknowledges that she felt anxiety and panic attacks were difficult to navigate. "A lot of my friends didn't understand what I was going through, until I expressed it to them" she says in the video. Admitting that she had a childhood fear of being judge, she credited social media with allowing her to find a space where she could connect with others.

For her video, Bailey shares that she experienced lifelong panic attacks, but never truly understood that she had anxiety. She credits therapy with allowing her to better navigate what was happening to her, and she was diagnosed with Borderline Personality Disorder. She now attempts to avoid triggers, or things that hurt her mental state, and she offered advice to others, saying to "just be present, and focus on the things that you have control over."

Lauv discusses the moment he was diagnosed with obsessive-compulsive disorder in his video, and shares that he's used music, including the single, "Modern Loneliness" to convey his emotions about mental health. As for Rush, she admits that she was a "stressed out kid," but as she's grown older, she's found ways to cope with feeling anxious, including meditation.

Watch some of the newest videos in Hi Anxiety, below.