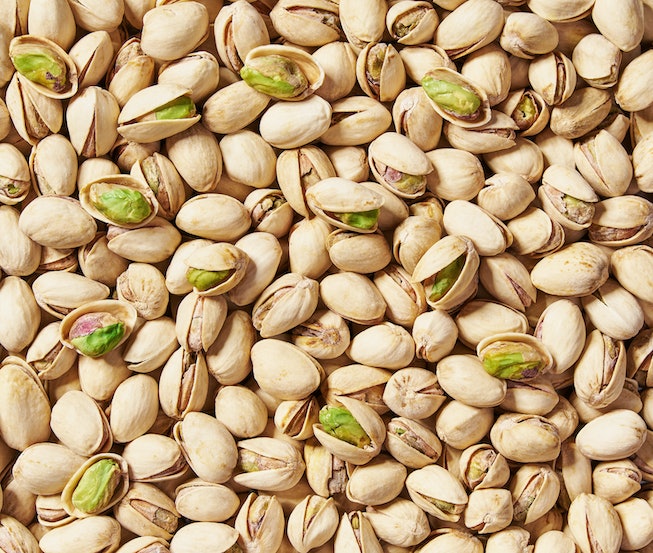 Pistachios are famously an expensive nut, and on June 19, a California man took it too far and was arrested after being accused of stealing a tractor trailer carrying 42,000 pounds of pistachios. The central California food processing business Touchstone Pistachio Company discovered 21 tons of nuts were missing while doing an audit earlier this month, leading to the arrest of the 34-year-old man after finding the truckload nearby.

Bizarre as a nut heist may be, it’s far from an anomaly. Apparently, nut heists are pretty common in California, which produces 98% of the U.S. commercial pistachio supply, 99% of U.S. walnuts, and 80% of the world’s almonds. Nut heists were on the rise between 2014 and 2017, according to CargoNet, a company that tracks cargo theft. Turns out that nuts are an ideal item to steal and resell; not only are they high-priced, but they don’t have serial numbers, and therefore can’t be tracked, according to the Washington Post. Who needs to scam electronics, jewels, or art when nuts are profitable and untraceable?

In an absolutely bonkers quote in a Quartz investigation on lucrative nut crime rings, a central California county sheriff said: “I can pull over a car with 20 lbs. of methamphetamine in it and that driver’s going to jail. I pull over 30,000 lbs. of pistachios, I have to prove that those are stolen, otherwise the guy goes on his way.”

Last summer, there was an elaborate nut heist when two men in their 30s were accused of showing up at an almond and pistachio distribution center dressed as divers to pick up shipments. In another seedy California nut crime ring, investigators found nut thieves engaged in an elaborate ploy where they created fake Department of Transportation stickers, used Facebook to find names of real drivers and carried burner phones.

In recent years, nut companies have started taking additional safety measures against the shady underbelly by fingerprinting drivers, according to Capital Press. Although almonds are typically targeted because of their stable high price, pistachios now seem like the crown jewel du jour for nut thief. It is spumoni season, after all!

NEXT UP
Culture
In Cann’s Holiday Campaign, The Greatest Gift Is Being Chill
Culture
“Goblin Mode” Is The Word Of The Year
The Art Issue 2022
True Life: My Partner Is Obsessed With NFTs
Culture
Art Basel Miami Beach Debauchery & More Party Photos You Missed