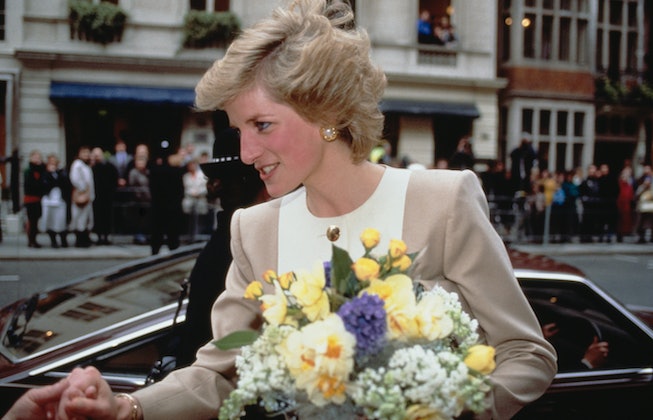 Like apparently everyone else, CNN wants to talk about Princess Diana. The network, as part of its plan to (finally) get into podcasts is launching When Diana Met, a series about the life of Princess Diana.

With the latest season of The Crown, the upcoming film Spencer, which stars Kristen Stewart as Diana, and a recent six-part CNN docuseries, there’s no shortage of media about the tragic life and passing of the late royal. There’s always a balance between talking about history and milking it for the drama, but there’s something that’s staring to feel a little sinister about the sheer, unending volume of media that continues to mine Princess Diana existence for content. Of course, it’s not surprising. We’ve long held a fascination with royals, one that’s only continuing with all things Meghan Markle and Prince Harry (ahem, that Oprah interview that was watched by 60 million people).

When Diana Met will be hosted by Aminatou Sow, co-host of the culture podcast Call Your Girlfriend, and if anyone is able to pull it off with a grace and tact that doesn’t feel like its from corporate media — and maybe even question the ethics of continuously mining her life and tragedy — it’s probably her.

“The space is very crowded right now because it’s a big commemorative year. What distinguishes our podcast from the fray is that it is very personal and it is not really focused on the glitz and the glamour,” said Sow. “We are in this moment of reexamining a lot of the ways that we have treated public figures and in the case of Princess Diana — someone who d*ed very, very young a long time ago — there is still a lot of opacity around who she is so we really wanted to look at a lot of these pivotal moments in her life to see what they can tell us about where she was at in her life, but more importantly where the public was at in how we were perceiving her.”

On the podcast, Sow will dive into some of Diana’s most notable meetings with public figures and explore big cultural moments, like when she danced with John Travolta or introduced Prince William to the world, while other episodes will focus on “quieter, less-known moments.” Guests will include Diana’s former hairstylist, authors, and journalists. The structure of the episode is “When Diana Met X,” with the first episode titled, “When Diana Met Camilla” — really starting it out with a bang! — which Sow will discuss with Candice Carty-Williams, author of Queenie. The When Diana Met podcast airs November 10.