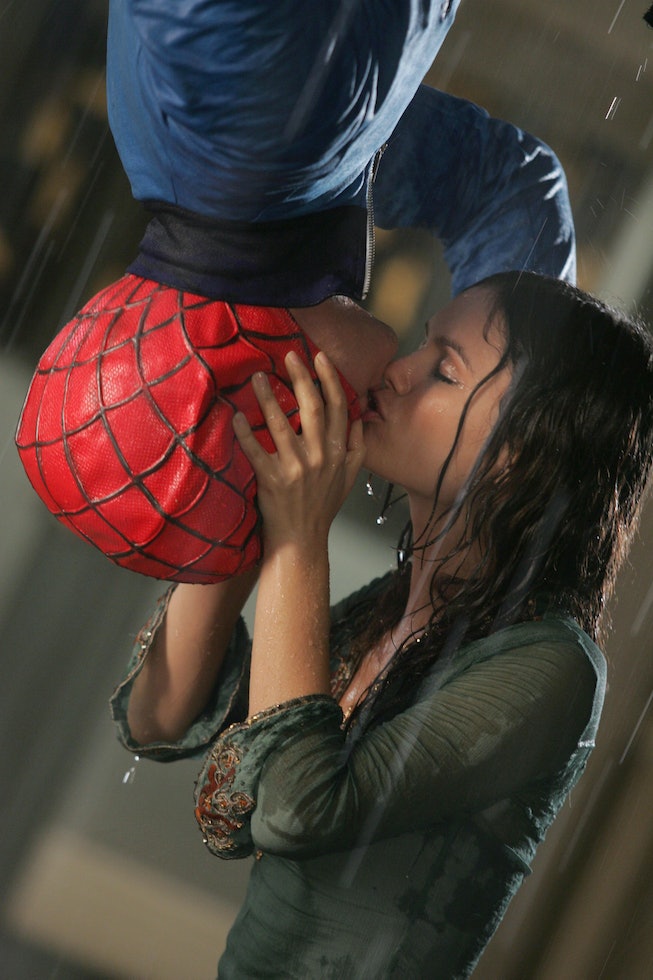 Adam Brody gave some hearty O.C. related gossip as the latest guest on Rachel Bilson’s and Melinda Clarke’s (who played femme fatale Julie Cooper) podcast Welcome to the O.C., Bitches! where they revisit episodes of the iconic 2000s show and interview cast members and other pals.

In a Gossip Girl reboot era, it’s the project that combines nostalgia with a healthy dose of self-reflection, especially as far as Brody’s concerned. While Bilson has told NYLON she’s gung-ho for an O.C. reboot, Brody sounded a little more on the fence when he talked about it on the podcast.

“I kind of don’t think it can be done, because socially we’re in a different place and we’re in a more conscious place. While The O.C. claims to be, in a similar sense as a Gossip Girl, while it would sort of says it’s a critique, it’s not. It’s a celebration. It’s a celebration of affluence in my opinion,” he says, adding that of course it’s also about relationships and high school and family.

“For me, In a post-Donald Trump America to go, let’s go back to Orange County, I feel like you have to have a real reckoning politically and socially, and is that what people want to see with this show? I don’t know,” he continues. “And is there a way to do both? There is, I suppose but in my eyes, I probably want to torch it more than the fans would want.” (He also went on to say that pretty much every reboot he’s seen sucks. Can’t argue there!)

Bilson was more hopeful, saying that if Brody, O.C. showrunner Josh Schwartz, and Benjamin McKenzie, who played Ryan, put their brains together, they could “come up with something really smart.”

The three former co-stars also talked at length about how the character of Seth Cohen was a fusion of Brody and Schwartz, especially in terms of Brody’s interest in bands like indie music and comic books. Apparently, Rachel Bilson’s dad and Adam Brody even wrote a comic book together during the show, about a Red Scare-era superhero, of which Bilson has zero recollection. She also apparently doesn’t remember watching a single episode, which is bananas. Though Bilson, Clarke, and Brody all bonded over the fact that they all forgot that Caleb, the show’s main antagonist and grandfather, dies.

On the topic of wild plot lines, Brody says he felt like, “we did go through too much story,” and pointed specifically to Marissa’s tragic end as an example, saying he thinks they could have just sent her to rehab. He also said that when they shot the episode where they get stuck in a mall (Season 2, Episode 15), he felt the show was getting “untethered.”

Bilson says watching (rewatching?) the show has been strangely emotional, and that she cries during every episode. She was particularly complimentary of Brody as an actor, despite him repeatedly saying he felt like he was just doing a Vince Vaughn impression, telling him: “You taught me how to act well,” she said. “I was never better than when I was acting with you.”

Listen to Part 1 of the episode on Spotify. Part 2 drops next week — where Brody will hopefully spill even more reflective tea.