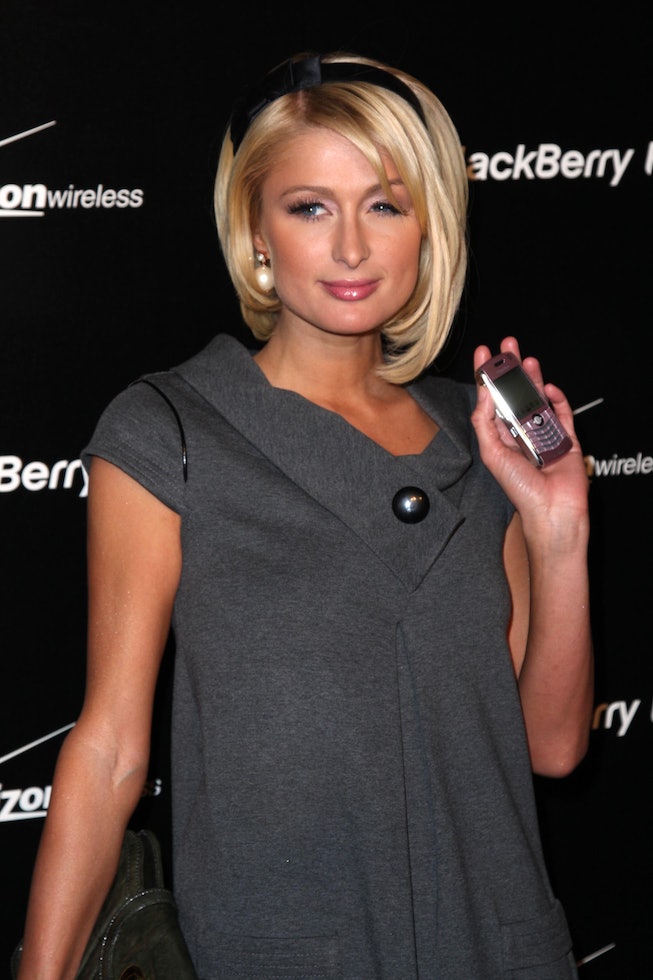 The 2000s are full-fledged back, but as some trends can stand the test of time (Ed Hardy! Grommet belts! Velvet Juicy baguette bags!), others become permanently decommissioned. That’s literally the case when it comes to the BlackBerry phone, which officially stops working on Tuesday.

That means if you have an old Blackberry laying around, it’s time to recycle it, or throw it in a drawer. In the company’s words, the phone “will no longer reliably function,” which means you can’t text or even call 911. (Although you can still play Brick Breaker. Priorities!)

The BlackBerry wasn’t just a phone, but a cultural touchstone. Celebrities from Pharrell to Kim Kardashian (who had multiple) to even Obama (who famously refused to give his up after taking office) were BlackBerry pioneers. There’s an entire Sex and the City episode surrounding Miranda’s BlackBerry. The phone was considered a status symbol of high-end tech for execs and corporate types, featuring a keyboard on the phone years before touch screens reigned supreme, that enabled people to more easily work when not at the office. (Sound familiar?!)

First introduced in 1999, but reaching peak popularity in 2009, the Washington Post notes that the phone was among the first to “introduce the tension that came with eroding the boundaries between home and the office.” They were among the first devices to signify phone addiction becoming a constant part of our lives. BlackBerries were so notoriously hard to put down they were nicknamed “Crackberries.” The BlackBerry was also, of course, the phone that popularized the QWERTY keyboard that taught us all to type with our thumbs.

“The wars waged over BlackBerry use — in the movie theater, at the dinner table, during ballet recitals and T-ball games, while crossing the street — foreshadowed the endless tug-of-war for attention and presence that many face in the age of ubiquitous smartphones, social media and Slack,” writes the Post.

Of course, it was the iPhone that ultimately killed the BlackBerry. After the iPhone debuted in 2007, BlackBerry’s market share went from 20 percent in 2009 to less than 5 percent in 2012, according to Business Insider.

But while the BlackBerry is going dark, another nostalgic 2000s phone is coming back in a re-imagined way. Twenty years after its first release, Nokia is revamping its classic Y2K-era phone, or what we now commonly refer to as the “brick,” if you want to get a little analog in your life. Now let’s just hope BlackBerry’s fate doesn’t come for the greatest cell phone of all time: the pink Motorola Razr.