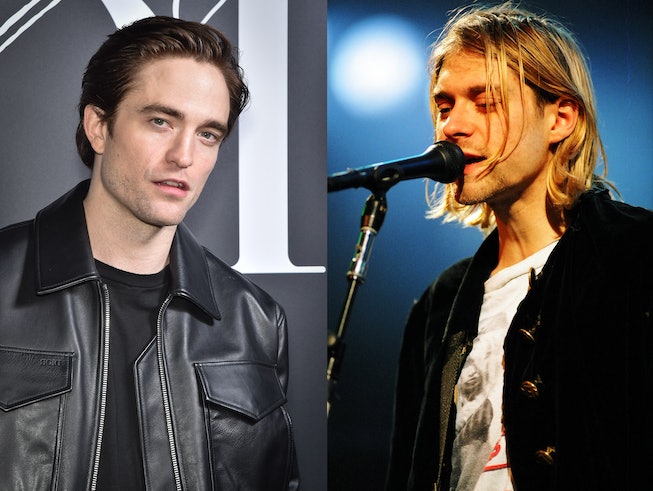 The newest iteration of Batman — which we certainly needed — was inspired by none other than rocker Kurt Cobain according to the film’s director, Matt Reeves.

“When I write, I listen to music, and as I was writing the first act, I put on Nirvana’s ‘Something In The Way,'” Reeves told Empire Magazine. “That’s when it came to me that, rather than make Bruce Wayne the playboy version we’ve seen before, there’s another version who had gone through a great tragedy and become a recluse.”

He continued: “So I started making this connection to Gus Van Sant’s Last Days, and the idea of this fictionalized version of Kurt Cobain being in this kind of decaying manor,” the director said.

Cobain makes a lot of sense as a blueprint for Bruce Wayne, a famously sad boy who, after the traumatic loss of both his parents, lives a double-life as a crime-fighting gadget hoarder. While the original iterations of Batman were super campy, Christian Bale’s Batman had a palpable air of melancholy over him, which, to be fair, anyone would have if they lived in such macabre living quarters. Pattinson’s will apparently take that melancholy even further.

Reeves went on to talk about how he knew he wanted to cast Pattinson in the film from his work in the Safdie Brothers’ Good Time. “In that movie, you could really feel his vulnerability and desperation, but you could also feel his power. I thought that was a great mix,” Reeves said. “He’s also got that Kurt Cobain thing, where he looks like a rock star, but you also feel like he could be a recluse.”

Personally, I think Reeves missed an opportunity to credit Pattinson’s work in Twilight, where Pattinson has a glaring intensity and sadness that is only punctuated by being in the grey fog of the Pacific Northwest, a setting that undoubtedly also contributed to Cobain’s forlornness. Of course, the real awkward thing here is glorifying Cobain’s sadness at all, considering that he took his own life in 1994.

Anyway, we’re eagerly awaiting Pattinson in, well, anything, but we’re even more excited to see Zoë Kravitz as Catwoman and curious about dark horse Paul Dano as The Riddler. The film is set to be released — after many COVID-related delays — in March 2022. Watch The Batman trailer, below.