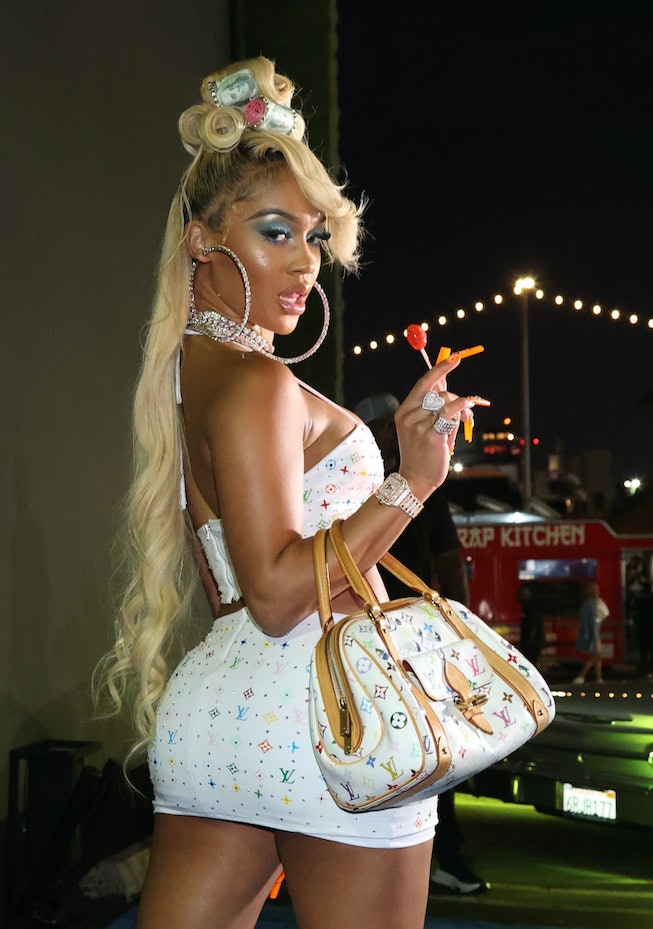 In its latest celebrity menu collaboration, McDonalds is teaming up with Saweetie, the rapper known who moonlights as a foodie in terms of ludicrous and often questionable food combinations. Grab the Tums!

The noted culinary provocateur frequently posts about her her favorite recipes, which include Hot Cheetos on pizza, ranch on spaghetti, Top Ramen seasoning on oysters (a high-low combo for the ages!), ramen with Hot Cheetos and hot sauce (doesn’t sound horrible), and on at least one occasion, combined a Big Mac with a McChicken sandwich, which she calls a McGangbang burger.

“I like have dreams about recipes and when I make them, they taste good,” she said in an Instagram Live earlier this year. “I’m just really a foodie, y’all, don’t mind me.”

McDonalds teased the collaboration with an ad on Instagram that shows sparkling french fries and tear drop dollops of ketchup. On Instagram, Saweetie posted the ad and wrote, “WHO’S READY FOR ONE OF MY INFAMOUS CONCOCTIONS?!!”

The rapper’s meal includes a Big Mac, 4-piece Chicken McNuggets, medium fries, a medium Sprite®, and Tangy BBQ Sauce and “Saweetie ‘N Sour” sauce — which is literally just Sweet ‘N Sour sauce, so don’t get too excited. The burger chain is also rolling out special packaging for the meal to ensure that it’s as icy as Saweetie herself.

Saweetie’s forthcoming meal follows the meals from BTS and J Balvin, the former of which McDonald’s said played a “significant” role in their recent sales surge, both domestically and internationally — and outperformed the 2020 Travis Scott meal. That being said, our money’s on Saweetie’s being the most intense of the lot!

“The BTS Meal drove visits to our restaurants and significant lifts in Chicken McNugget sales – one of our core menu items,” McDonald’s told Nasdaq, after the fast food chain reported same-store sales had jumped by 25.9% in the past quarter ending June 30.

The BTS meal consisted of a Coke, medium fries, 10 chicken nuggets and limited-edition chili and sweet cajun sauces. Saweetie’s may not include Cheeto dust or oysters, but there’s still plenty of opportunity to get freaky with the combinations and do her justice. Those with the most adventurous tastebuds can try it out when it lands on August 9.

NEXT UP
Life
Demi Lovato Slams Child Stardom
Life
A Studio Ghibli-Inspired Cookbook Is Coming To A Kitchen Near You
Life
On The List (With Melissa Rich): The Highs & Lows Of Solo Partying
Life
Alison Roman Is Getting Her Own Cooking Show