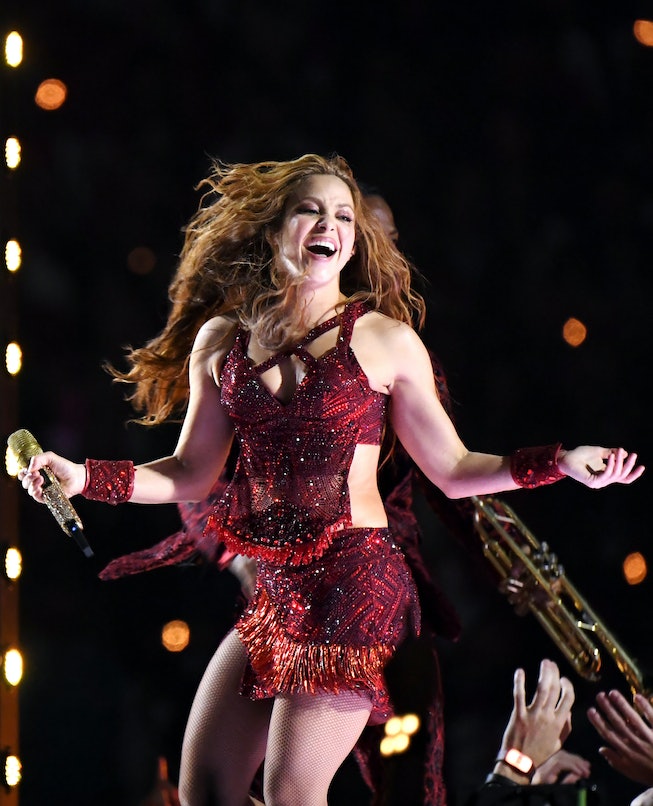 Like Machine Gun Kelly and “weed,” the words “wild boar” will now forever be synonymous with Shakira. In a new interview, the singer gave us the much-anticipated dirty details of her bizarre boar attack in Barcelona in September — when she and her son were ambushed by two wild boars who stole her purse.

The story first surfaced in September, when Shakira posted a series of Instagram stories presenting the scuffed-up bag. "They were taking my bag to the woods with my mobile phone in it," she said in the video. "They've destroyed everything.” She then coaxes her son: “Milan tell the truth. Say how your mummy stood up to the wild boar.” In a recent interview for her Glamour cover story, Shakira gave a play-by-play on what happened on that fateful day:

I was taking my son Milan for a walk in the park, and I got him a little ice cream. We sat on one of those park benches, and we were just minding our own business. And then two huge wild boars came from the back and ambushed [us] and took my purse!

And I was like, “Oh, my God! Oh, my God!” and screaming, because they were taking it away, with my phone in it, my car keys, everything! Like they could understand me! And people were just watching, and they weren’t doing anything!…

They started digging inside my purse… Obviously, my son’s sandwich was inside the purse, so that’s why they were so interested. So they took the sandwich and walked away and left my purse. It was wild.

You mean to tell me that people in Barcelona are so chill that not one of them wanted to help Shakira? Celebrities, you know where to flock if you don’t want to be seen! Apparently, wild boars are a huge problem in Spain. According to the BBC, in 2016, Spanish police received 1,187 phone calls about wild hogs attacking dogs, blocking traffic and running into cars.

In the Glamour interview, Shakira also talked about how she and Prince William talk on the phone about environmental efforts (she’s on the panel for one of his initiatives) and about how, the night before her Superbowl performance with J. Lo, she accidentally dyed her hair black.

“My hair is the biggest source of suffering in my life! I couldn't even begin to tell you, things that happen to me only happen to me and my hair,” she said. (Stars: They’re just like us!) “But I tell you something, my hair does really cruel things to me because it's always keeping me on the edge, but it also survives a lot. It's very resilient.”

Cue sweet ending to the cover story about how, like her hair, Shakira is resilient, especially in the face of wild boar thieves.